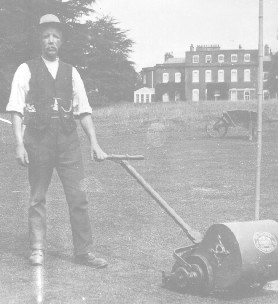 The Shanks Talisman was a sidewheel mower made by Alexander Shanks & Son of Arbroath, Scotland from the beginning of the last century until well into the 1920s. The mower was available in two slightly different versions, one with conventional sized side wheels and one known as a 'high wheel'. This is where the side wheels are larger than average, supposedly to make the mower easier to use on rougher or longer grass. The effect was to reduce the gearing to the cutting cylinder.

Many sidewheel machines had direct drive between the sidewheels and the cutting blade, with teeth cast into the inside of the wheel engaging directly on to gears mounted on each end of the cylinder. The Talisman featured a secondary gear drive mechanism that utilised an intermediary gear between the two main gears. This was designed to make the mower easier to use and to reduce the effect of vibration between the driving side wheel and the cutting cylinder. This made the mower more complex and expensive than conventional mowers, but it was nevertheless employed on other successful designs such as the Pennsylvania. 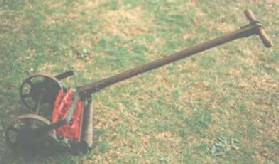 The Talisman was in some respects a copy of the Pennsylvania. It was available in 10 to 21" cutting widths with prices ranging from £2.15.0d for the smallest machines in 1910 to more than £10.10.0d for the largest models at the end of the production run. The mower was still offered in catalogues as late as 1939, although production was not continued after the second world war. Today, the Talisman is less common than the Pennsylvania and examples are seldom seen in collections. 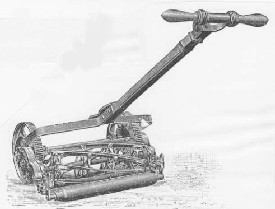