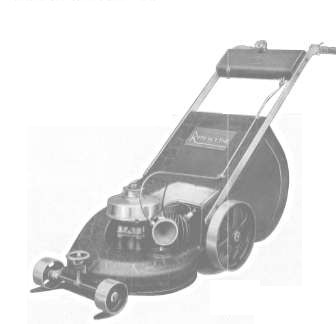 When it was introduced in 1933 the Rotoscythe was a unique design that signaled the future of lawn mowing. It was the first successful rotary mower and its descendants can be traced to the modern grass cutting machines of the 21st century.

The Rotoscythe was developed by Power Specialities of Maidenhead, Berkshire. The company was later acquired by JE Shay of Basingstoke, Hampshire and production of the Rotoscythe continued through the 1950s. Wolseley-Webb produced similar models into the 1970s. Companies such as Mountfield, Atco and Ransomes all produced rotary mowers during this period.

Until the introduction of the Rotoscythe all successful lawn mowers had been based on the simple design of a cutting reel working against a fixed knife bed to achieve the cut. Some lawn mowers had also used the knife/cutter bar employed on larger hay and straw mowers but these were never really popular for garden machines. 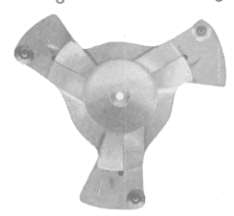 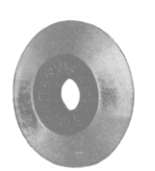 The rotary mower concept was very simple. A circular disc (or in some cases a straight blade sharpened at either end) with protruding blades was suspended directly under a petrol engine and connected directly to the crankshaft. With the motor running, the blade spins rapidly and parallel to the ground to cut the grass. Clippings are ejected in a steady stream, typically into a bag or box mounted to the rear. The whirlwind or vortex created by the spinning of the blade helped in the removal of grass and early rotary mowers were sometimes known as 'vacuum cleaner' mowers. 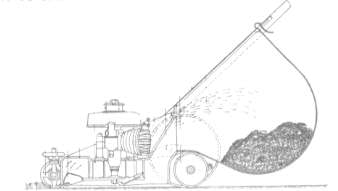 Examples of Rotoscythes from the 1930s are unusual although a few good examples exist in private collections and at museums. Models from the 1950s and later are also unusual but are not as collectable.