The "Favorite" was a roller mower made by Samuelson of Banbury in the latter part of the 19th and beginning of the 20th centuries.

Samuelson was a general iron foundry and agricultural equipment manufacturer that produced lawn mowers from 1854 to early the 1900s. It was one of the first companies to manufacture lawn mowers, initially to the original Budding design, and for a time was seen as a rival to larger companies such as Ransomes, Greens and Shanks.

The "Favorite" was one of the company's roller mowers. It was produced in 8in, 10in, 12in and 14in cutting widths. The smallest models were designed to "be used by a "young lady", according to the company's catalogues. It was fashionable during the late Victorian era for well-to-do women to exercise doing simple tasks in the garden. The larger models were designed to be used by two people, often a gardener and his assistant, with one walking behind the mower to control and steer it and the other pulling on a rope attached to a bracket at the front of the machine. This was common practice for mowers of 12in to 16in cutting widths. 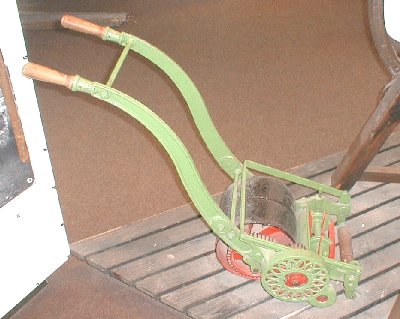 One of the more interesting features of the "Favorite" was the ornate cast iron gear covers on the side of the machine. These protected the gears from being damaged by small stones and other debris that might be kicked up from the lawn during mowing. A number of machines from the period had similarly ornate gear covers, perhaps signifying that the mower was designed to be used by the owner rather than the gardener.

The spelling of the name "Favorite" is correct and was used in a number of Samuelson's catalogues. However, the company also used the more conventional spelling "Favourite" in some of its advertisements.

Samuelson stopped manufacturing lawn mowers before the First World War. The company never really recovered from the agricultural depression that occurred during the first part of the 20th century.

Samuelson mowers are relatively rare compared with the better known manufacturers of the period. However, a number of museums and Old Lawnmower Club members have examples in their collections. One can be seen at Banbury Museum as part of a small display about Samuelson's. 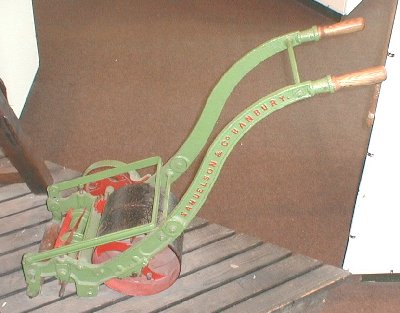