British Anzani Lawn-Rider's - Made from 1962 Onwards

Everybody has contributed some lovely photos sent in of their cherished machines; the field at The Museum is overflowing with exhibits!

I posted Dad's  c. 1966 > "Lawn-Rider" Improved (with the extra clutch lever to deselect the cutters; which was introduced in mid. 1966)  And as I say, some  lovelily other machines.

I hope my brief history was appreciated; and note the Lawn-Rider (with the Villiers 150cc  4 stroke "lightweight"  515H engine) was a 1960's produced machine.

The Villiers 515H lightweight engine was only developed in the early 1960's, the  British Anzani - Lawn-Rider - (4stroke version)   did not become available till 1962.

A popular "urban"  or should i say "turf myth" that the British Anzani designed - Lawn-Rider was a 1950's mower.

People discussing dates of when mowers were produced from  seams to be quite contentious at the moment!?! 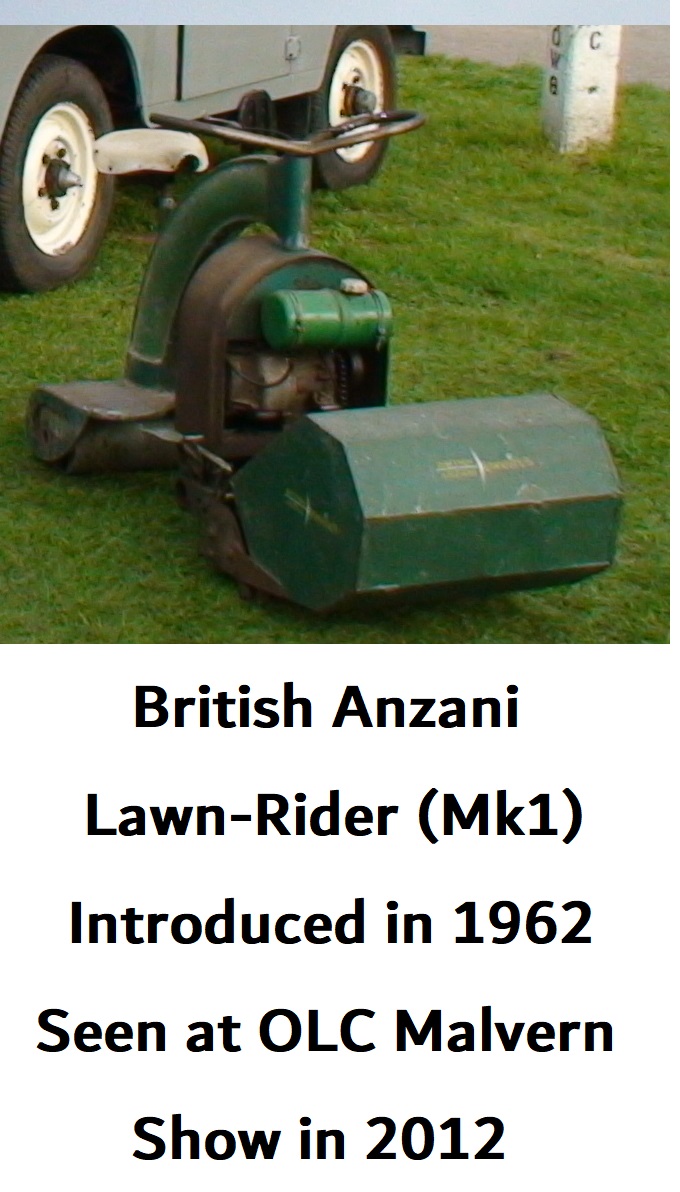