I recently aquired a mower that is quite rare, Known as the Victa Compact, it represents one of Victa's more experimental times.

The Compact & Lightweight mowers were the only push mowers victa has ever released below 125cc (infact the 125cc engine has also now been dropped) they also have a very unique engine design for victa.

Comming in at 85cc, the most interesting thing about the Compact, is not the mower itself, but how it came about.

In the Mid 70's, victa released a 170cc twin cylinder 19" rotarty push mower, known as the 500 Twin. This mower had 2 cast halves to the engine, each half comprised of the head, bore and 1/2 the crank case cast as one, the 2 halves fitted together over the 2 pistons of the horizontally opposed crank, and the 2 cylinders fired together.

Along side this came the Compact, where the front 1/2 of the engine was simpy replaced with a plate that completed the crank case.

I picked up this one for an absolute steal (AU$10) from a local tip shop, all it needs is it's dress cowl and tank, and I will be able to get it working (The starter is part of the dress cowl) 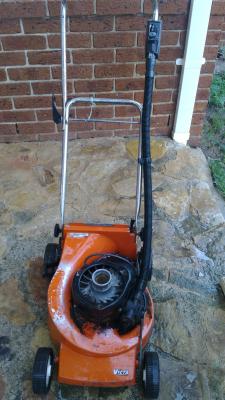 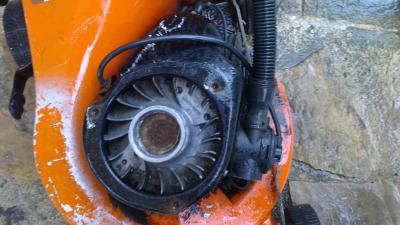 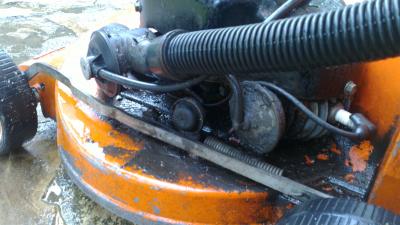 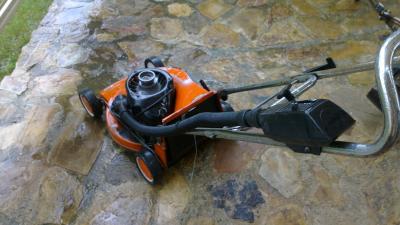 Here is a complete one, that belongs to a friend, along with the Lightweight, which came out a year or so later, with revised ignition. 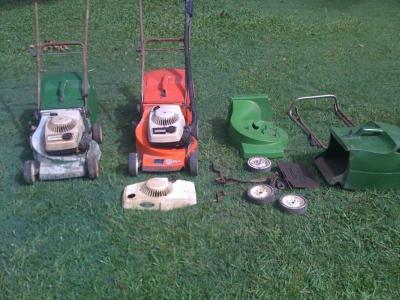 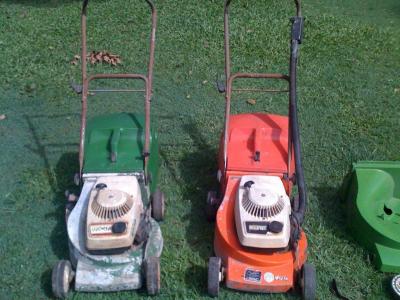