As it is the mower that got me started, and while fairly non-collectable, one of my favorites, I thought I might provide what I know on the Victa VC-160 (and its family) for anyone who is interested to learn a little more about an Aussie mower from the early 70's.

The VC-160 was run from 1970 to 1973, in three different generations. During it's run it was in the premium position of the non-self propelled Victa line-up, and ran as the flagship model for two very important milestones in the Victa story, the first came with its initial introduction in 1970, as the first Victa "Hi-Arch" mower, and the beginning of the 'Catch in the wet' campaign, it ran the Victa 160cc engine, which in itself was only a few years into production, and with an entirely new look, and some major changes to the base plate design, this mower signaled a new era for Victa.

This first generation VC-160, the 1970 V80, was run with the Series 70 MKI 160cc Engine, this engine used the G3 governed carburetor, and the 'Sure Start' Trigger-release wind-up starter, without a decompression valve. The machine was green, with a white cowl, and a plastic green cover fitted to the top of the cowl, covering the starter. It came with a Green 'Armorlite' grass catcher, which was 20% larger than previous Victa Catchers.

During 1971 the release of the next VC-160 came about, this year-model was the V96, and was possibly the best selling of all three VC-160 year-models.

This second generation release saw the introduction of a second Victa milestone flag-shipped by the VC-160 range, the 'ZIP-Start' System, whereby an automatic decompression valve is coupled with a recoil pull starter, and a re-tuned engine, to allow faster engine speeds during starting, this in turn creates a stronger spark, and a stronger 'pull' through the intake stream, to make it easier for the mower to start 'First Time'. It also makes starting easier, by making the pulling motion smoother, and easier, as there is no longer any compression points felt while pulling the cord.

This new engine, was labeled the Series 70 MKII 160cc, and was the same in basic design as the Series 70 MKI, with the addition of the New Starter and Decompression Valve, as well as some re-tuning to the ignition and carburetor, the V96 also had a re-designed Badge mounted to the dress cowl.

The dress cowl itself can be found in two subtle variants, the first has a noticeably smooth, and slightly slanted lip around the hole that the starter passes through, the later variation has a squared lip, wit a circular 'Step' around it, it also has three square indentations, spaced evenly around the edge of the hole, the second one is cast on the same machine as the V80 cowl, and holds the shape that suits the V80 starter cover, the three indentations are where holes and screw-clips to mount the V80 starter cover would go. 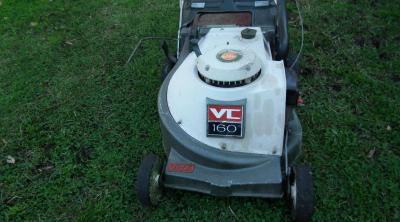 Along with the V96, A new, and very similar machine was released, the V97 VC-125, this Boasted many of the same features and looks of the VC-160, such as the same Hi-Arch base, large catcher, Zip-Starting, and the VC-160 Styling, however, it was powered by the 125cc version of the Series 70 MKII Engine.

It also lacked a few of the 'Refinements' of the V96 VC-160, such as Multi-height handle bars, 8" rear wheels, and the Optical fuel gauge cap. 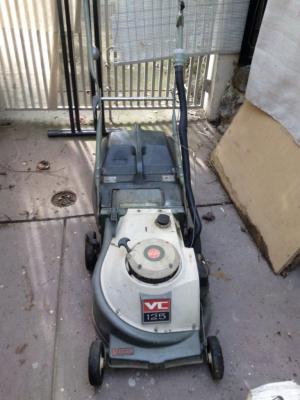 The third generation of the VC-160, is almost identical to the second, utilising the same engine (Series 70 MKII) it simply has an updated Height adjustment Lever, new lower handle folding Latches, and a revision to the catch flap. It was released in 1972, and given the code V111, Like the V96, it had a 125cc Counterpart, the V112 VC-125, which was also a 1971 model, with the same three revisions, the following year the VC-125 name was used on a new mower, this one no longer held the VC-160 styling, it instead held the appearance of a Victa Sports, and was run as the 125cc version of that.

Also, the V111 can be found with two different bases, the first is cast the same as the V96 base, while the second base is cast in the same mould as the VC-1uto Drive MKI (V109) this base has slight markings that indicate where cut outs should be made for the auto drive, as well as a distinct set of belt grooves near the centre hole, under the engine mounts. The V111 can be seen with either of the 2 dress cowl variants of the V96. 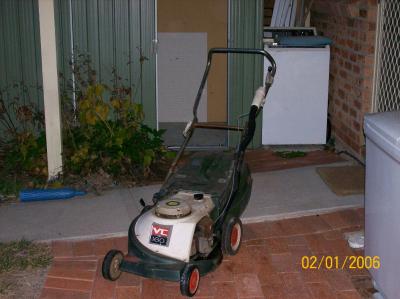 The VC-160 was also released in self propelled, starting in 1972, with the V109 VC-160 Auto-Drive. This mower was based on the 1971 V96, and did not have the V111 revisions. Unlike the previous Victa self propelled model, the late 60's "Self Propelled" the VC-160 Auto-Drive engaged the rear wheels internally, Drive was supplied through a belt driven gearbox, positioned through the rear wall, behind the fuel tank. The tank itself was smaller, to accommodate the belt, tensioner and linkages.

The Drive was controlled by a flip-bar at the top of the handles; this bar made up the 'Comfort-Grip' section of the handle bars, and engaged a clutch within the gearbox when the bar was pushed forward. The V109 had the same colour green base as the standard VC-160, but the words 'Auto Drive' were cast into the top right side of the nose piece over the front axle. The cowl was lime green, and held the standard MKII/MKIII VC-160 Badge. 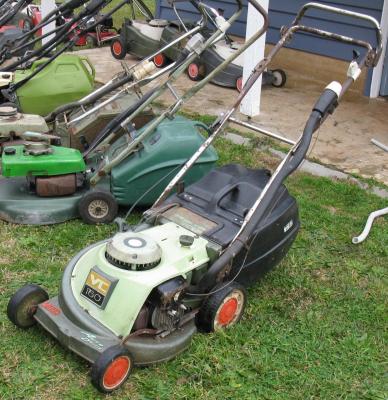 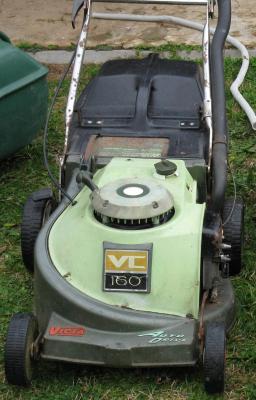 The following Year the VC-160 Auto-Drive was released with a revised gear-box, this was the 1973 V136, this model was still based of the V96 VC-160, and again did not have the revised folding levers of catch flap (the height adjuster for all the Auto-drives is unique from and non-propelled VC-160) It did however take on a new style to the previous Auto Drive, the base was now painted silver, and the cowl grey, the green catcher was replaced with a black one (Auto-Drives cannot take normal VC-160 Catchers, as they have a special cut out in the lip, to accommodate the gear box) It was also no longer Badged VC-160 Auto Drive, Instead it took the name 'VC-Auto Drive' and this was placed directly on the new black backed cowl badge. 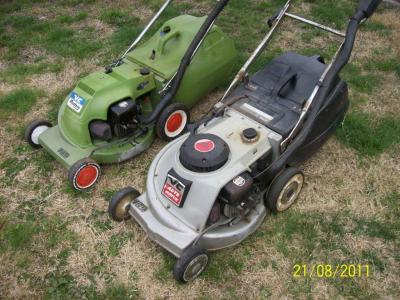 In 1974 The auto drive continued on the same frame and gear box, however it took on the new Series 70 MKIV 160cc engine, which used the G4 carburettor (At this point facing backwards, with no primer bulb) This was the V169, and hit held the same styling, and Badge as the previous year-model. 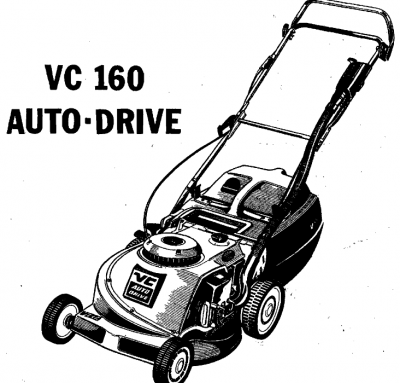 The following year the last mower to hold the VC-160 design was released, the final version of the Auto Drive, the V198 had the G4 carburettor, now with a remote primer bulb, to overcome its awkward location, and a further revision to the gearbox, the drive was now controlled by a small plastic lever, moved by the operator’s right hand. This model ceased production in 1978, signalling the end of all forms of the VC-160. 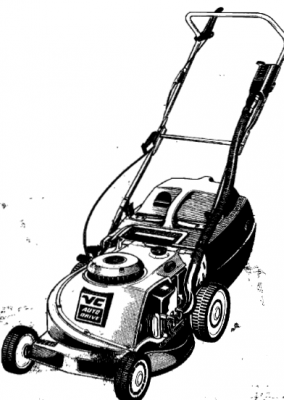 I hope this is useful to someone in identifying mowers and engines, please feel free to comment, or correct anything you know to be different, or missing, as this has only be written to my understandings, and through my own observations.

The MKIV was indeed the G4 Carby's Engine

To My knowledge, Neither were ever a factory-fit to the VC-160.