Like the more common Allen Scythe the Atco Scythe was designed for cutting long grass, weeds and scrub. It is not strictly a lawn mower but, as it was made by one of the leading mower manufacturers, it is of interest to many collectors.

The first Atco scythe was introduced in 1931. This machine had a small Villiers "Marvil" two stroke engine and a single pneumatic-tyred wheel that was large and spoked. Another major difference with the Allen Scythe was that the cutter was mounted on the side of the machine rather than at the front. This arrangement made the Atco Scythe appear similar to the agricultural field mowers that were common at the time. This design ensures that the main body of the machine does not need to pass through the grass that has been cut However, a major disadvantage for these pedestrian operated machines was that the layout made them lopsided and difficult to control. Transmission was belt drive between the engine, clutch and cutting mechanism.

An improved version of the Atco Scythe was introduced in 1936 and remained in production to the end of the decade. This machine also had a single wheel, although this was smaller than the first model's, and was driven by a 147cc Villiers two stroke engine providing more power than the earlier model's engine. The other major improvement was the introduction of worm drive transmission from the engine to the simple, one-speed  gear box although belt drive to the cutter was retained.

Three models were produced after the second world war. The first was introduced in 1947 and was very similar to the previous design. Two new features were the inclusion of the same cone clutch and kick start mechanisms that can be seen on many of the conventional post-1945 Atco mowers. 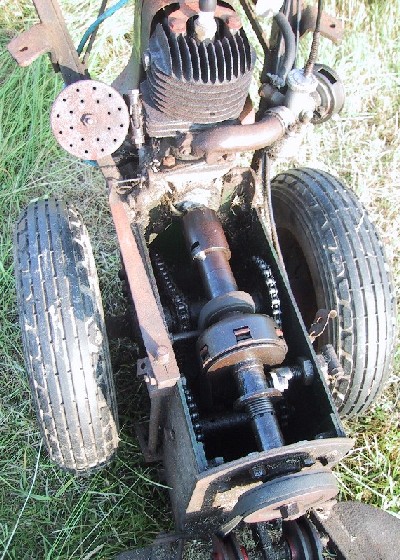 The first two-wheel version of the Atco Scythe was introduced in 1951. The biggest innovation on this design was that the cutter was mounted at the front (as on the Allen Scythe) rather than at the side as on previous model. The same 147cc engine was used as on the previous design although the kick-start was discarded in favour of rope start on the flywheel. Atco offered a number of attachments with this model, some of which it manufactured itself and some of which were sourced from other companies. Attachments included single and dual head rotary mowers, circular saw, chain saw (manufactured by Tarpen), hedge trimmer (manufactured by Tarpen), snow plough, and two types of water pump.

The final Atco Scythe was introduced in the early 1960s and appears to have remained in production for just a few years.

The Atco Scythe was never as popular or successful as the Allen Scythe and consequently examples are much less common. They are an interesting machine for enthusiasts and collectors. 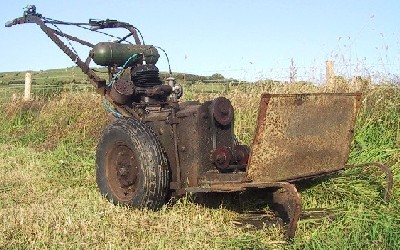