This summer project Britmow will see one of our founding members, Andrew Grout, driving a ride-on lawnmower from Stroud in Gloucestershire to Arbroath in Scotland. Along the way, he'll be visiting a number of sites associated with the history and development of the lawnmower.

Andrew had the idea for Britmow with a number of objectives in mind:

The run is scheduled to start on Sunday 5 July in Stroud, Gloucestershire. This location was chosen because it is where the very first lawnmowers, designed by Edwin Budding, were made by the Ferrabee company from 1832. It's a fitting way to start a tour that will take in other significant mower-related sites along the route. The final destination is Arbroath, Angus, another location with a major lawn mowing connection. The town was the home of Alexander Shanks which was Scotland's biggest mower manufacturer (one of the biggest in the world at one time) and the pioneer of larger machines such as pony and horse-drawn models. Andrew and the Britmow team will reveal additional stop-over locations during the next couple of months. 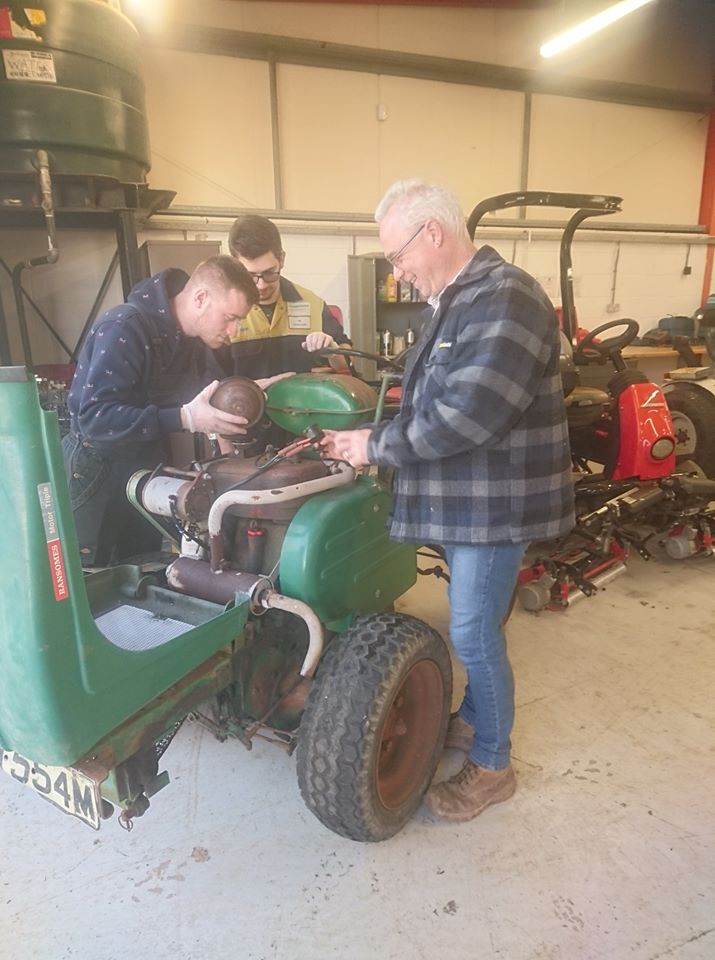 Andrew's choice of mower is a 1970s Ransomes Triple, a familiar site back in the day working on countless parks and roadsides up and down the country. It's one of the few vintage mowers that is capable of being driven on roads although it will require some minor modifications. The preparation work is being undertaken by a team of students from Pershore College, Worcestershire which is recognised for its horticultural expertise. The choice of mower is also no coincidence: Andrew's well-known as a Ransomes aficionado - he has a collection of their mowers dating back to the 1850s including some very early (and large) ride-on mowers. 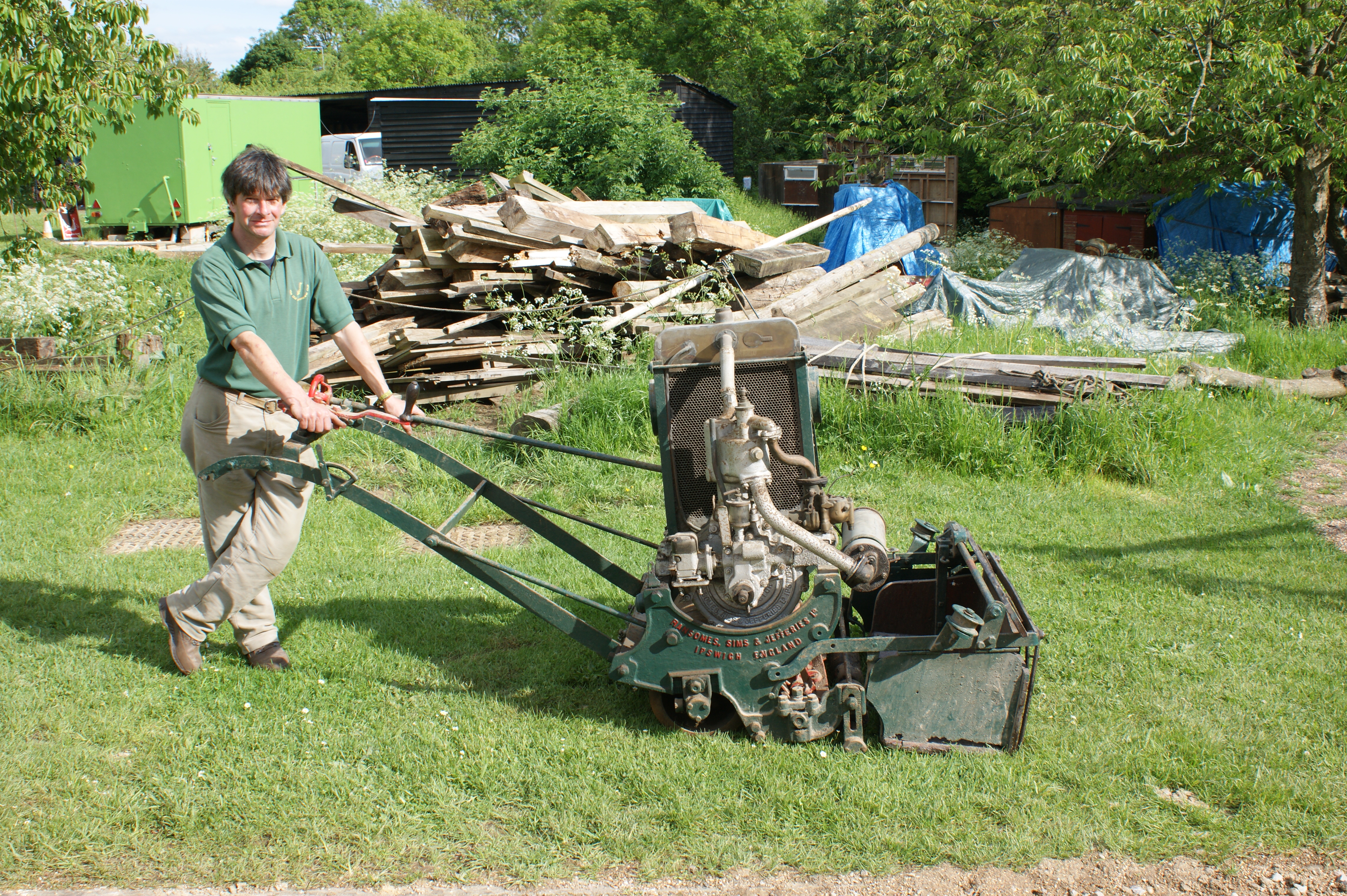 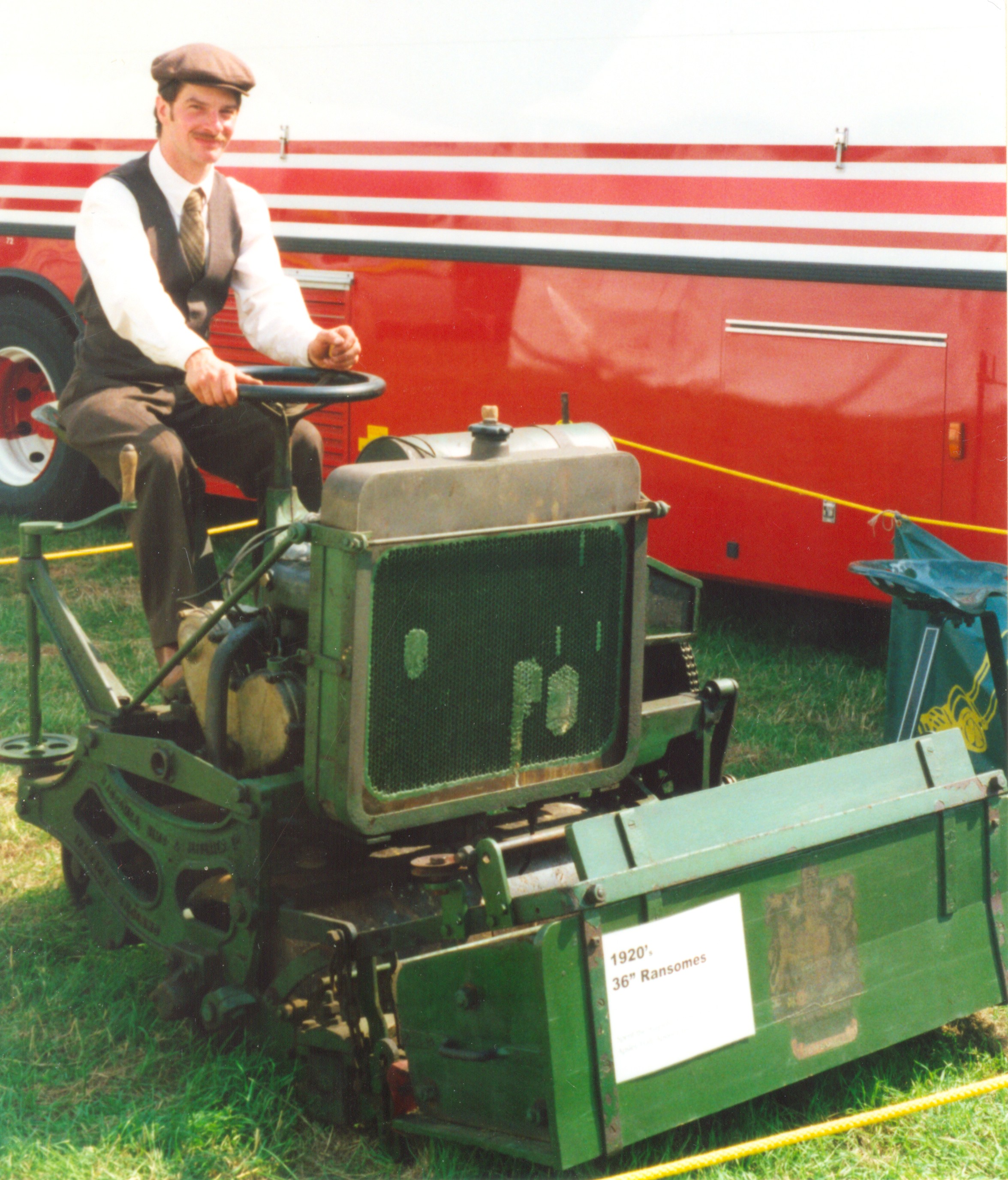 It's also fitting that the run should take place this year because it's the 30th anniversary of our very first annual rally at Milton Keynes. Andrew was present at that event and at an informal get-together at the museum the year before when he was one of the people that had the idea to form the club.

In addition to Perennial, Britmow is supported by a number of companies, organisations and individuals, including Andrew's many friends in the Old Lawnmower Club. We will be providing regular updates on the plans for the road-run over the coming months. Everyone at the Club wishes the whole team the best of luck.