We watched the series in anticipation, and enjoyed seeing members from the club with their cherished mowers!

Naturally it required more content dedicated to mowers, if not the BBC commissioning a program on the subject.

On the history of gardening, I though Alan Titchmarsh's program, several years ago was better and more factual.

Particularly as Monty Don only started his history in the Elizabethan era!   And didn't go to any historic medieval gardens! 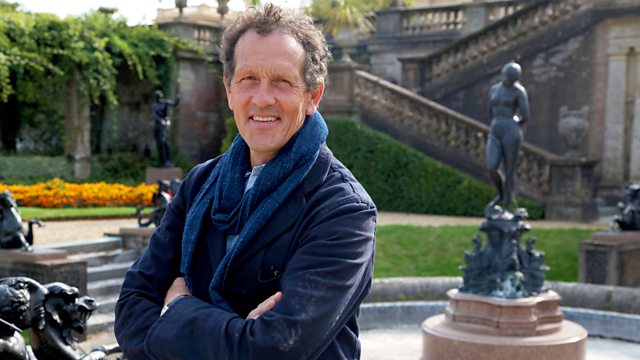 The BBC is broadcasting a brand new series on the Secret History of the Garden. Presented by Monty Don, the series comprises four parts and goes out on BBC2 at 9pm on Sunday evenings with repeats on the same channel on the following Wednesday after Newsnight at 11.15pm.

Each episode covers a different century, starting with the 17th. Christopher Proudfoot - long term club member - recorded some pieces about lawn mowers for the series and we expect these will feature in the final episode, covering the 20th century. All being well this episode will be broadcast on Sunday 13 and Wednesday 16 December.

Christopher actually recorded the footage late last year but it's not unusual for programmes like this to be completed and then shelved for months until a suitable slot in the schedules is available. The first three episodes are currently on the BBC iPlayer where all episodes will be available for a week or two after the final one is broadcast.

Note: this posting is changed to include the correct information about Christopher's appearance and updated information on the scheduling of the programme and its transmission dates. Another club member Brian Radam recorded a sequence for the third episode in the series (covering the 19th century) that was broadcast on Sunday 29 November and Wednesday 2 December.