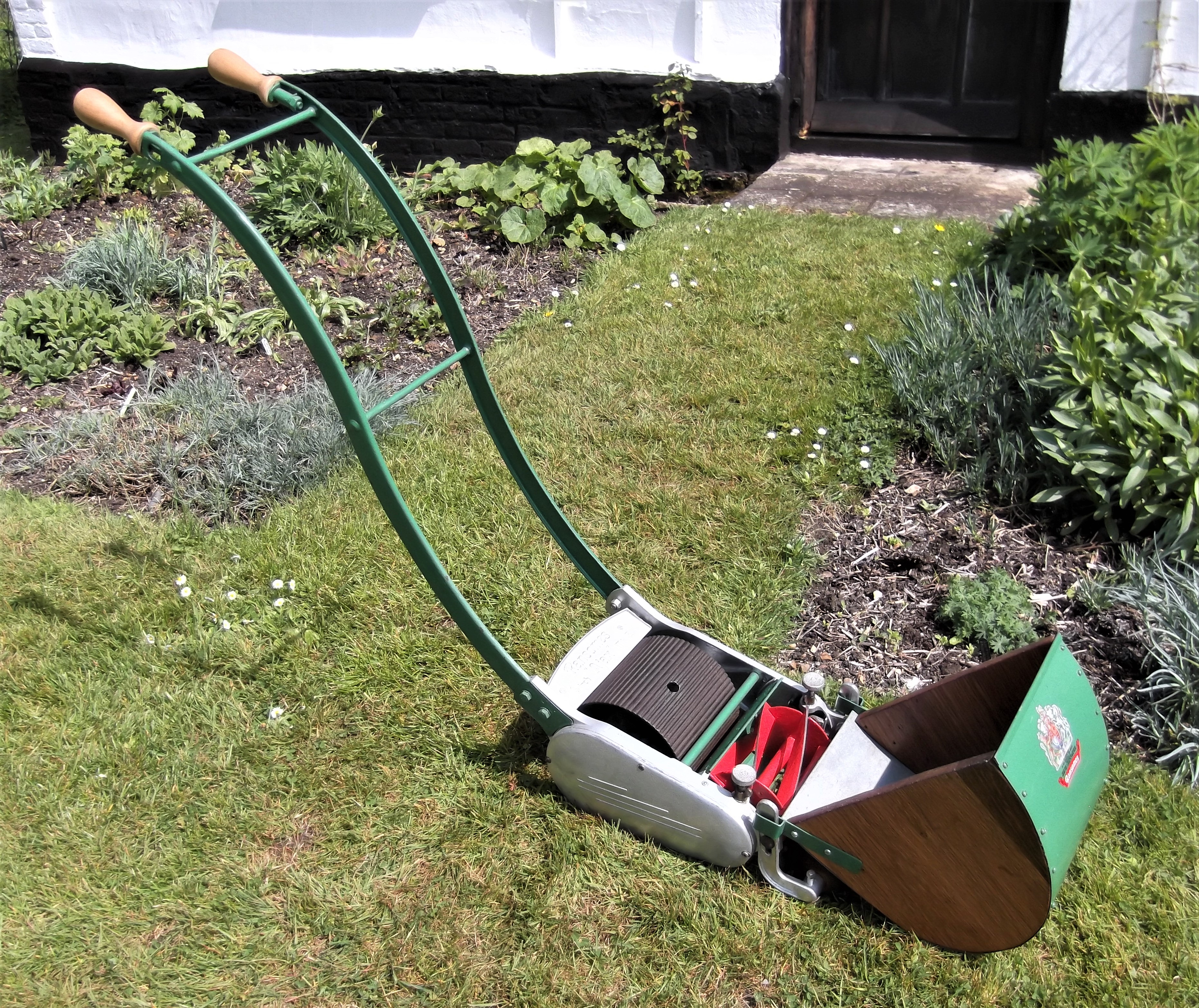 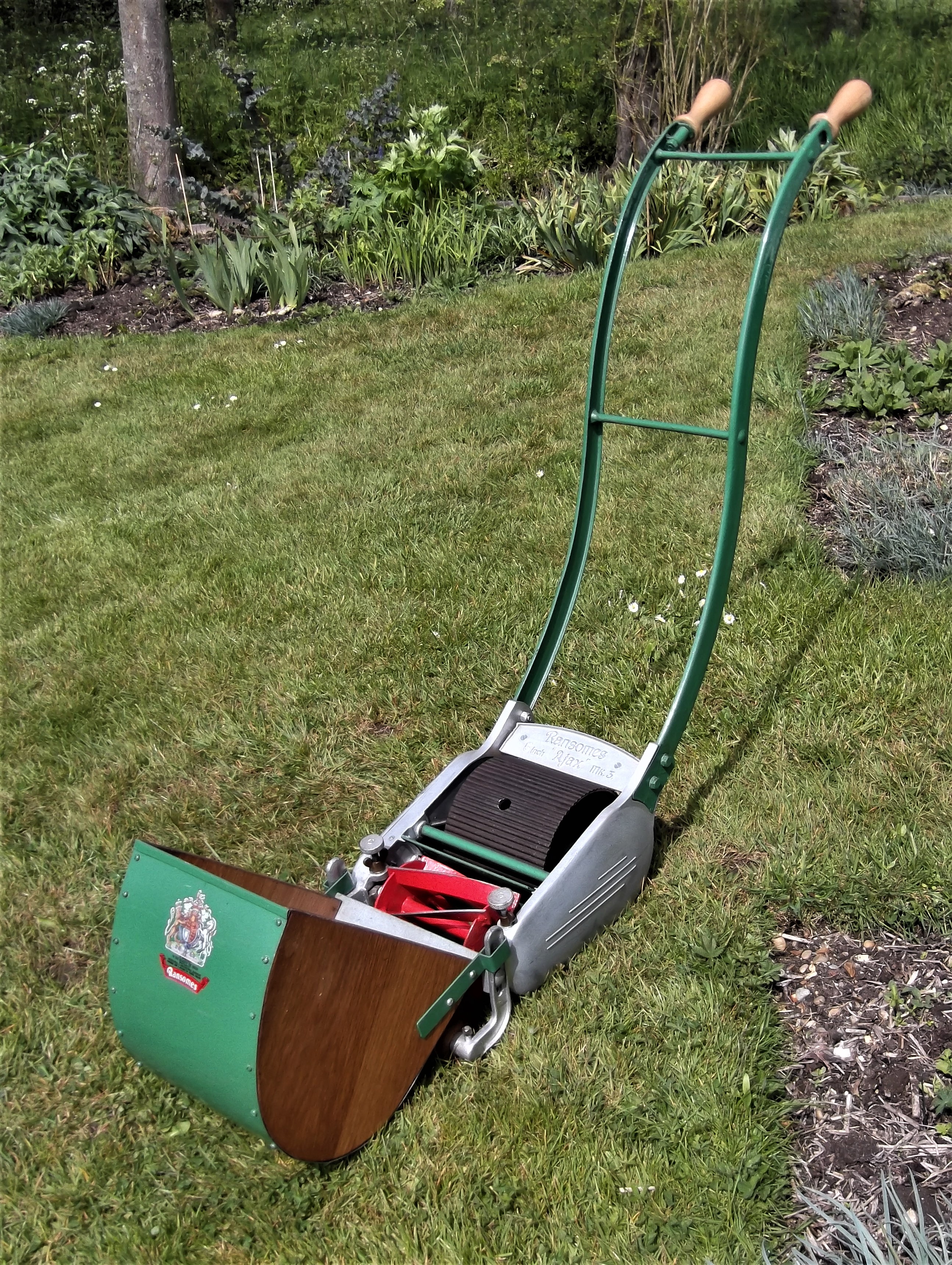 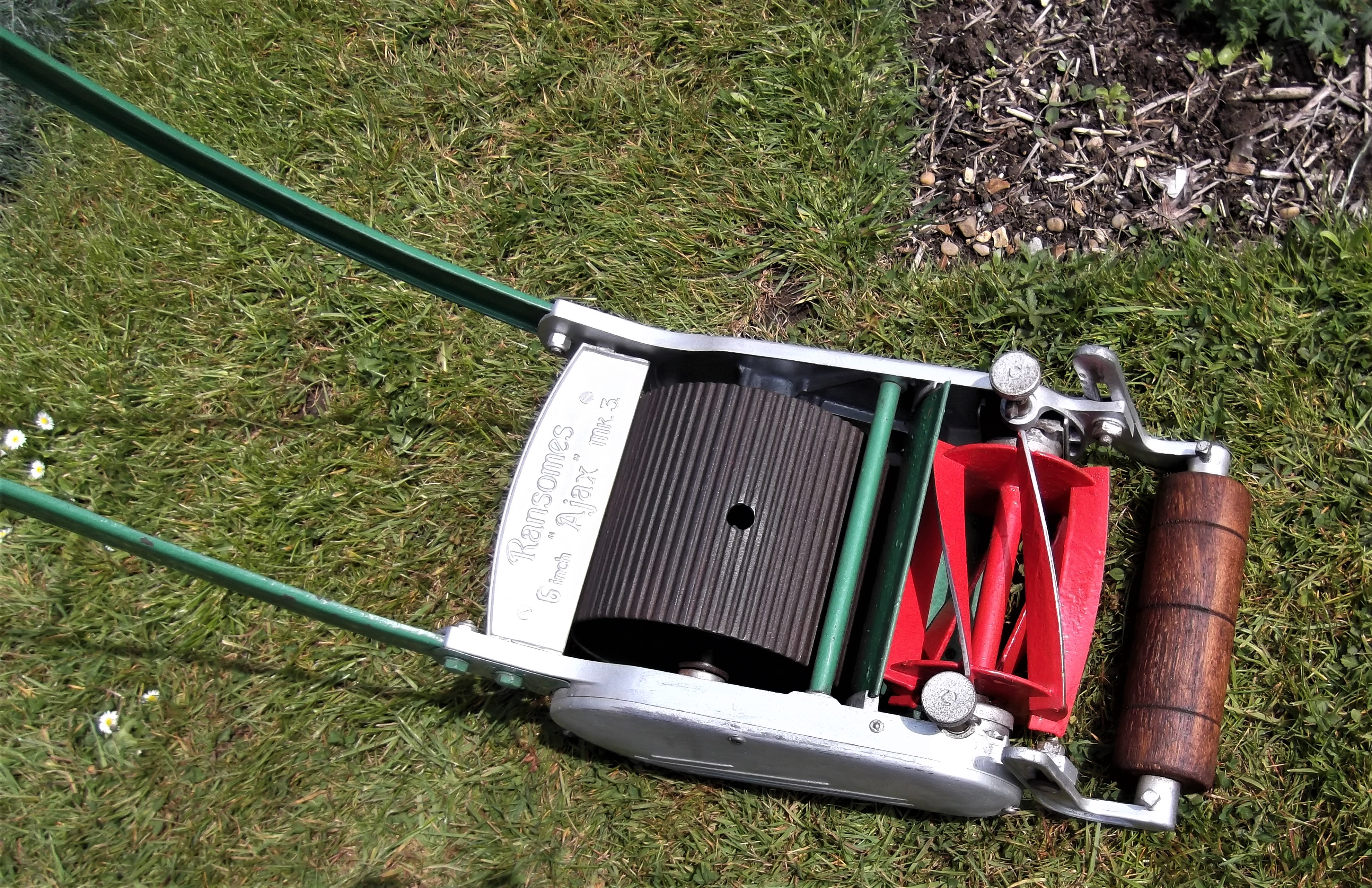 Throughout the 1920's and '30's the continuing expansion of the suburbs resulted in many more smaller gardens. Keen amateur gardeners wanted to incorporate different styles in their plots and one of the most popular was the formal layout of the high Victorian era. Having originally been designed for very much larger spaces the plans had to be drastically scaled down. Beds and borders were accessed by grass paths which often became reduced to a width of 12" or less.Ransomes recognised the need for a new roller mower; the sidewheel machines were less practical in this application, even with a ' front runner ' fitted.  By the late 1930's the most suitable machine was a 9" JP Minor which was £1-1- 6d cheaper than an Ajax. The next nearest was Greens faithful old Silens Messor but the 10" was nearly twice the price. Ransomes therefore experimented with a 6" Ajax, which seemed ideal but never went into full production. It was found to cost almost as much to manufacture as the normal 12" and at the same time most lawnmower production ceased for the duration of WWll.

A plausible story and while many of the facts are true the machine itself is a fantasy. It never existed as far as Ransomes are concerned. It comes from the imagination and skilled hands of long time OLC Member John Barnard. A few years ago he built about six machines, mostly with S handles but a couple I think with the tubular cross-over type. Worth mentioning that it is fully functional - just a bit of fun.