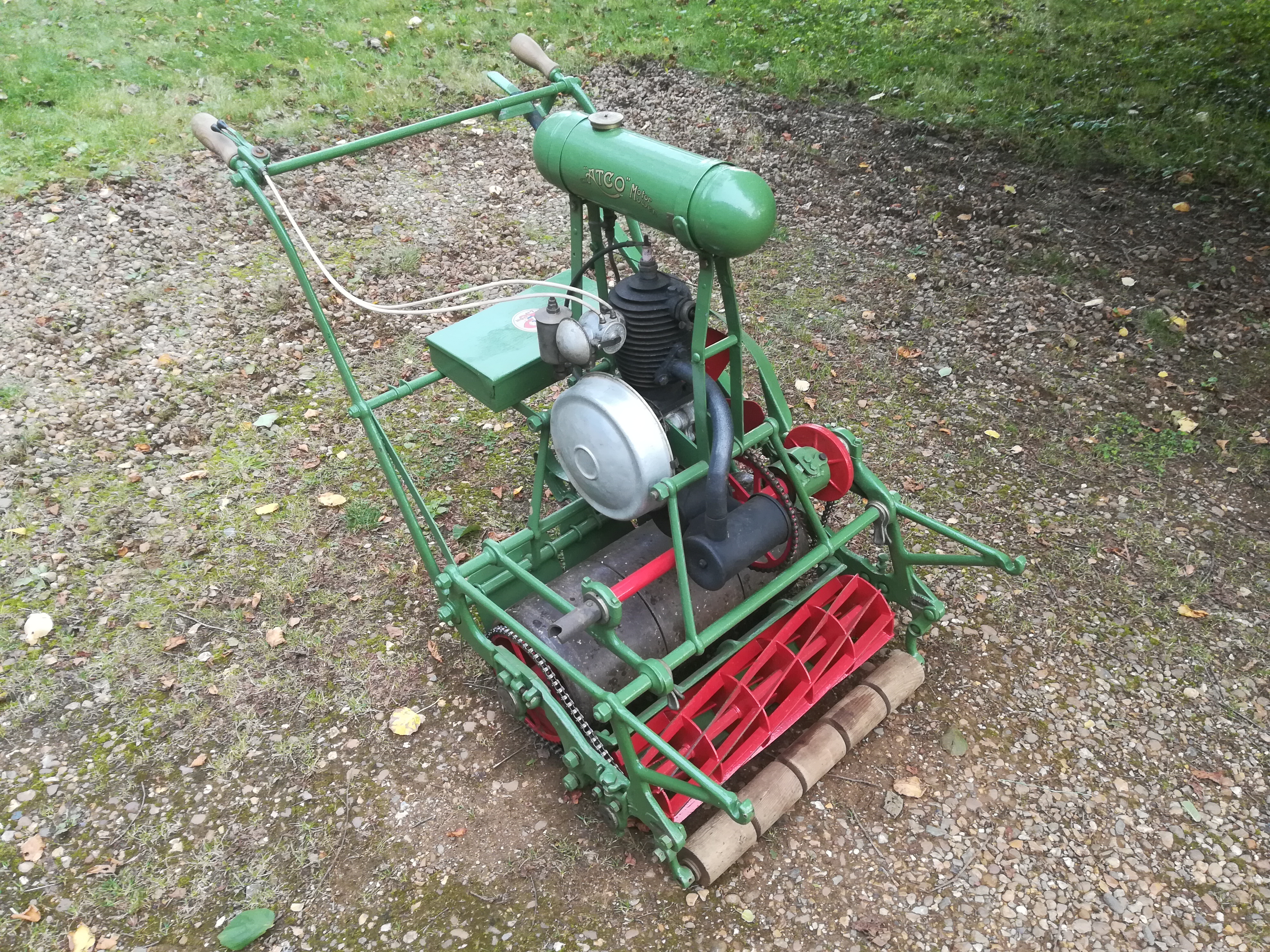 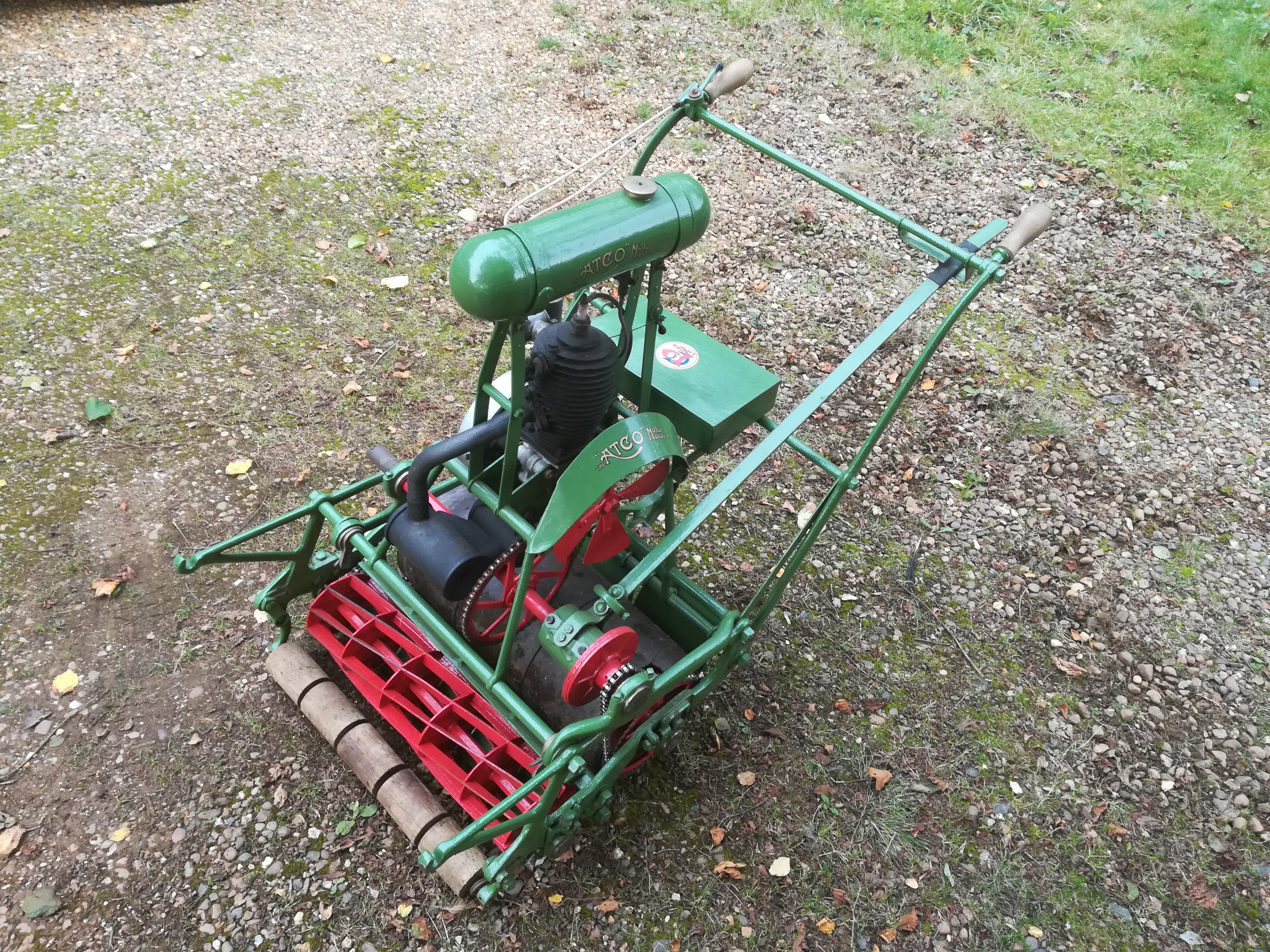 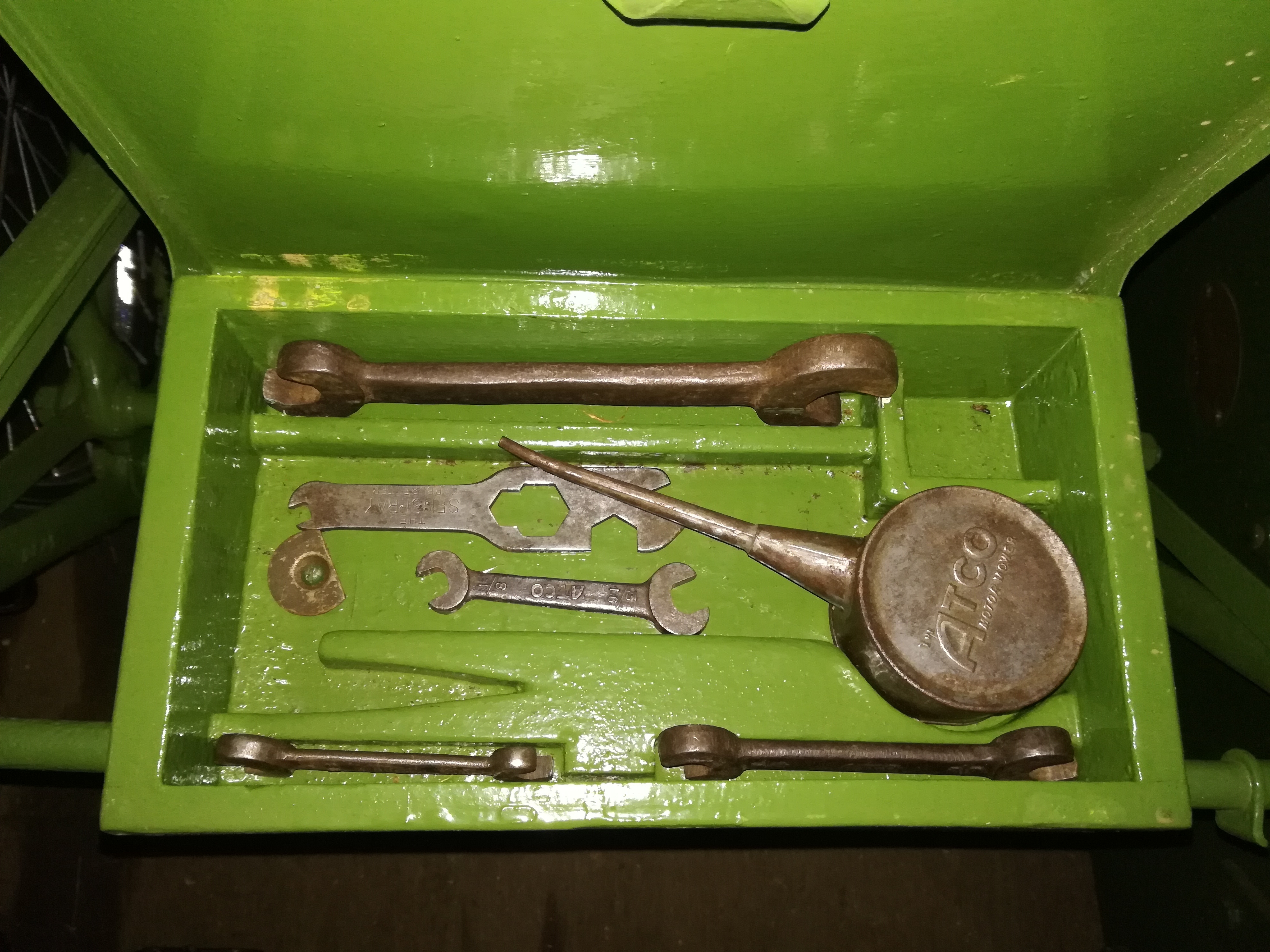 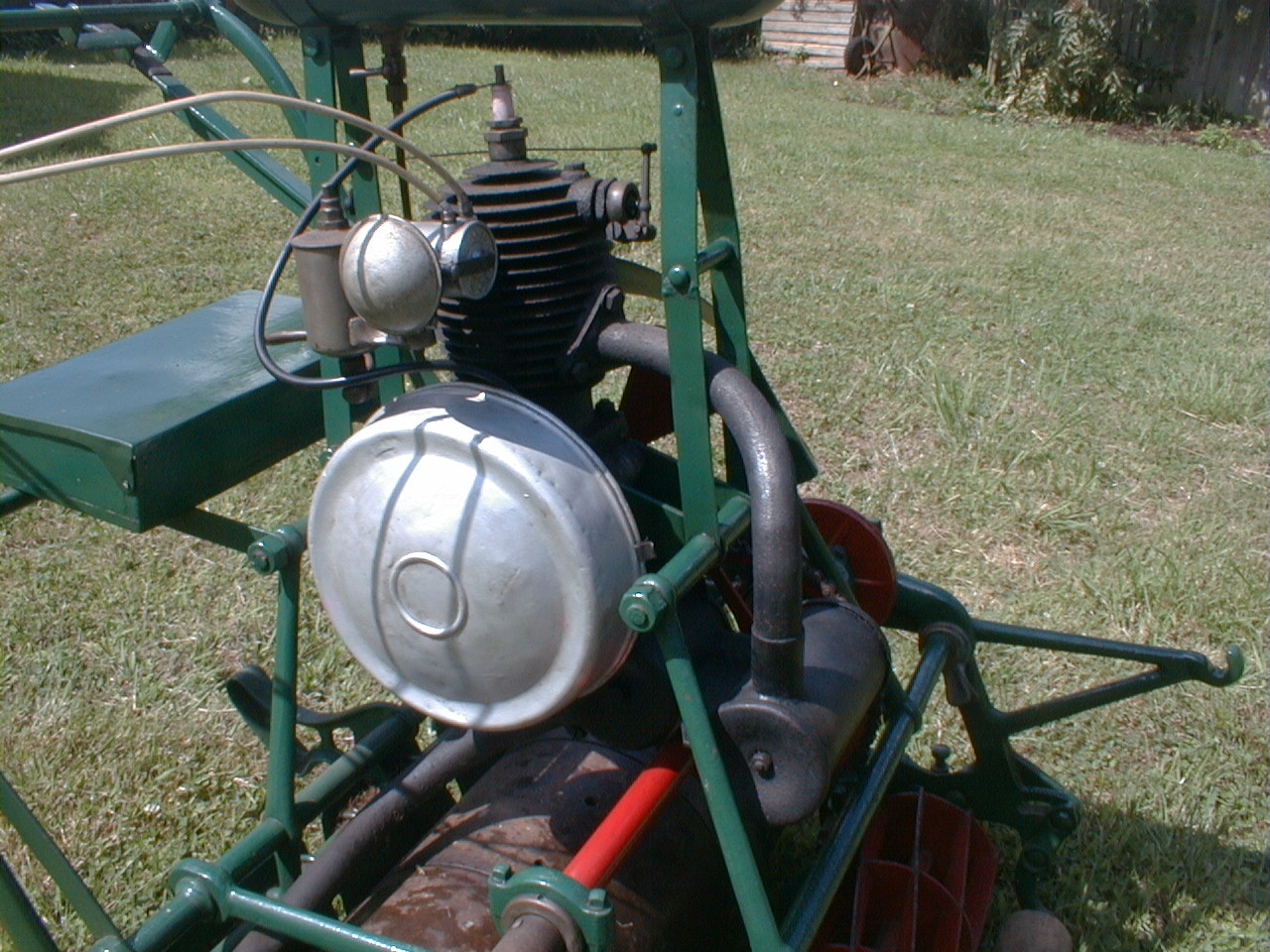 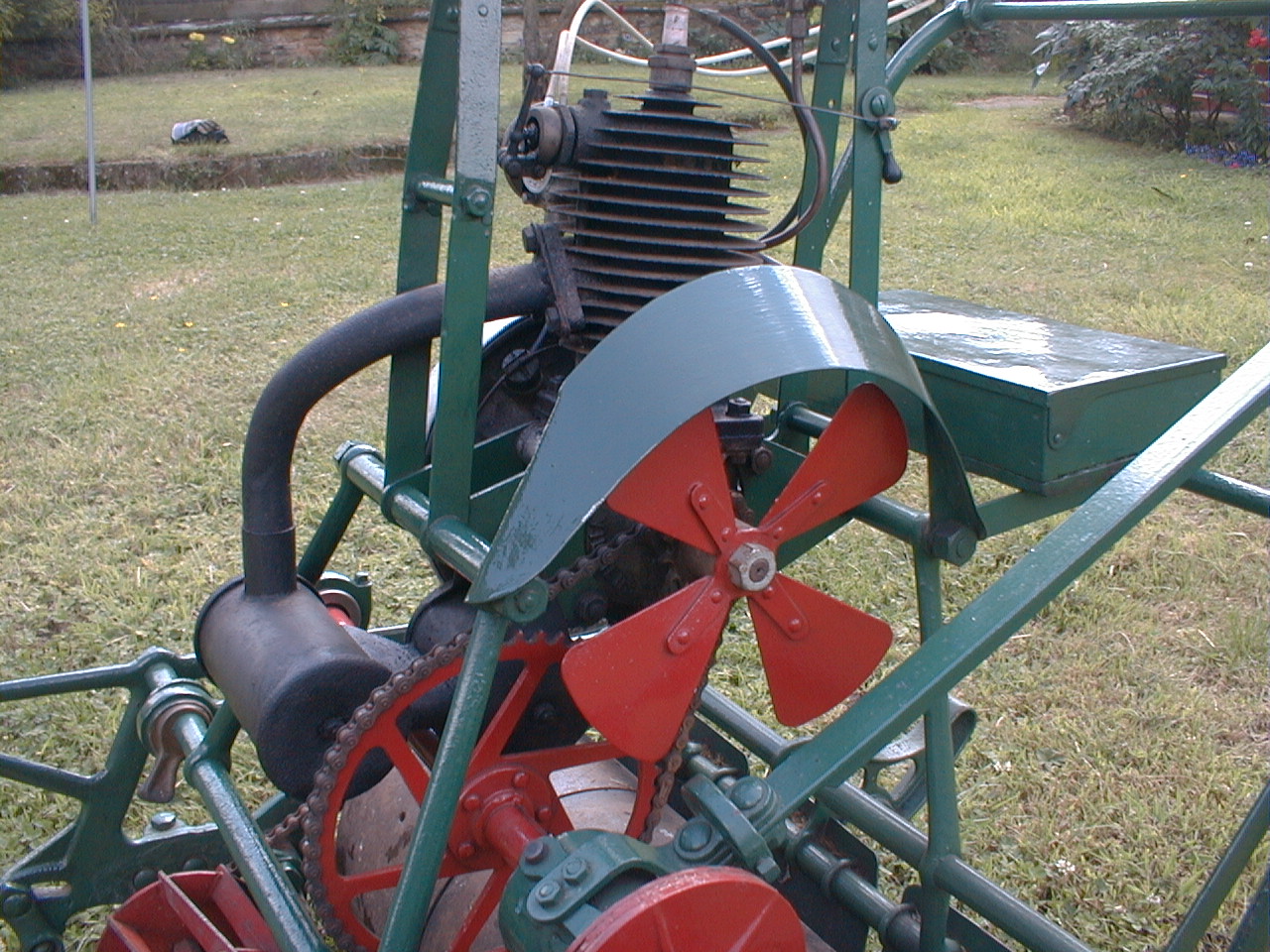 This is an example of the first Atco Motor Mower, made in 1921, which we collectors call the "Standard". It has a 22in cutting width and we refer to this specific model as the "Oval Frame" because of the oval-shaped cross-section of the cast iron frames. Later models of the "Standard" - made from 1922 onwards - all utilised castings with an "H-shaped" cross section and a more malleable iron which was more resilient to damage. The name of the Standard emerged at some point (I am not sure we know when precisely) to differentiate these original models from the later designs from the 1920s and 30s, including the De Luxe, Lightweight, and Heavyweight.

The mower features a 269cc Villiers MkV-C two-stroke engine which is easily recognisable because the cooling fins on the cylinder casing are all horizontal or flat. This engine was used on models from other manufacturers, including Ransomes, Shanks, and MP. Later Villiers models used on mowers and motor bikes generally had fins that were horizontal up the sides but at an angle or vertical near and at the top for more efficient cooling.

This particular machine was the first mower in my collection back in the 1970s. It was given to my father in the early 1960s by his uncle who had used it for many years before that in his gardening business. It was also the first mower I ever exhibited at an event, a local steam rally in 1979. That led me to start collecting mowers. Without it there is a good chance I would not have met other collectors and with them come up with the idea to form this club.