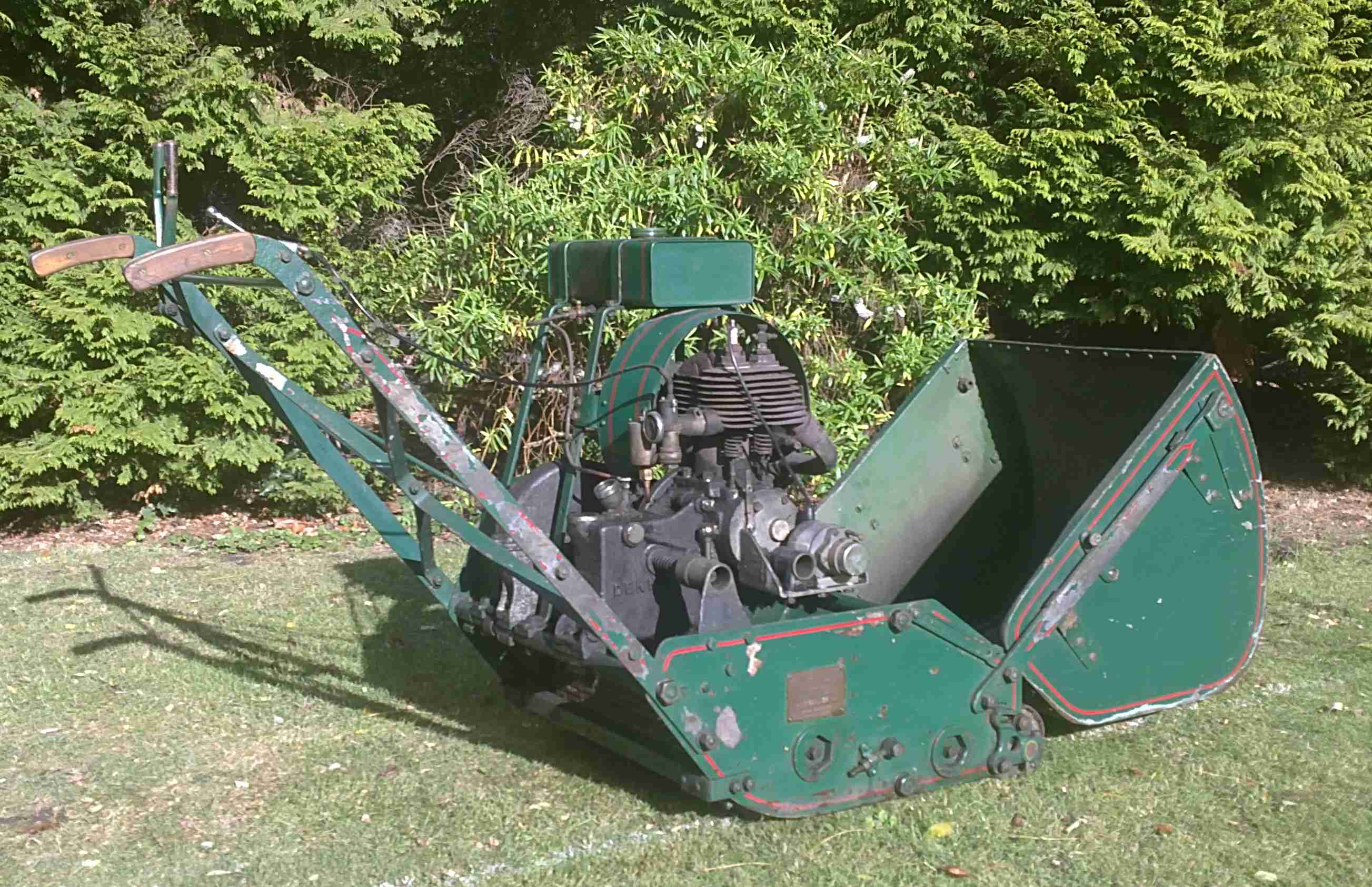 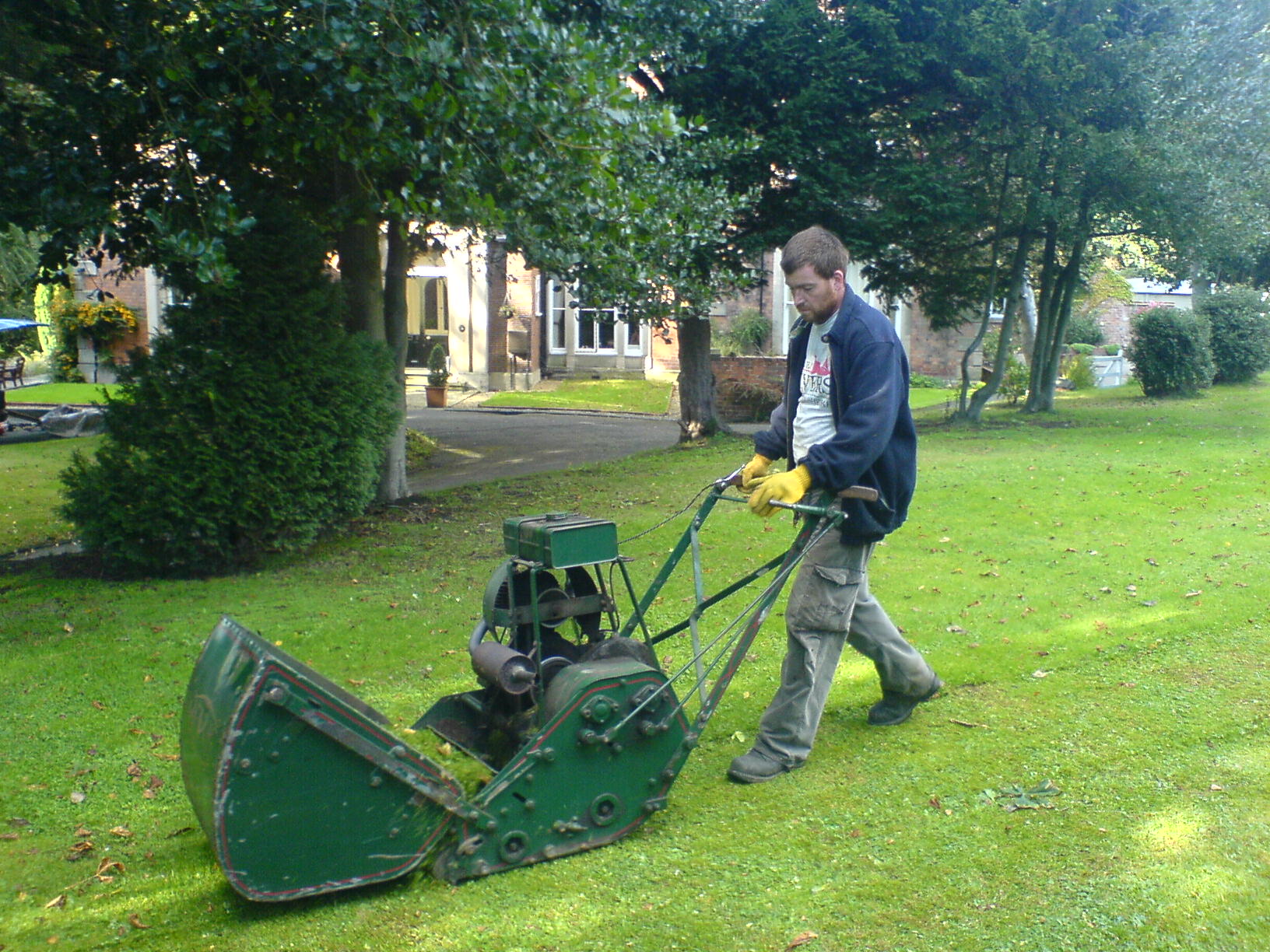 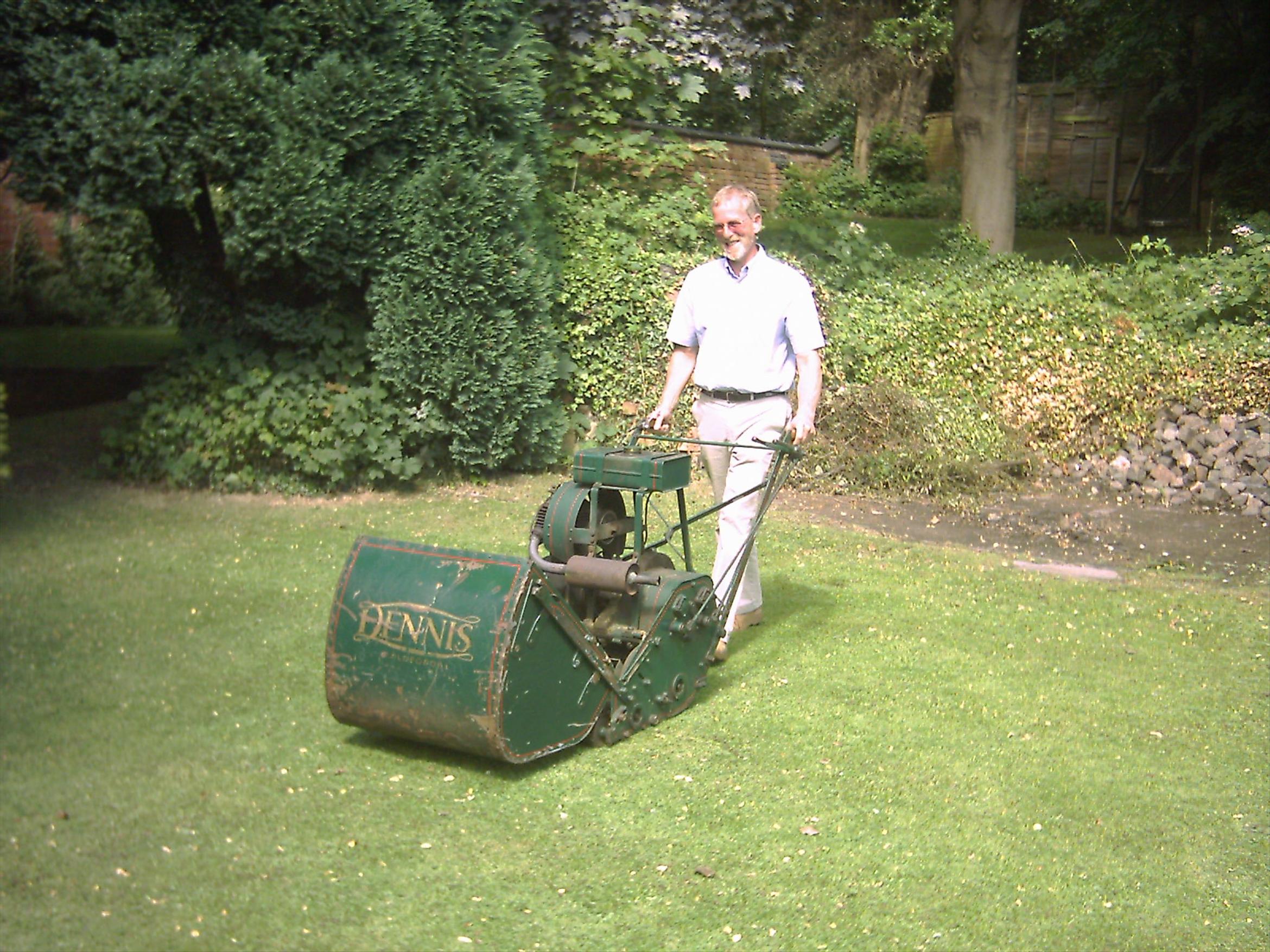 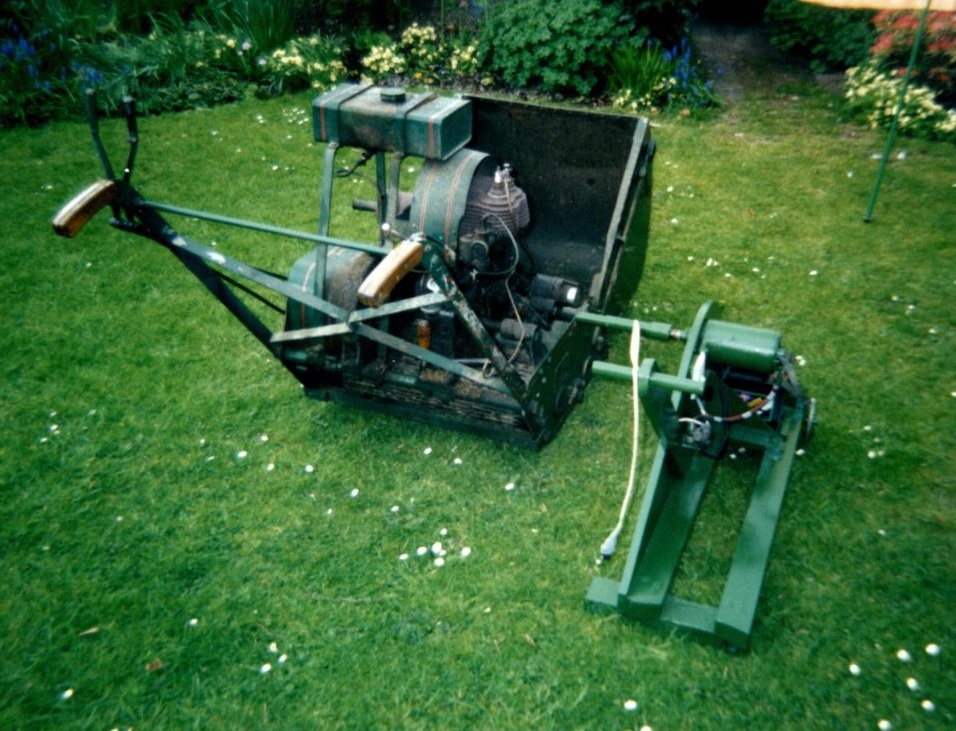 This is my 24 inch 1925 Dennis with a Blackburne engine. I bought it in 1981 from an enthusiast in Norfolk who had used it to mow the grass around a holiday caravan. Since 1981, the mower has been in regular use. A few repairs have been needed, notably renewal of the rear roller which started to break up. The replacement roller was obtained off-the-shelf from Howardsons near Derby. I also had to repair the magneto at one time, owing to running too close to a wall and the only other repair needed has been to the chain guards which became worn due to not taking up the adjustment. Now I'm getting on in years, I have eased the effort of starting by building an electric starter set, using an old car starter motor. This simply wheels up to the mower and 'plugs in'.