Just a "quick" one to extend thanks to everyone who organised and attended the rally over the weekend. It was only my second one and I found the name badges very handy for putting faces to the names I know from the forum; it's much easier to talk to people if you already have a bit of background.

Highlights for me were Colin's 1870 Automaton, Henry Ellis' exhibition JP Minor as seen in Grassbox #80 (the pictures in the magazine really do not do this splendid machine justice), and the very smoky but ultimately successful starting of the Godiva Motormower after the AGM. I was also very much taken with the hitherto unknown 6" Ransomes Ajax and I'm sure that its "discovery" had nothing at all to do with the presence of half an Ajax roller in Richard's "Guess the parts" contest?!?

There was a suggestion in Grassbox #80 of an award for best labels, and I'm not aware of it being given, so I'd like to suggest Clive Gravett's humourous and informative display if possible.

As I was leaving the site after somehow fitting 6 mowers, the 3 I came with plus the 3 I bought, into my tiny toy car, I was surprised and delighted to be given a bottle of Champagne by Bill Outram for the best working mower. That 10" Automaton Minor sure does shift the grass when you give it some welly and I'm sure that the motorcycle chain lube liberally applied by my 4 year old son on Saturday night probably helped! Thanks again, Bill.

All in all, a great day, (despite losing a game of "Sat Nav Says" on some new roads on the way home) and one to be repeated in 2013.

I too would like to add my thanks, it was my first time this year despite being a member for 10 years.

Like yourself I was able to catch up with a few characters that I have come to know over the years and generally had a good day. 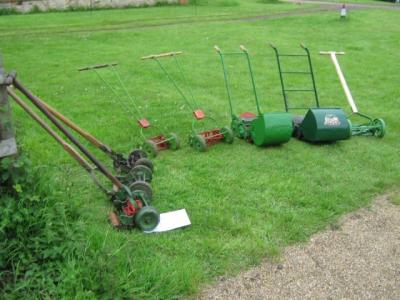 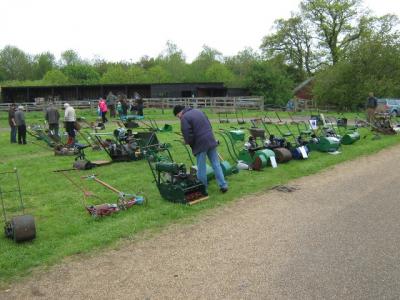 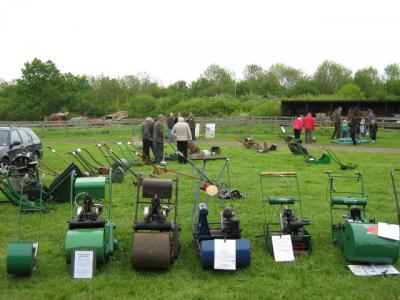 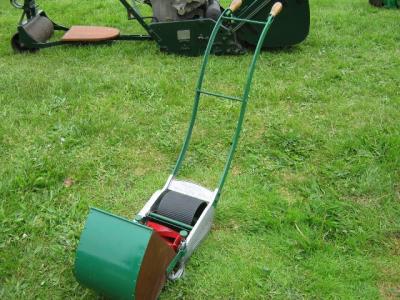 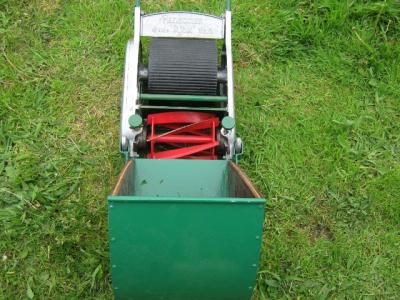 Here are few shots of the mowers that were on display on Sunday, a good selection many that I have never seen before.

Glad you got back o.k. Joe, My first rally & I thoroughly enjoyed the 2 days, a great display of mowers & being able to put faces to names was great. My only regret is not having my trailer with me as I would have loved top have taken the Azani back with me, would be great to use on the Golf Clubs lawns!!! Save me walking behind the 'Hayter' (sorry is that a rude word!).

Cheers all for now.

I would love to attend next

I would love to attend next year's event but it would be a heck of a journey with my few models at present. being in north wales and relying on dad to give me a lift to certain places when he's off work can be a bit tricky.

Either way, would love to come to an event like this, even if it were to buy stock, etc. I'm recovering from a lifting injury after lifting a ransomes auto certes 18" out of the car boot after a long journey from southport. now the injury is playing up again after picking up a replacement welding set after my previous old oxford was stolen from the yard whilst working on a project for a friend. I popped into the workshop for grinding wheels, etc and it had gone.

hayter's not a rude word

hayter's not a rude word lol.. I try and find old hayterettes to refurbish as I get a few people asking for them for rough cutting work, etc. in some cases, I completely upgrade them depending on the buyer's needs, in others, it's a restoration. so hayter to me isn't a rude word. cheap plastic mowers is a rude expression lol. find me a spit pot and the following "DING" will be heard.