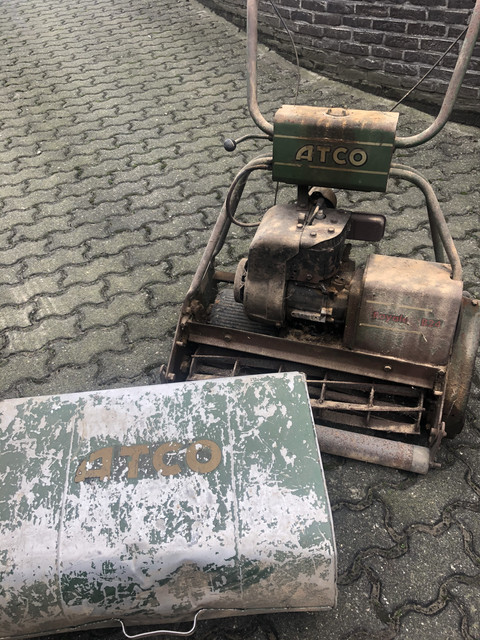 Have you explored the manuals etc on the site?

Maybe not a b24 but a place to start

I don’t think that machine is a Royale per se. It has a Tecumseh H50/60 engine and it’s my belief that the Royale never had that engine.  You don’t show the top of the handle bars but unless it has the OPC Clutch bars it’s not a Royale but an earlier B24 Heavy Duty.

I've just had a quick rummage through a pile of old sales brochures kept in a heap in the back bedroom.! and have found the Royale B20, B24, B30, listed on the specifictaion page with Tecumseh H50, in the same UK brochure that hails the arrival of the new A114 engine on the Atco Commodore. So I reckon that to be 1983? although the brochure is without the usual date code on the back page..and also for some reason the page has been torn from adjacent to the Royale main photo page which would have had its details on one side and the Atco Super raker on the other side (the raker derived from Qualcast RE35DL)

The Royale in the 1983? brochure photo is the B30 and it has the Tecumseh engine with a solid wire (rotary mower type) throttle cable as I recall the cable mounting on the Tecumseh changed to include a stop contact on the end of its cable travel.  I think the parts list required will be very similar to the UNF type of HD 24 but with a couple of differences with ref the throttle cable and also a head steady bracket from engine head to under handle/tank to try to alleviate previous vibration ailments.

The next brochure I found was 1987 and the ref there is that the latest models of Royale incorporate a number of new features including a rugged 5hp petrol engine, the B&S 5hp. It shows then the plastic grassbox on a cradle but still hasn't gained OPC.

I love working out these timelines, used to do it every day when in the mower world...and a bit out of practise now, but hope this helps,

Well, contrary to everything I thought , and after a bit of searching through old ring binder parts books I’ve found  an undated page that appears to show parts all the Heavy Duty 20, 24 & 30” machines including the ones with the Royale designation showing not only the H60 engine but also an alloy grass box and no OPC !  Doesn’t time fly?

The book also shows a later Royale with a newer style Tecumseh engine with an integral fuel tank, plastic cradle supported grass box, and the first style of OPC. Neither the book nor my aged brain will come up with a model number for that engine - may be an HH something or other. If memory serves me right the Biggs 5Hp was used because the electric start Tecumseh wouldn’t physically fit . However there was a machine with “ Commercial “ in its model designation that used the IC ( Industrial Commercial ) Briggs 5 HP.

I found a serial number I think : 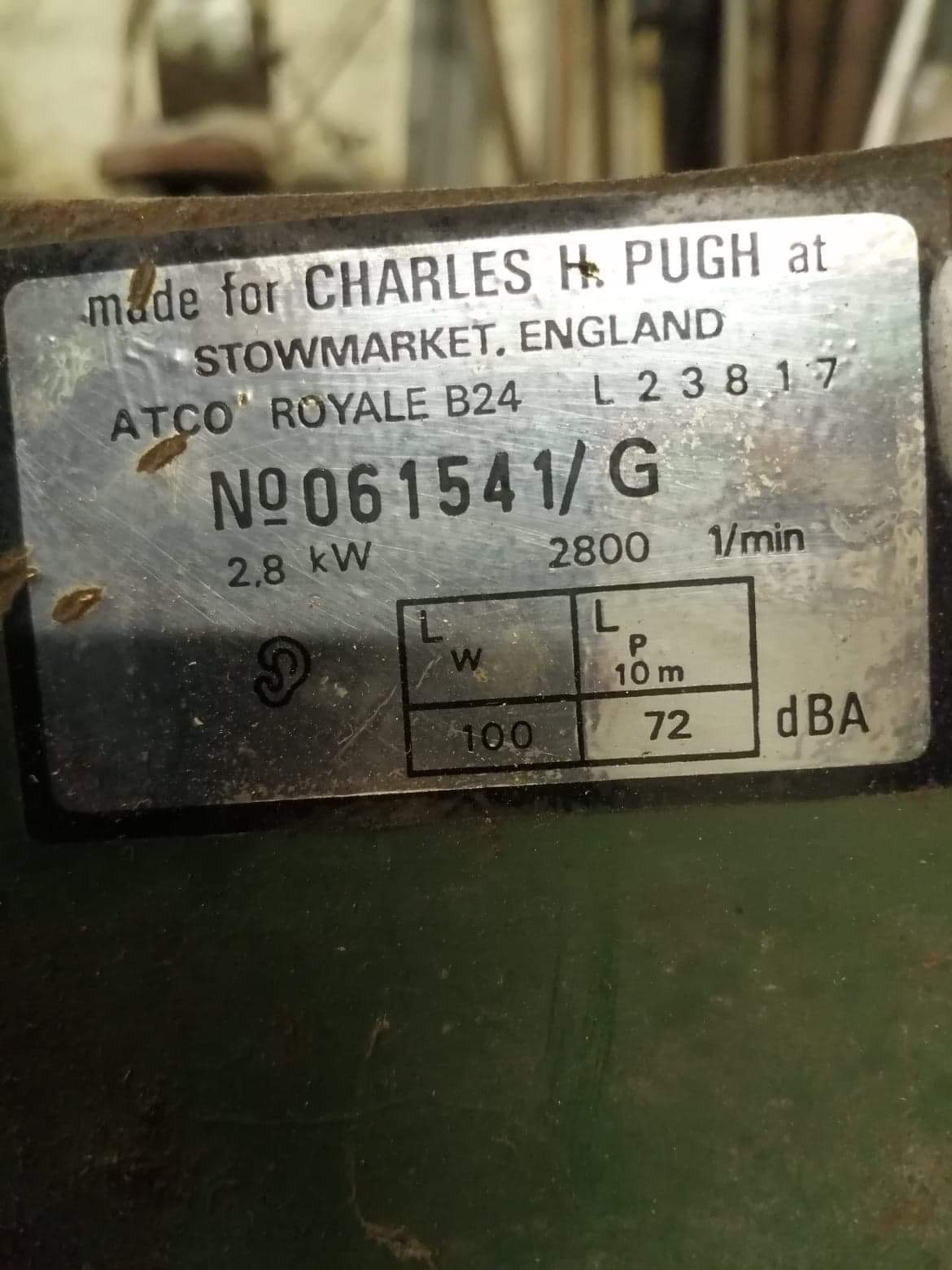 Using the most useful info that RedLeader posted up in his Atco thread, which will apply to your model, the letter G, after the serial number, will denote a build year of 1984.

Good morning Clive and everyone

I am Julien from France and I am new on this forum as I am looking for information on the ATCO Royale 24. Basically I am looking for a second (or more likely third) hand unit here in France and there are not so many. I could identify three of them for sale at the moment - in fairly good state according to the pictures - but usually people have no idea or wrong idea about when it was produced.

One of them is B24 (at least this is what is written in the front) and the owner has the invoice bill dated from 1993. it sounds realistic to me. The two others are 24E without any information expect that one owner claims it is from 2009 (I guess this is correct) and the other owner estimated "it is 5 years old" (I guess this is not possible since Allett Buckingham replaced ATCO Royale 24E more than 5 years ago).

My main questions are the following :

1. is it fair to state that 24E replaced B24 (when)? and what are the main differences/improvements?

2. i would rather spend a few additional hundred euros in a more recent model (24E) but i read here and there that the Briggs & Stratton engine on the 24E has reliability issues. If this risk is real, is it likely to be the same on the B24 anyway ?

3.  can I find spares for these machines today ? I guess most parts are identical on Allett Buckingham but I am not not 100% sure, especially since it is running Honda engine.

Thanks in advance for your advises!

Using the most useful info that RedLeader posted up in his Atco thread, which will apply to your model, the letter G, after the serial number, will denote a build year of 1984.

Yes, and BS engines of that era will have a Model, Type and Code Number., stamped into the engine cowling. The first two digits of the code are the year of manufacture. Followed by the month and day.