I have just been given a Suffolk Punch 17S cylinder mower by my next door neighbour, a gift for repairing his new similar machine.

At first the engine would fire and stop at once, but after cleaning the carb and main jet which was partially blocked it runs ok now.

When I ran it round the lawn one lap, (at rather a fast speed) it was making some rattling noises, so took of the large side cover and the front belt pulley was nearly falling off.

Belts are ok but I fail to understand the top small pulley mechanism. When I replace this, the belt just rides on the top and does not enter the v groove.

Question is this. Does the V open up when the clutch is operated ? Or should there be a spacer or spring between the two halves of the pulley.

You’ve got it in front of you

You’ve got it in front of you, We have to guess what you are saying  !!

Do just a little bit to help others to help you !! 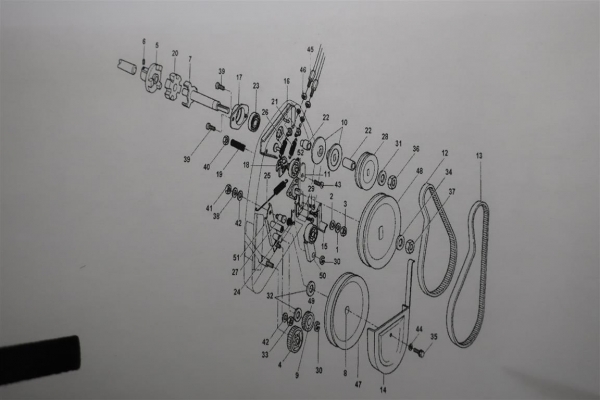