I own a Qualcast Powered Panther, which I adopted when I found out it was going in a skip, unless someone took it away.  I couldn't let that happen now, could I?  It's been with me 6 or 7 years, and one way or other, I've never got round to getting it running.

It dates from 1955, according to the stamp on the engine cowling, yet I don't think it has ever been used!  The rear roller still has grey paint on it, and the cyinder is bright red, which I'm sure indicates there's a fair chance it's never been near a blade of grass.

According to a label I have, it was being sold as shop soiled by a local hardware shop, whose owner just happened to be involved in a local Scout Group.  [As an aside, I have worked for the Royal Mail for 23 years, and that shop was on my first ever round.]  Anyway, I assume it didn't sell, so he donated it it to his Scout group, who I don't think ever used it.

I discovered it when helping clear out that Scout HQ after the group had folded (I'm a leader with another local group).  It was complete and in it's original box, with the full set of instructions.  Unfortunately, once I got it home I had to dispose of the box, which wasn't in brilliant condition anyway, as I just didn't have the room for it.  I still have the instructions, although their exact whereabouts eludes me at present.

Anyway, I've decided as it's taking up space in my shed, I really need to get it running and get some use out of it.  Despite being possibly unused untl now, I'm a firm believer that old machines should be used for their intended purpose, rather than being stuffed and mounted.  Besides, it isn't exactly imaculate, although by no means bad for it's age.

If anyone has any tips for starting it for the first time, I'm all ears.  Obviously the first thing is to see if there's a spark...  It's the 34cc 2-stroke J.A.P. engine, by the way.

I will attempt to upload some photos, and I'm already looking forward to many hours of tinkering. 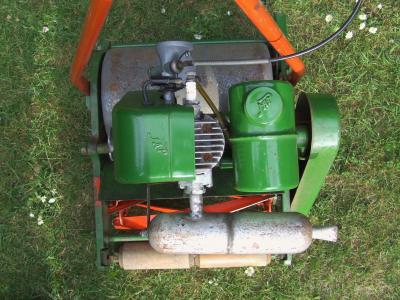 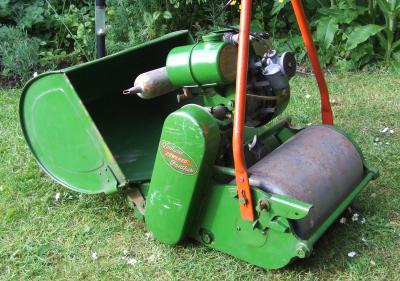 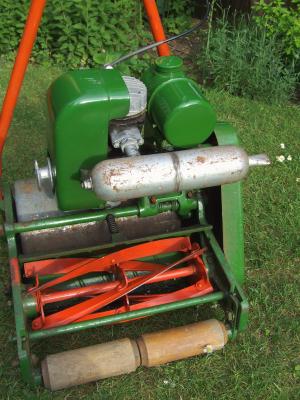 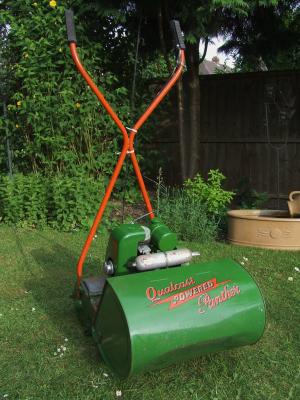 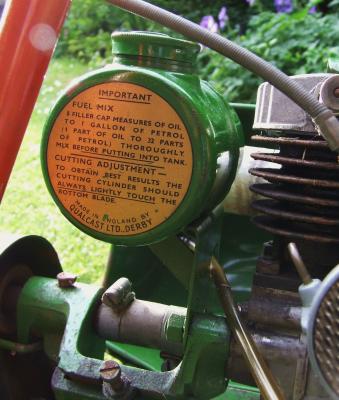 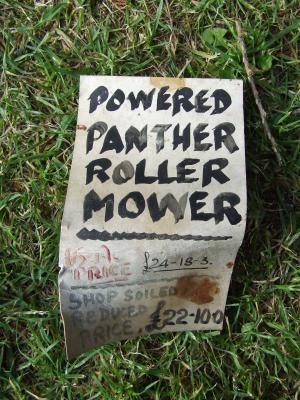 Great photos. For simplicity I have moved all of the ones you uploaded into a single page.

Full instructions on how to upload and insert images can be found in the forum guidelines section:

Follow "Step B" in these instructions to add first, second, third images etc.

Thanks, looks much better.