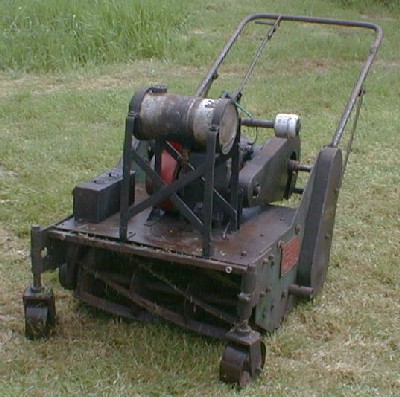 Automower is another example of a company that was successful in the 1920s and 1930s. The company was based at Norton St Phillip, just outside Bath in Somerset. Its first lawn mowers, produced in the early 1920s, were motorised conversions of machines made by Ransomes. The company was soon manufacturing complete machines to its own design and these were reasonably successful while not selling as well as similar models from companies such as Atco and Ransomes. Most Automowers, particularly the smaller models, have JAP four stroke engines.

The Model H was introduced in 1938 and was designed for use by commercial and contract operators on rough ground with long grass.

The design is quite different to earlier Automowers and appears advanced for its time. In some respects it resembles machines that were produced after World War II.

The frame was manufactured from sheet steel and supported the engine and other moving parts. The engine is a Lister four stroke unit that was built under license from the Wisconsin company of America.

The cutting cylinder is 10” in diameter. This relatively large size helps when cutting longer grass because taller stalks can be swept more easily into the cutting mechanism than would be possible with a small diameter cylinder. The design also featured jockey wheels to support the mower at the front rather than the more conventional roller. This meant that long grass would remain upright to be swept into the cutting mechanism. A roller would push the grass away from the cutter and prevent it being cut properly.

The design and construction of the mower made it very heavy. The mower weighs 416lb and the cost when new was £49. Like many larger mowers the Automower Model H could be used with a trailer seat. 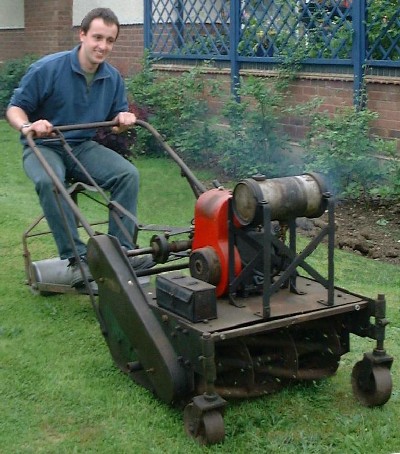 Automowers are less common than mowers from the leading manufacturers of the period although many examples of the different models produced by the company have survived. The example shown here was produced in 1939. It was ordered by Bath Council but never delivered. It is now owned by a member of the Old Lawnmower Club.