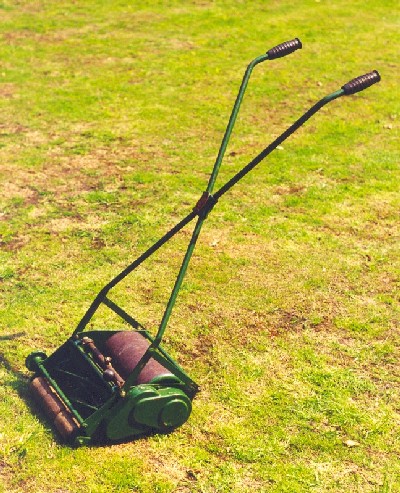 JP Minor was the second hand mower produced by JP after the company's Super. It was produced in 9in and 11in versions.

The 9in was introduced in 1930 and was followed by the 11in in 1934. Both adhered to the basic pattern established by JP with its earlier designs. The cutting mechanism was driven by precision gears enclosed in an oil bath. This was more advanced than most other domestic mowers available at the time.

Both of the early Minors had a "double helix" cutter where the blades were aligned on the cylinder in a chevron pattern. This was designed to throw the grass into the middle of the box although it is unlikely that it would have made much difference on mowers this narrow. Most other manufacturers, if they used the idea at all, only fitted the chevron blades on mowers with cutting widths of 12in or more.

The Minor appears to have been made in the 9in version only after the Second World War. Machines made between 1948 and 1950 were equipped with a conventional cutting cylinder. The Mark 2 version was introduced in 1950 and remained in production until 1961.

In addition to the blade style another distinguishing feature of the early JP Minor models is that they had a bulbous aluminium plate on the right hand sideframe (when viewed from the the operating position, behind the handles) with JP Minor cast into it. The mark 2 (and possible all post Workd War Two models) had a plain sideframe. 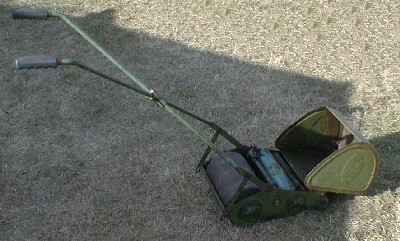 Like all JP hand mowers the Minors were popular with gardeners because they produced an excellent finish to the lawn and were easy to operate.

The Minor was very east to adjust. A single hand wheel at the side was used to adjust the position of the front rollers and hence the cutting height. 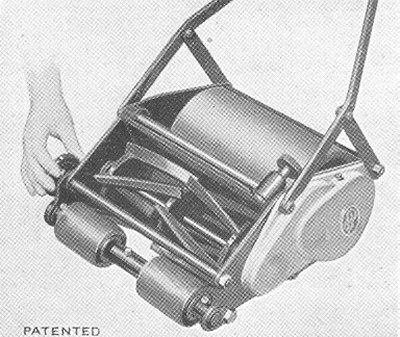 The bottom blade was also adjusted relative to the cutting cylinder with a single hand wheel located on a shaft running across the top of the thrower plate. 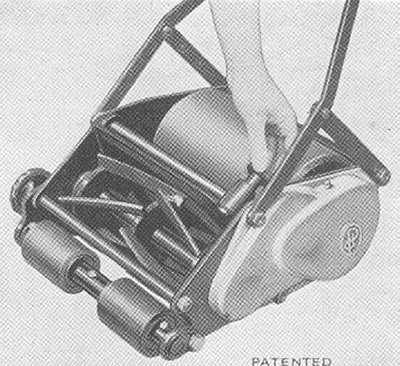