Ransomes Ipswich, The Leo,12" cut, Ball bearings Side wheel Lawnmower was produced in the 1930's,  10" and 14" cutting sizes were also available, purchase price varied subject to whether the grass box was included but often offered as an added extra, this can be said about the cast iron badge and a wooden pole for cutting embankments, on average the hard working man could look to paying out £2,8s,6d.plus. The earliest advertising for this model is dated in the Newspaper "The Scotsman" 3rd August 1932 (letter type only) and remained popular well into the late 30's alongside the Lion, Cub & Lioness 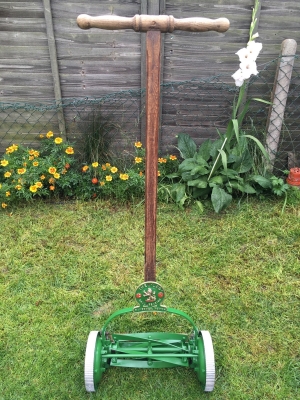 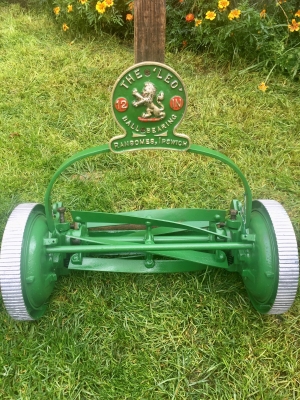 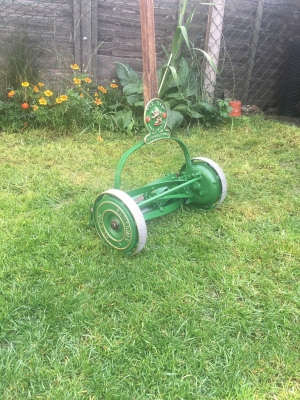 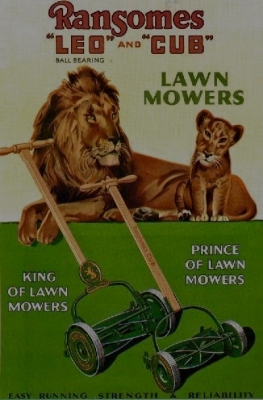