Having just acquired a Millards Empire cast iron badge by chance, I'm now keen to find the rest of the machine. I don't recall ever having seen one. 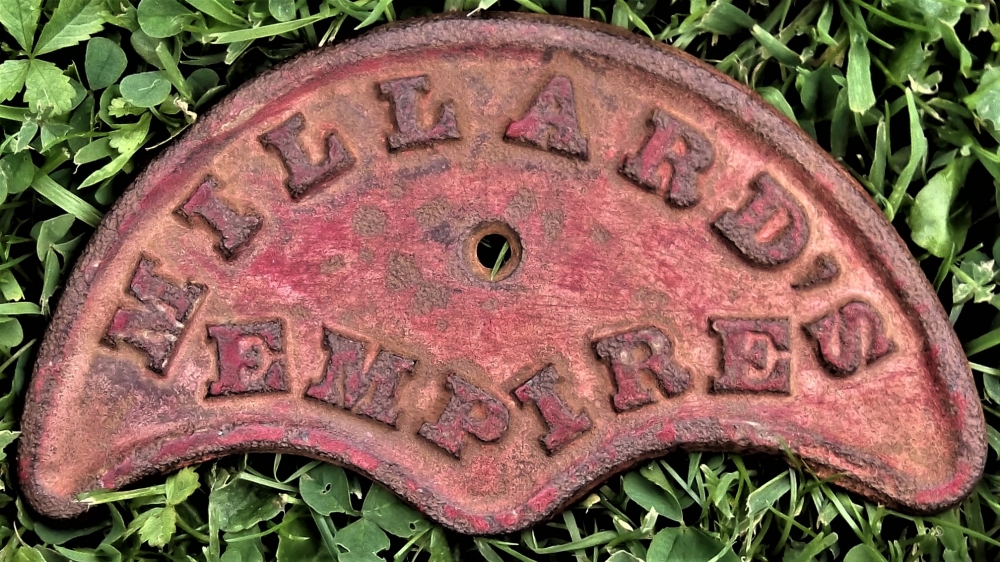 Millard Brothers of Houndsditch, Lon. EC. started around 1887 retailing a wide range of hardware, sporting and leisure goods. In1902 they were advertising a job lot of ploughs for sale, a cancelled export order. After WW2 Millards concentrated their business on fishing tackle and sporting guns and are still in business.

The Empire lawnmower dating from the early 1900's was imported from the USA and probably manufactured by the F. and N. Lawnmower Co. of Indiana. It was available in 8" to 16" cutting widths in two inch increments. Grassboxes were extra - 3/- whatever size. 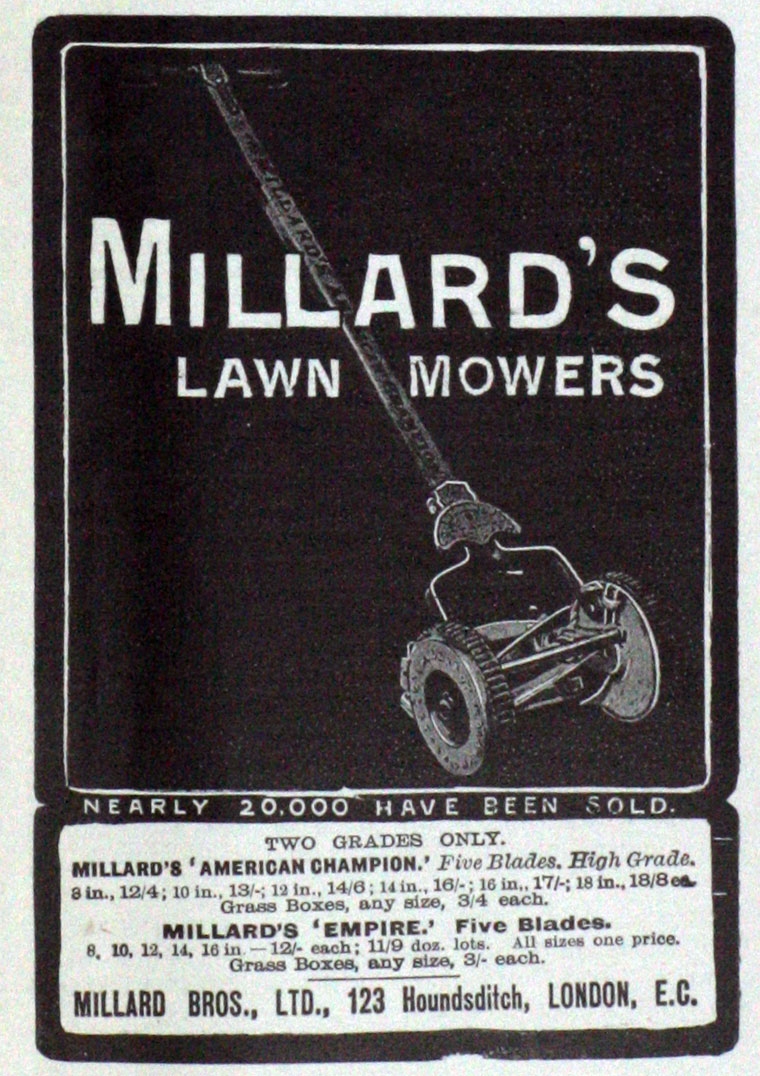 The above illustration from about 1907 I believe shows their Champion model. Earlier era enthusiasts will immediately be struck by the similarity between these badges and those of Ransomes' Anglo-Paris. I suspect this is no co-incidence but a marketing ploy to look like the Ransomes product at a quick glance.

I know there is at least one Millards Champion around but will an Empire turn up ?

Hi Colin, there are currently

Hi Colin, there are currently about 6 unbadged  F&N mowers on the American version of that well known auction site. Whilst none may be the one you are looking for it's worth keeping a look out as they always have lots of sidewheel mowers ( reel to use the American phraseology ) especially made by F&N.

i am reasonably confident a

i am reasonably confident a champion, will surface at the rally weekend. i cannot remember if it has a badge or not. will be interesting to compare if it has.