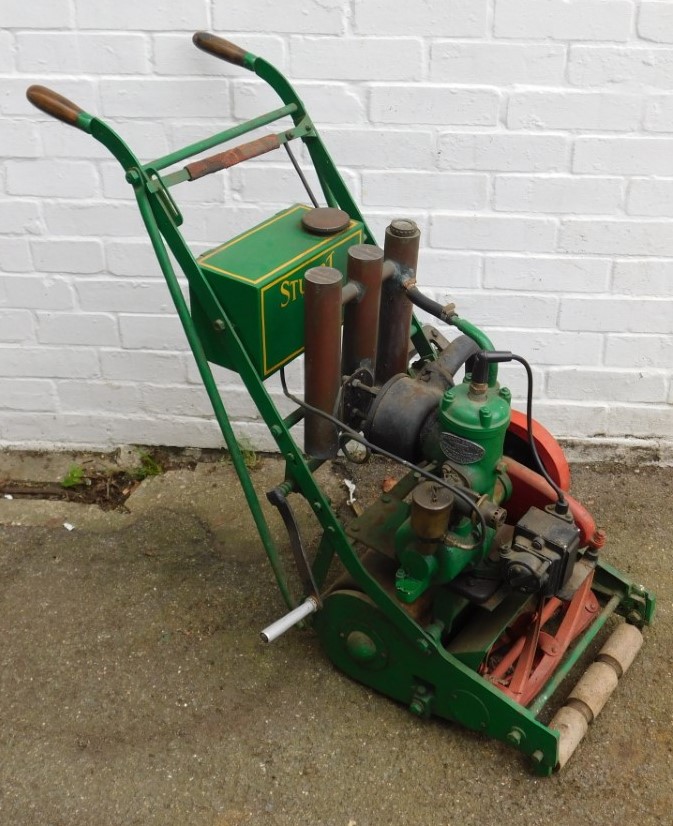 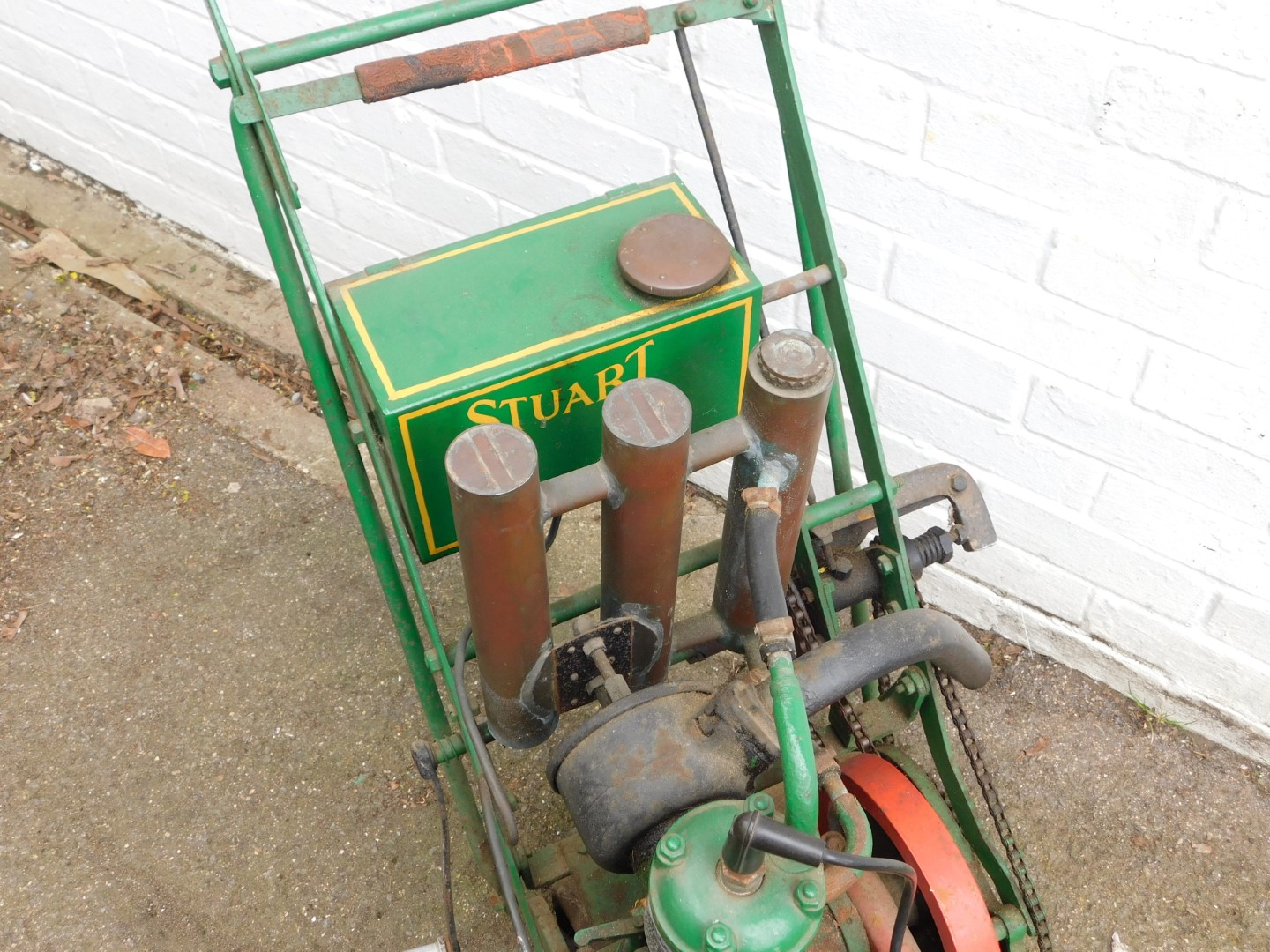 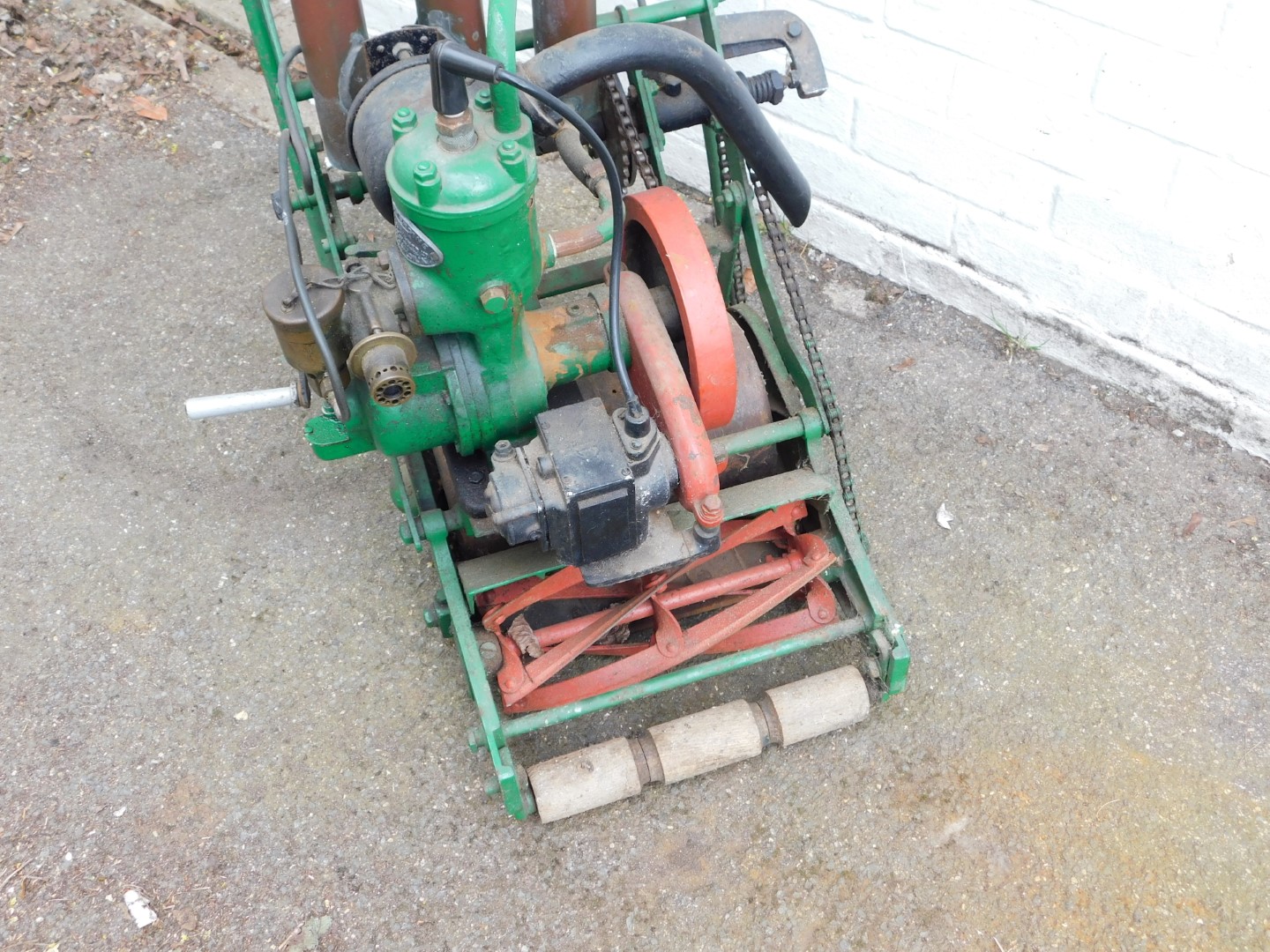 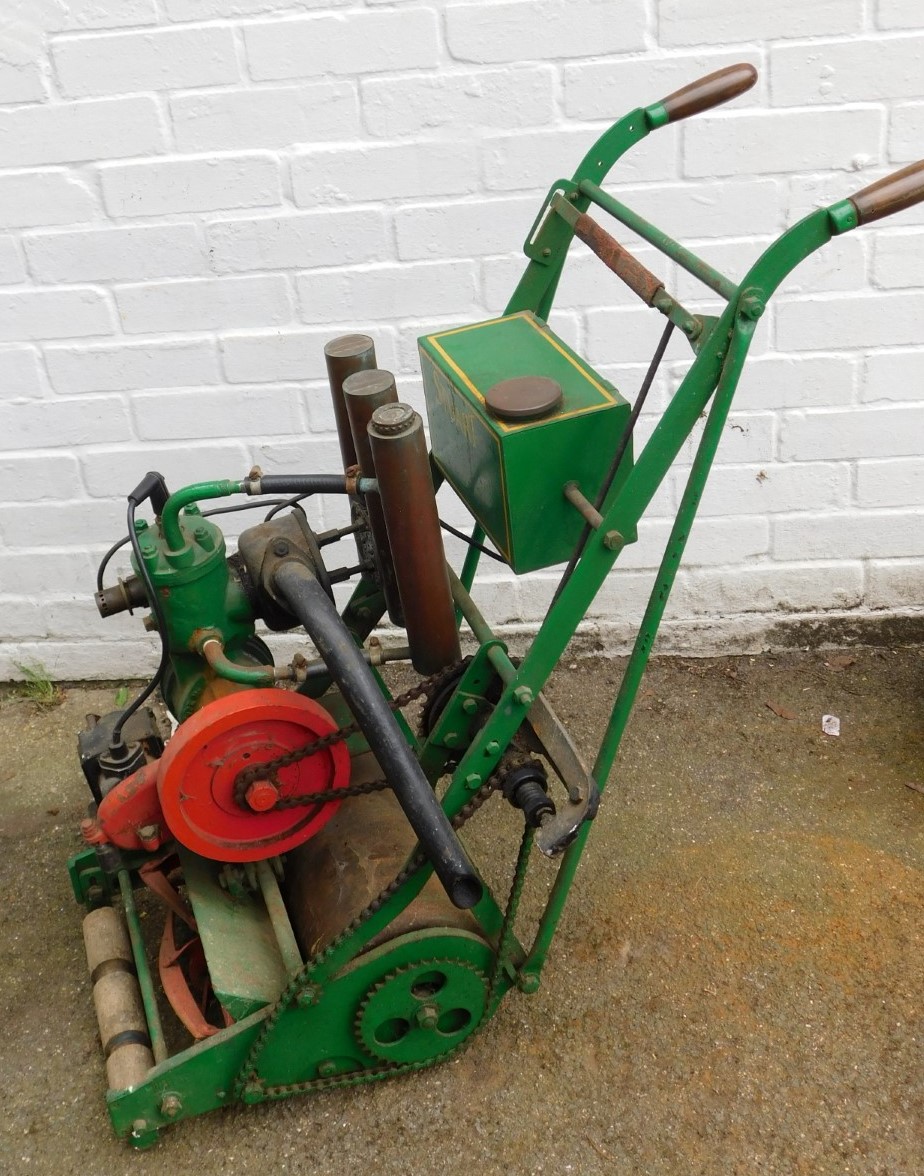 An unusual and assumed to be a one off conversion of an early Qualcast Panther push mower, fitted with a Stuart Turner water cooled engine.

Stuart Turner have been making engines since 1919 often used for marine applications.  The engine is a Type 'N' made in the early 1930's with only around 1400 of this particular model being made. The Qualcast Panther looks to be also from the early 1930's with wooden hand grips & double thumb wheel adjuster for the bottom blade carrier. Plan is to get the mower running but leave as original as possible. Carburettor top missing, although one appears to have been fabricated, but as luck has it, just obtained one on ebay which will hopefully fit. Managed to contact the vendor but unfortunately no precise history re the conversion, the mower having been bought several years ago from a widow who was clearing her late husbands shed. Pleased to have secured this oddity & perhaps saved the mower from losing its engine to the 'Stationary Engine Guys' who I know were keen to acquire it.