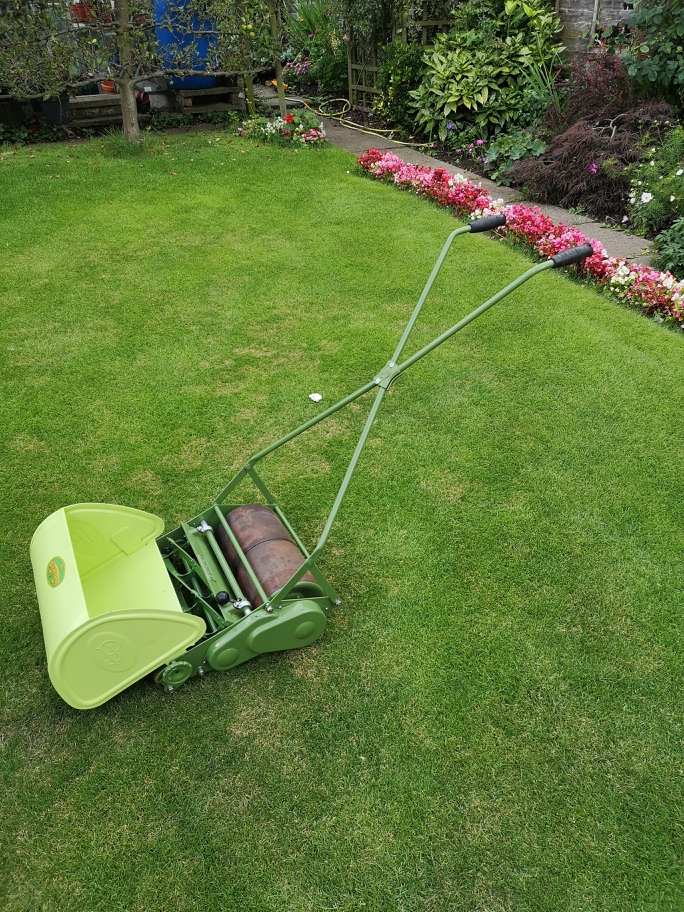 Here is an example of the 14" model of the JP Monarch hand push mower dated 1957.  Monarch's were generally produced in less numbers than the more popular JP Maxees, and although cheaper than the Maxees-12 of the same era, unlike the Maxees did not have a detachable cutter unit.  To date, the whereabouts of only three of these models are known about, this being a fully restored example to prevent further rust degradation.  The earliest example of the 14" dates to 1953.  Note the different colour grass box, which seemed prevalent on a number of different JP hand push mowers during the 1950's.  JP appear to have reverted back to matching the grass box colour with the mower after this with the introduction of new hand push mower models, (Maxees MK3, Minimower).