A Pennaco side-wheel mower recently sold on ebay, rather unusual and not often seen, whilst described as from the early 1900's I believe they were being sold in the late 1930's, very similar to the Pennsylvania & noting The Pennaco Lawn Mower Co were based only a couple of miles from Lloyds of Letchworth I assume there was some connection. Whilst described as a 15in blade, advertisements indicate 10,12,14 & 16in? 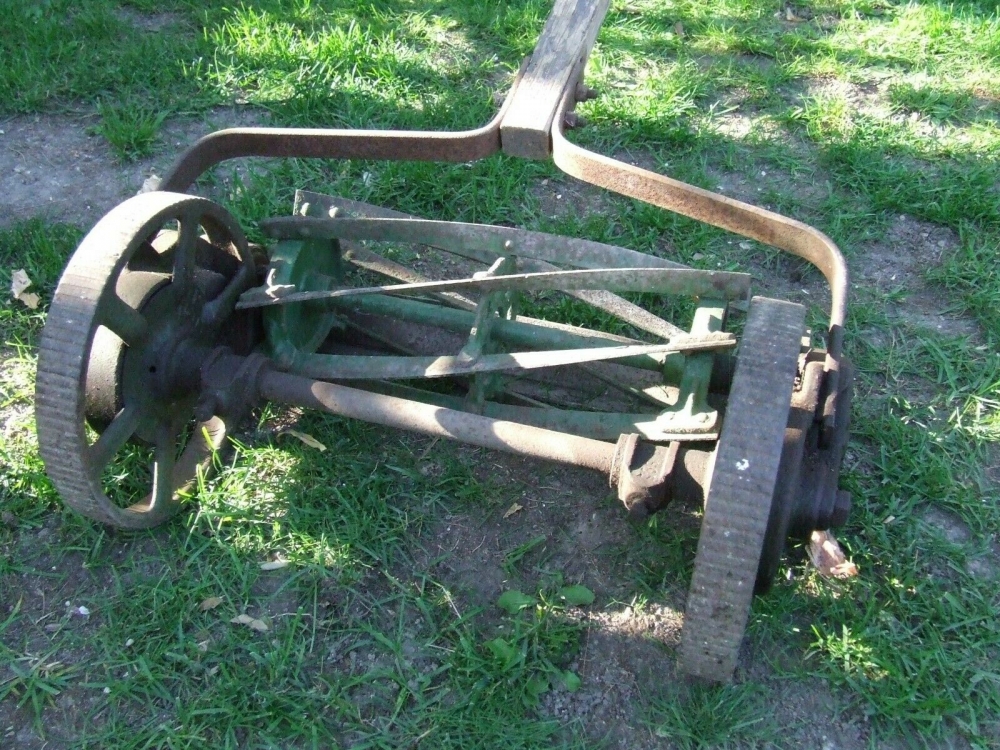 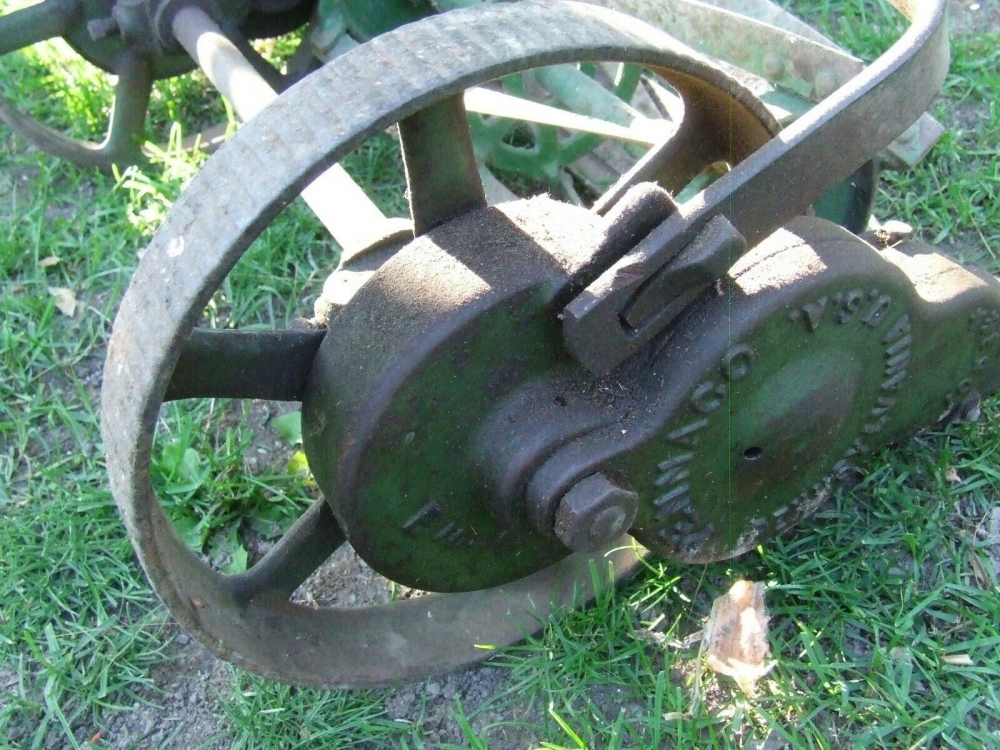 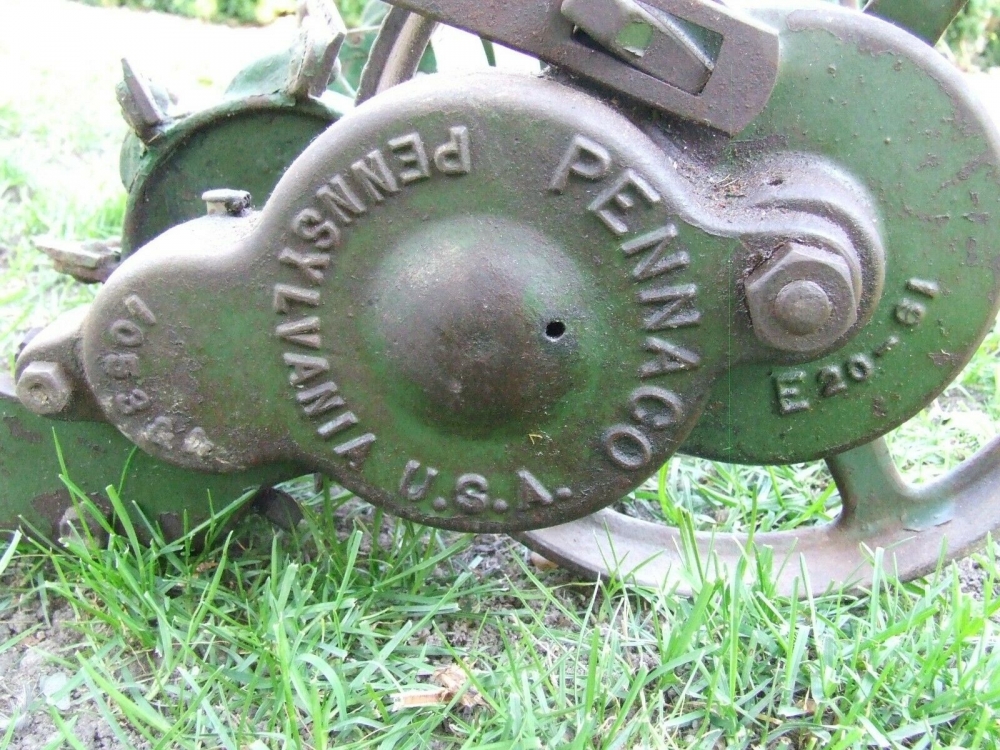 What a lovely side wheel.

What a lovely side wheel. Also what an absolute bargain. Looks to be in great condition as well.

Yes, missed the end of the

Yes, missed the end of the auction so couldn't grab it. It was only a few miles from me. Nice sidewheel and like you say Clive, unusual.

Do not worry chaps. I picked

Do not worry chaps. I picked this little mower up on Sunday morning, when I was on my way to clear a friend's collection of early Ransomes Auto Certes & Marquis mowers at a golf club on the Hants & Sussex border.

I will be keeping & restoring the three 14" & 16" hand Certes because the prices seem to be going wild at the moment, one push Certes went for over £300 a couple of weeks ago on E-bay & on another occasion a 1940s Qualcast, cast iron Panther hand mower with a 1950s Stuart Turner engine fitted, (you can tell by the way the magneto is mounted) made £600 plus fees at a Midlands auction house. £600 ? for a Frankenstein scratch built mower is just a ridiculous price to pay, the real worry for all us preservationists is that there was an Underbidder too. It is getting silly.

This little Lloyds mower is in great condition but I will still restore it. Original condition to me is "like brand new" & sharpened, anything else is a barn find. There are times when I leave them as found, but only when they are a tribute to the last owner who looked after them well, a touch-up & oily rag job is OK then, some of my Overgreens are like that.

I have several Lloyds hand mowers in my collection as they were used a lot on golf courses. I have a very good little Pegasus with a JAP 1A engine rescued from a greenkeeper's barn about 20 years ago, with it's early fibre/resin grassbox still intact.

At least this little Lloyds is safe with a member of the club for now.

Sorry chaps I should have

Sorry chaps I should have said that Pennaco was a company making the Pennsylvania mowers under licence in Canada, in the 1930s that is why it is a rare machine.

Pennsylvania products of USA origin were imported by Lloyds of Letchworth up until (I am not sure of the exact 1930s date), a time when UK import Taxes made the retail price too high in the UK. Then Lloyds began to manufacture the Pennsylvania products themselves, under licence & still do today, but I doubt that the licence is still valid, just the mowers.

I would assume that because of a shortage of USA product, at some time, Lloyds had some Canadian built units re-directed to them during the shortage. Nothing sinister in that, I doubt that there was a second UK company competing with Lloyds for the same business with the same product & in the same town at any time. The Pennsylvania Lawnmower company would have had too much respect for their British partners to do that.

Lloyds are probably one of the few early British lawnmower manufacturers still in business today & nice people too. Most UK Mower companies have been taken over by foreign Conglomerates & are now just Brand names with all of the pedigree, assets & history lost on the way. Like much of our British industry today.

"Keep on saving our heritage".