This poster is coming up for auction early next month, as far as I can see its a fake, & image has been stolen. 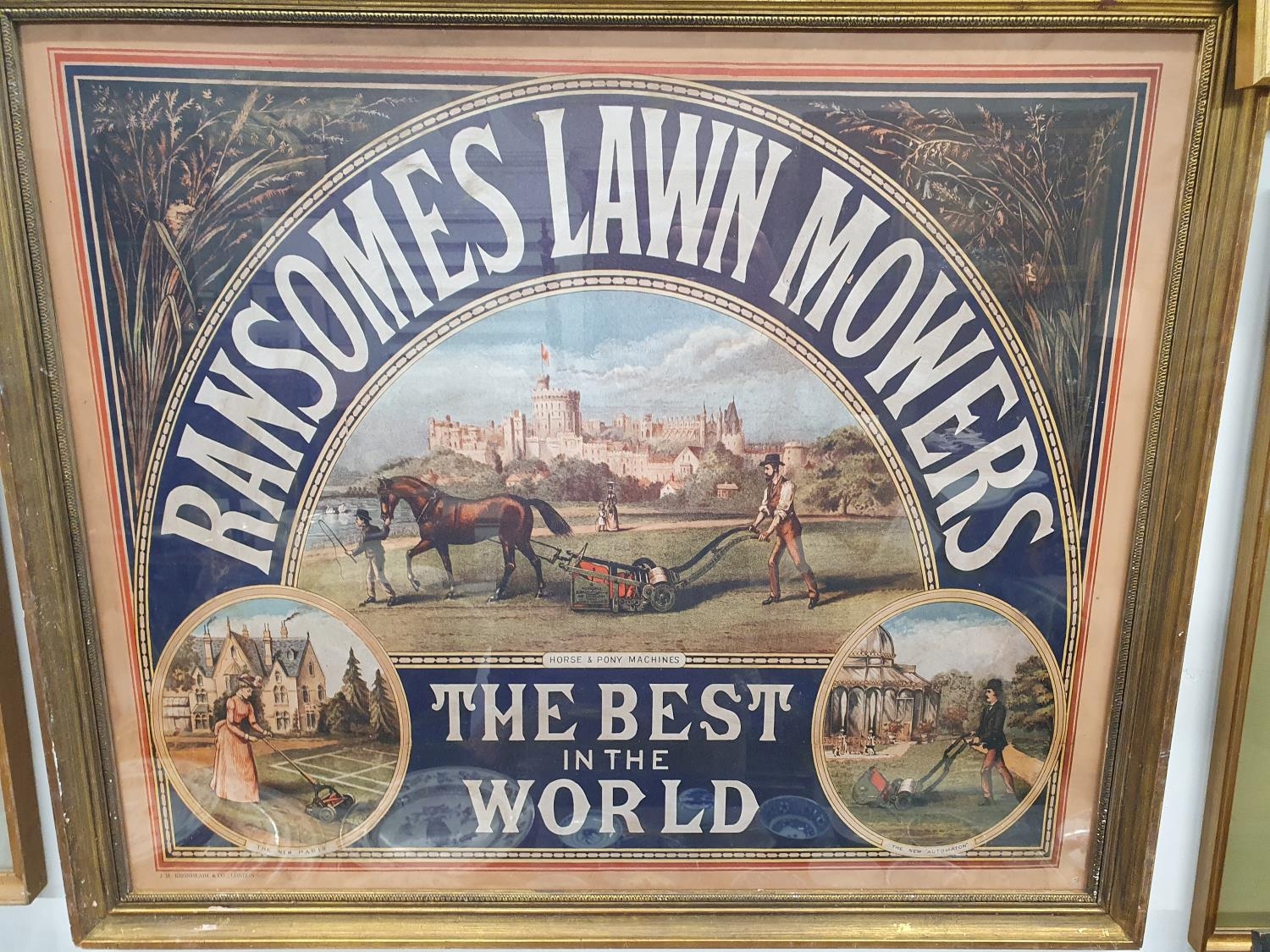 What makes you think it's

What makes you think it's dodgy, Clive?

What makes you think that it

What makes you think that it is a fake then Clive?

What auction is it offered at?

It looks consistent with the Ransome's advertising of the period & features Windsor Castle, which is consistent with their obsession with appealing to the upper crust of the time. Constantly listing their Titled customers rather then the run of the mill users like Councils & City Parks.

I would like some things like that for my man-cave currently under construction, I have a lot of small items like Children's mowers, small tools with child size teddy bears & Push mowers like 16" Certes & a restored early Lloyds Palladin from Wimbledon LTA, now sitting in a corner, but the walls will need some extra posters & photo's.

That is just the right sort of picture that most of us Ransomes collectors would like to have.

it cant be a fake it could be

it cant be a fake it could be a reproduction if so are there any more out there or could the club have some repros done to fund our interests.why the secrecy to think its stolen perhaps this is a job for the nations fine arts dep who knows.or just come clean and tell who is selling it.not rocket science but knowing some maybe it is .stick to automatons?

Perhaps using the word 'Fake' was to draw attention so that hopefully members wouldn't waste their money on something that was not the real thing, although it was advertised as such. It would appear to be a reproduction of a genuine Ransomes poster the original of which I have had access to, the original which is the only one I have seen does have slight damage. I have closely inspected the framed one being sold & being familiar with 'photoshop' I can clearly see where the damage has been covered up in several areas, not particularly well.

My conclusion being this is a scan (or scam) of the original poster which I know was on the Internet at some stage 'unprotected' and has been doctored, framed, and to be sold on as an original. Obviously the image may have been grabbed & amended for personal use as many people do & then falling into the hands of others who have put up for sale.

As to stating where the item is up for auction, I have no intention of promoting an item or seller where I believe there may be an element of deceit.

In the absence of the above I must admit it is rather a nice thing for for a mower enthusiast to have on the wall & is more or less true to the originals scale around 65cm x 80cm, although they have increased the size of the beige outer border, no doubt to fit the frame, on the original the outer border is around the same width as the red one & plain white thereafter to the edge.

Don't always believe what you see, there are many out there trying to pull the wool over your eyes!

If there's only a few (or one

If there's only a few (or one?) in existence and lots of folk would like to own a copy and know it's one, I can't see the harm in reproducing something plainly over a hundred years old and letting folk enjoy seeing their copies upon their own walls of their man caves etc.

I doubt anyone really cares if it's a "fake" or not? It looks the part and that's good enough for most people.

I have an 'enamelled' sign in my shed showing a D1 Bantam with the words: "The World's Best Selling Motorcycle" and another saying "Registered BSA Dealer" 99% of people know they're 'fakes' but who cares? It's a bit of harmless fun, that's all.

No problem with that if they

No problem with that if they are advertised clearly copies & not being passed off as originals, have many myself & often use them in our museum displays.