Hi folks. I have acquired a Webb Whippet today and am hoping someone might be able to tell me the Mk model it is along with a production date for it please? Thanks for any help you can offer. Regards. Rob 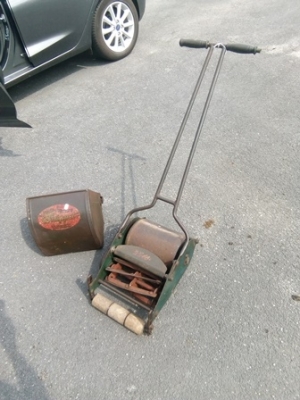 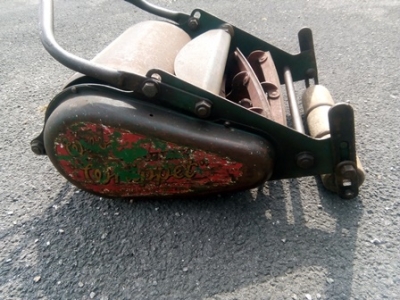 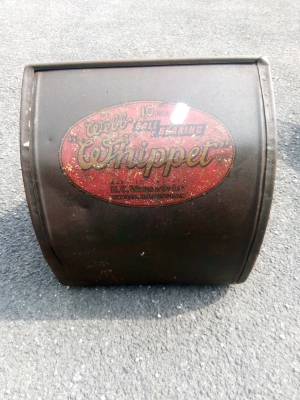 All the models I believe from Mk 2 had the same handle style as yours, but I have seen that shape with flat bars turned at the edge rather than tubes.

Some models did have the Series number on the side transfer, certainly on 'Series 3' & this was just after the word Whippet, can't quite see it on your image.

The later ones did have a more modern transfer on the box, lawn stripe background with Webb across it.

Shame you have got a grass box, mine seem to have been breeding, have plenty of Whippet boxes but no mowers to go with them.

Hi Clive. Wow!! Thanks for

Hi Clive. Wow!! Thanks for the detailed reply, very much appreciated. Looking forward to catching up with you at the forthcoming Milton Keynes get together. Thanks again. Enjoy the Bank Holiday. Cheers. Rob