An interesting Hayter rotary for anyone keen to collect 1960's mowers, whilst advertised as a Haytertte, it is an 18in Haytermower as far as I can make out introduced in 1964, by 1966 appears around 8000 sold & 10000 by 1967. Perhaps aimed more at the domestic market as certainly in the early days the Hayterette being aimed at commercial users. It would have had grass collection box & staggered from wheels to reach lawn corners, also folding handles to help transport in the car, whilst the info I have shows it with a ratchet wind up starter (optional on the Hayterette at that time) this one has a rope pull, could mean its an early one?

First one I have seen, so assume quite scarce & would be good if a member could rescue it, non-runner but only £10 in Felixstowe.

If anyone buys it let me know & I can share the information I have. 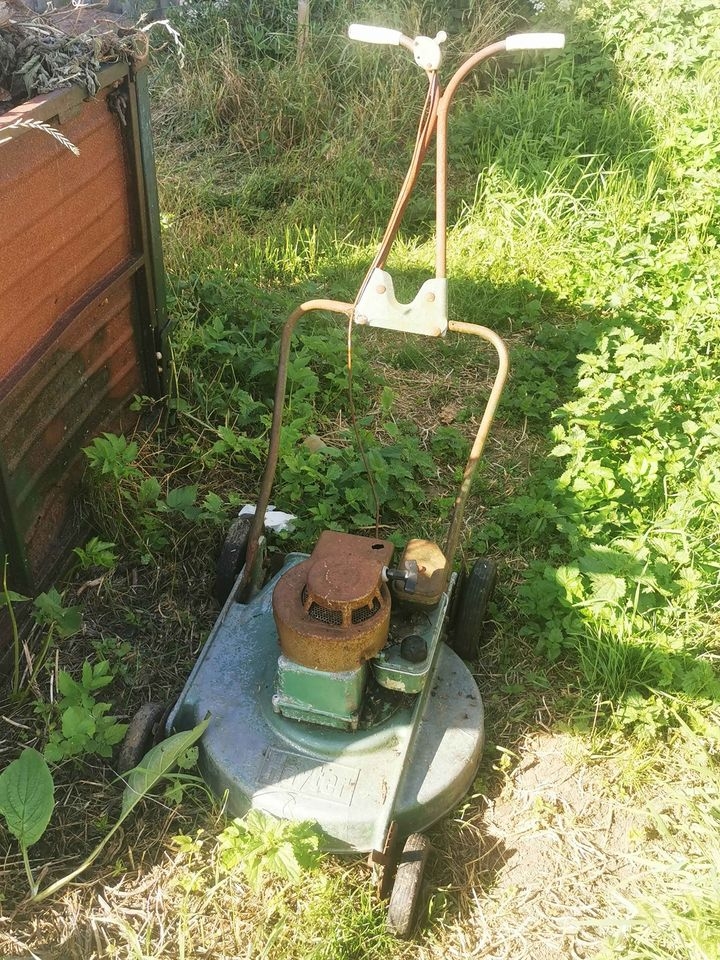 We sold a lot of these Hayter Lawn Mowers in the 60s. But it was really upstaged by the Mountfield M3, once the rear discharge exit was made to the full width in about 1970/71. This Hayter came new with a grassbox fitted with a small perspex panel so that you could see when the box was filling up. there was also an optional to use small removable discharge shute/cover on the rear, for when the box was not in use, like a Hayterette with grass collection really. The cutters were two cutting & two throwing type fitted, but many of those advertised these days seem to be fitted with four Hayterette cutting blades. This one is in a bit of a state & missing both grassbox & discharge cover. The comments about the wind up starter are of no consequence although they all came with the clockwork starter NEW, those starters were a pain if you wound them up more than 3 or 4 times. The recoil starter was a better option & has obviously been change at some time. I have several Hayterette types of different vintage in my collection from 1962 to 1980s, including a 5hp Professional model, The Hayterette is probably the best little rotary mower made & still is, if the cutters & engine are maintained properly.