If you are a serious collector "Sooner or later you will buy a Hayter" well that was one of Hayter's marketing slogans and indeed my recommendation to you!

The Hayterette was designed and brought to the market in 1957/8, machine No.1 being manufactured on 19th May 1958, the first 1903 machines were fitted with a Villiers Mk7F 98cc engine, but this was replaced in 1960 by a Briggs & Stratton.

Reason for this post is that we normally only see the very occasional early machine appearing but remarkably two of the early ones with villiers engines from 1958/60 have just appeared on ebay & I'm hoping they will be acquired by club members rather than being scrapped, they are No.221 & No.8236 the latter being from the batch of 122 referred to above.

These early ones are very collectable machines & the basis of probably the best selling rotary mower of all time, hundreds of thousands sold over 62 years, having only ceased production in 2019.

Image below of an early Hayterette in our collection No.169.

Ebay machines here, let me know if you get one.. 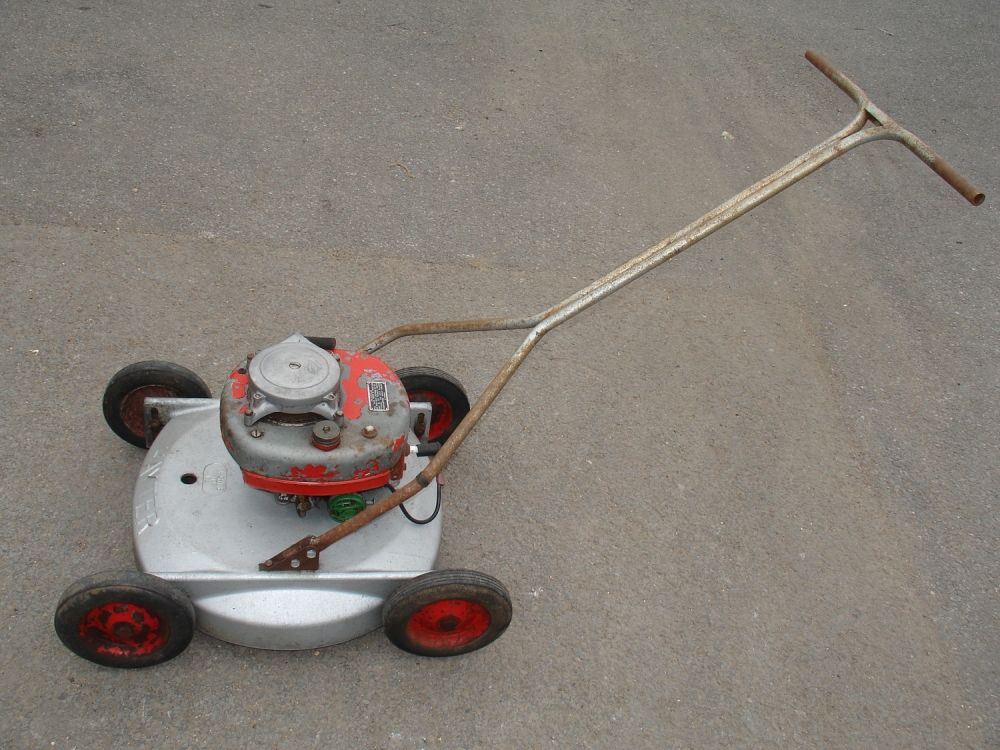 Interesting that of the two

Interesting that of the two ebay examples in Clive's post, one has what I presume was the original toothed slot height adjusters, needing the use of a spanner and the other the later "tool-free" adjusters that bolt into the same slots that later appeared on the front wheels of the Hayter 21s. They were prone to snapping their spring loaded levers and even in the 1980s we were keeping spares on the shelf until Hayter ceased to supply them.

Yes noticed that Angus the

Yes noticed that Angus the height adjuster wasn't added until the 63/64 season from serial No. 17744, so perhaps it was a later modification to that machine?

These are a little too far

These are a little too far for me, but always looking.

Just realised it was me that

Just realised it was me that bought the first ebay one (8236) after it was relisted for £35.  Needs the ignition sorting out, but otherwise seems in good condition.  I wanted an early rotary for my collection, and this one was a sufficiently unusual, yet well known type to get my interest.

Thats good another one

Thats good another one rescued, I do have a few bits of info on the early ones if required.