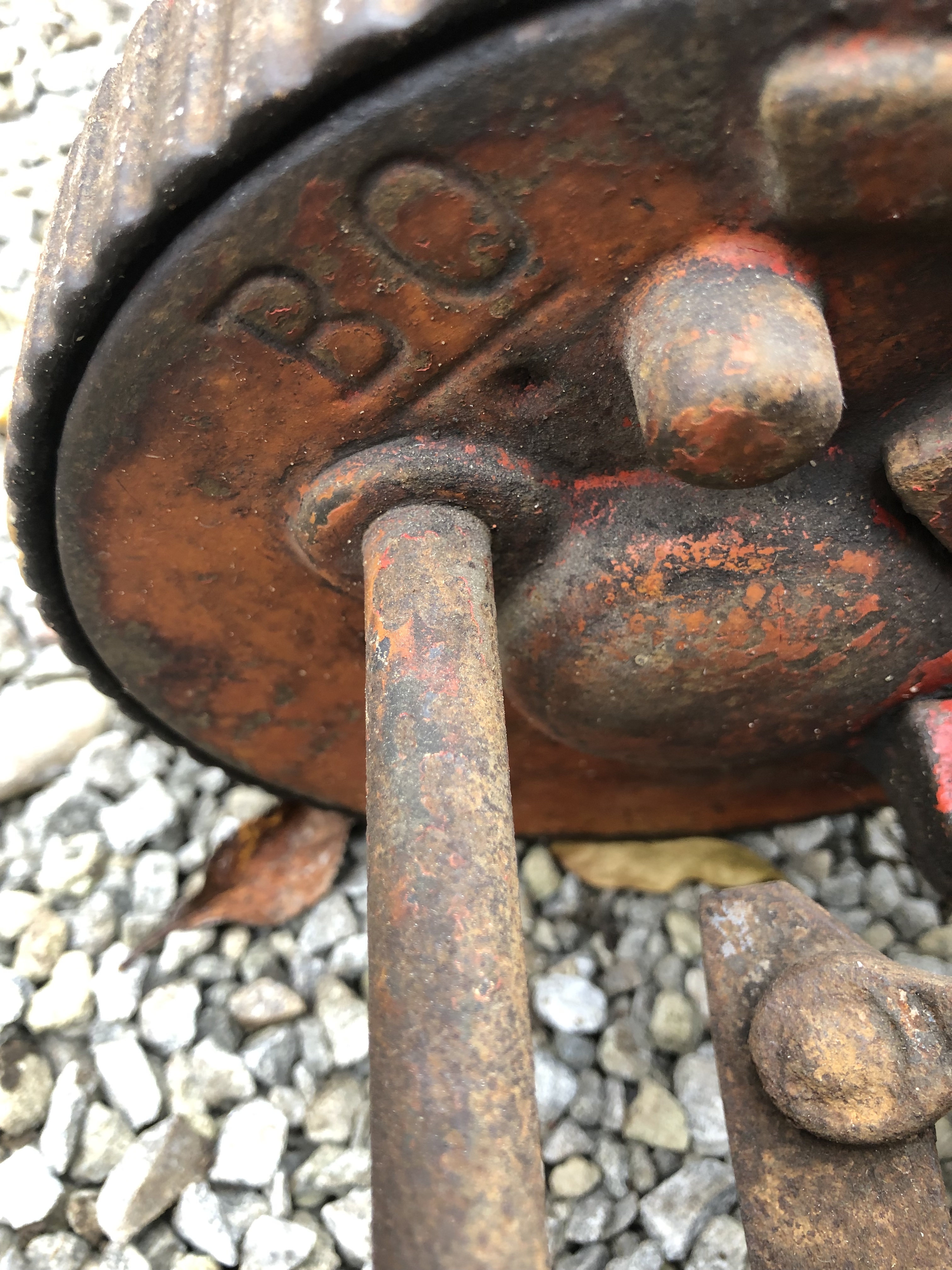 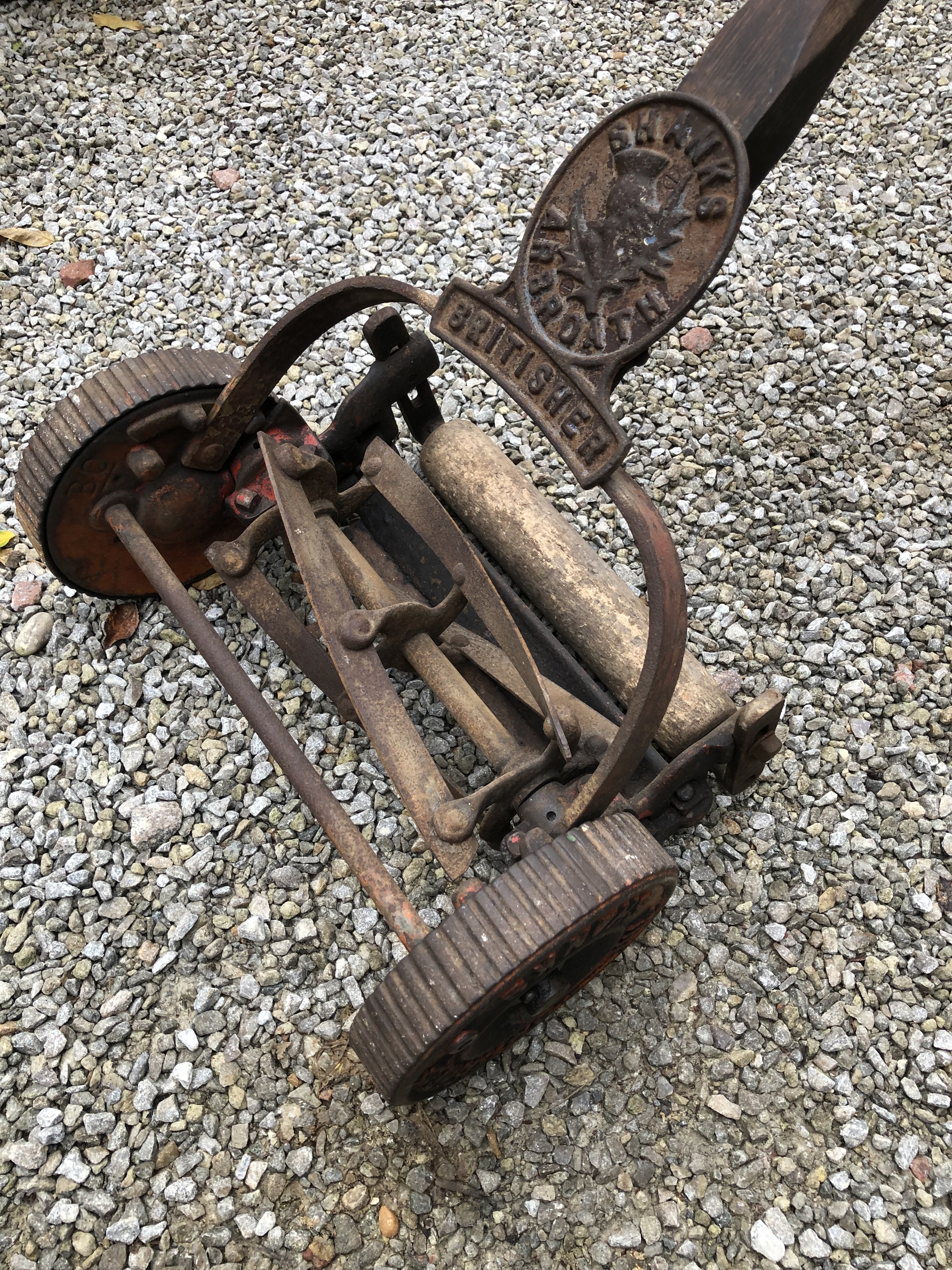 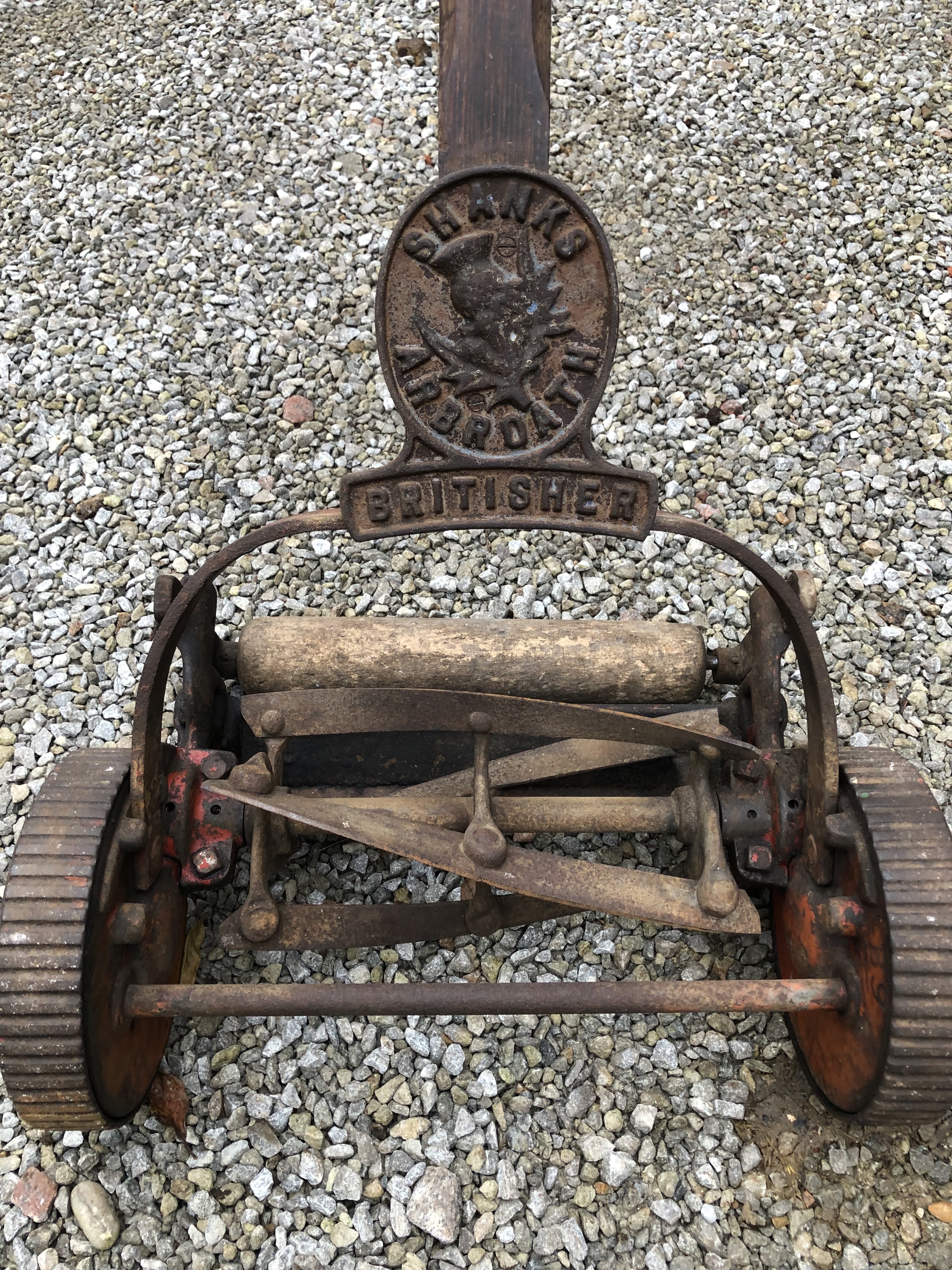 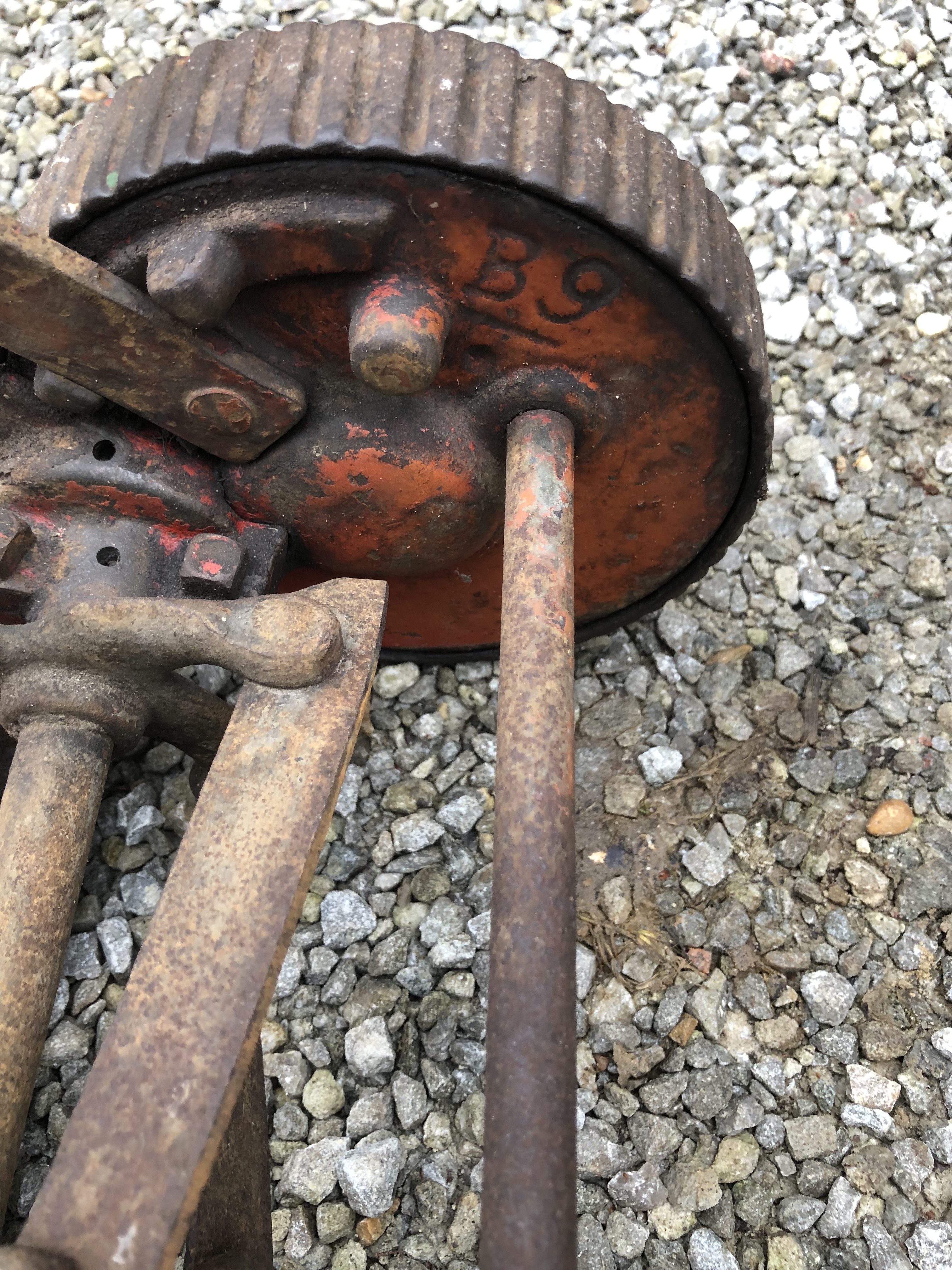 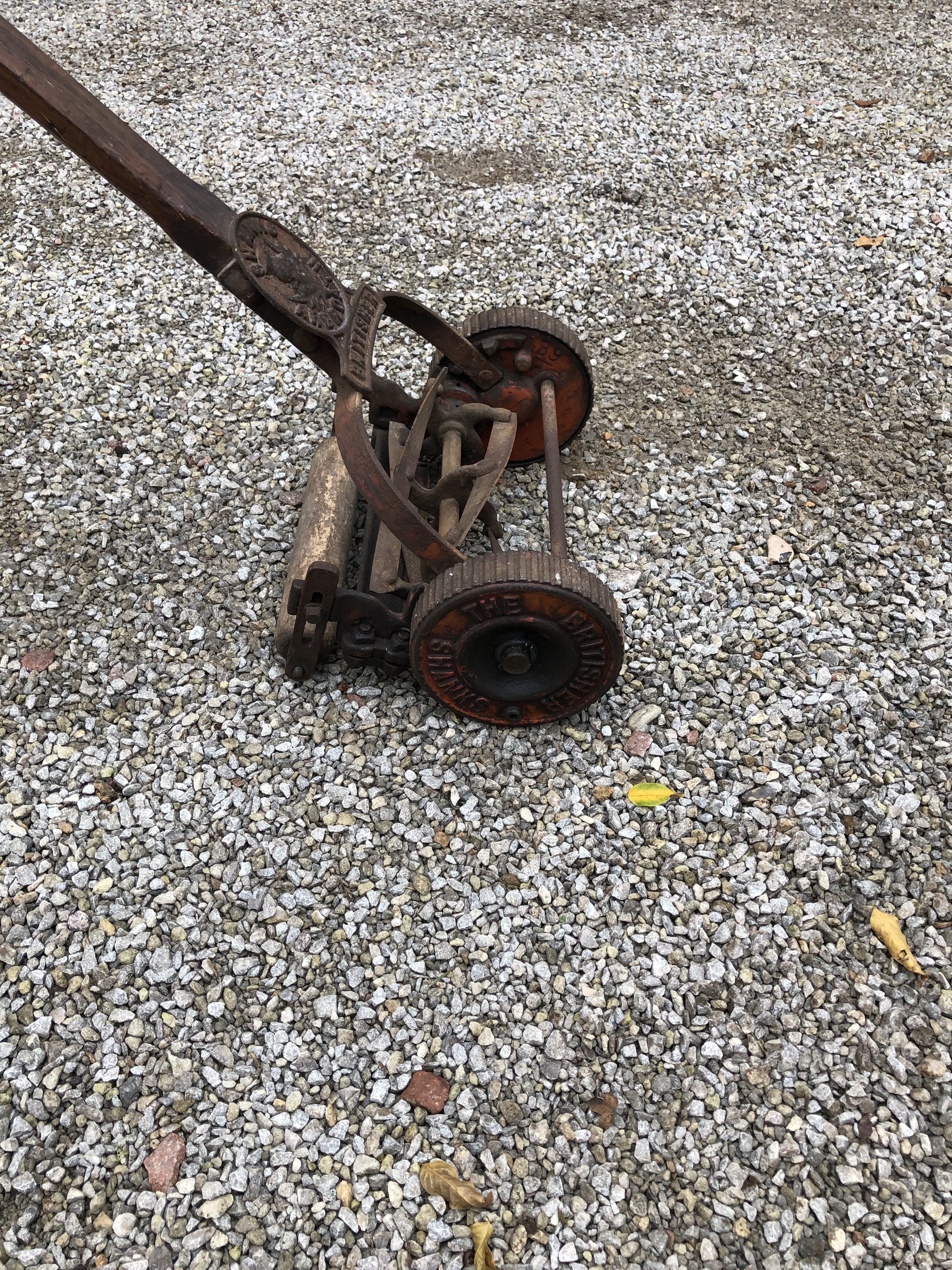 I bought this Shanks Britisher as part of something else I am doing. To my surprise the underlying paint colour seems to be orange. The paint seems aged enough and in the sort of condition that would suggest it was the original colour when new. Does anyone have any opinion as to whether the mower would truly have been orange or not. Thanks

Interesting, I'm wondering if its faded red, would be good to see a wheel removed to check colour on hidden parts?

A mower that did appear to be in orange was the Gamages New Champion, as below. 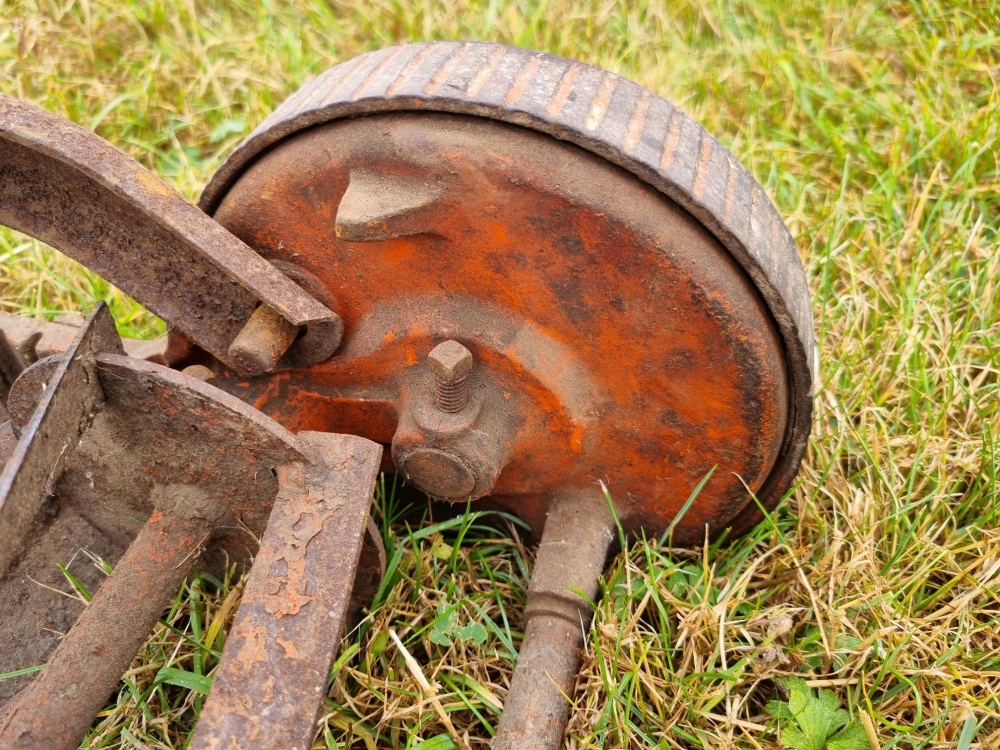 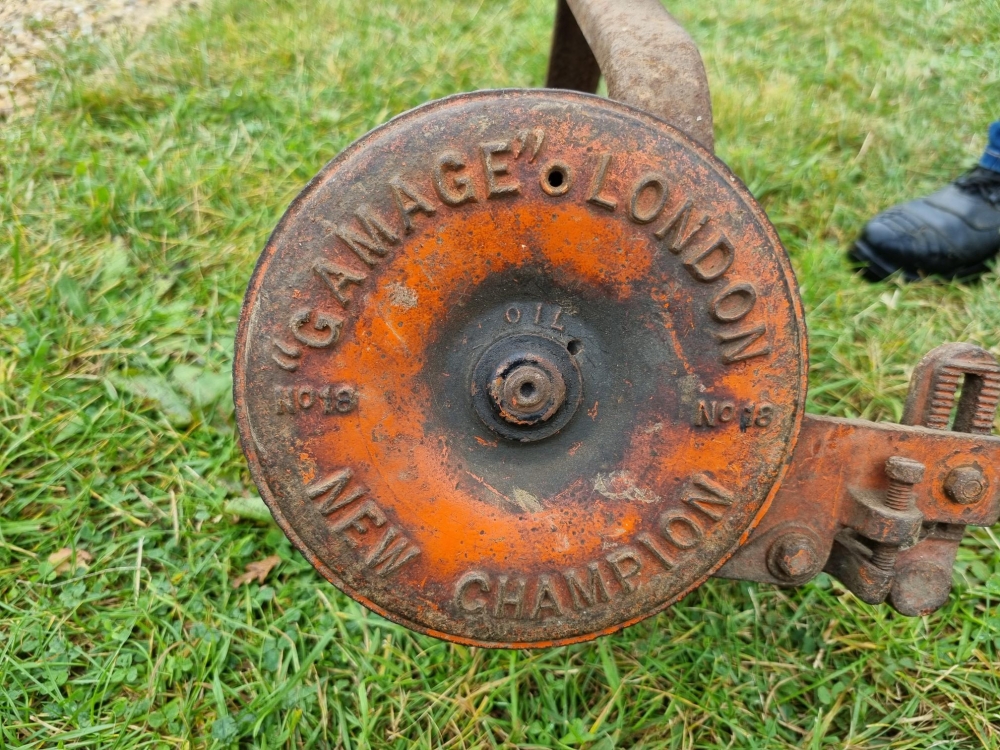 Thanks Clive. That colour looks exactly the same as the Britisher. I will remove a wheel to check if it's not faded red. However I should have provided a photo of the underside where daylight is not so penetrating- the colour is still orange.

Gamages were a big London concern as I remember that used to have massive warehouses to hold all their stock, they sold everything from oddly named razor blades to wardrobes as I recall, did they sell bankrupt and fire damage stock too I wonder. They used to have smaller and smaller ads in Flog it and Swap (Exchange + Mart) weekly magazine, which has also gone now I believe. Also ads in DIY magazines etc, heady days.

I find the whole subject of 'catalogue' mowers fascinating. They all have a story to tell - not just about the mower but the retailer as well. The range of goods sold and the whole social history behind them. Just because they may have been sold by cut price warehouses, the earliest cash and carries or department stores and garden centres it didn't mean the quality of the mower was cut price. In most cases they would have been manufactured by the well known long established mower manufacturers and if not , certainly using their components. Was the Gamages mower made and sold  in large numbers ? 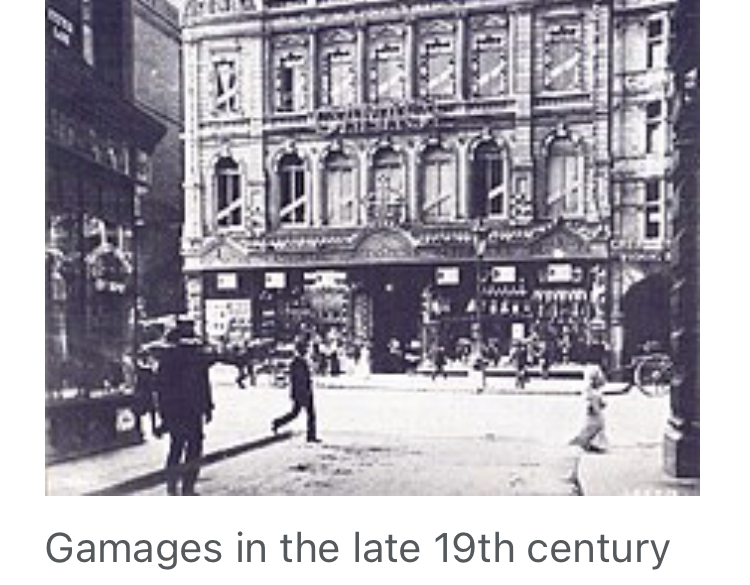