After a few dry days and some sunshine, I have managed to complete a trio of JP Maxees variants and detail below the finished article with "before" and "after" pictures.

This mower is a 1948 Maxees MK1 and is interesting for a number of reasons, not least because of the use of aluminium in its construction, steel being in short supply after WW11. Here are some pictures before restoration. 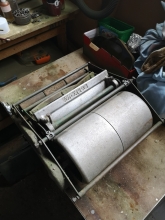 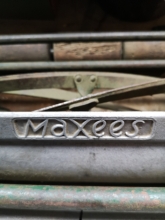 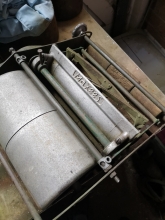 The mower displays the usual JP characteristics in having a detachable cutter unit, but the means by which this is retained in the chassis through the use of rotating brass sprung clips proved to be frustrating!  I can see why this method of retention did not last long in production and was changed on the JP Maxees MK2 to a retaining screw instead.

The bottom shear blade was screwed to an aluminium knife frame - unusual in that all other JP's Henry and I have seen had cast iron knife frames.  Of interest is the lettering on the aluminium grass deflector.  This shows a different lettering style, much finer in detail.  I have another JP Maxees MK1 which has much coarser lettering.  The front roller height adjustment handwheel and the clip holding the handlebars together were also aluminium.

The transmission cover for the drive sprockets and chains is shallower compared to later JP Maxees.  On the top of this are oiling holes covered by riveted spring clips.  It would appear that JP used 2 different styles of spring clips, possibly made by Allied Springs in Birmingham. Of note is the mechanisms JP employed for adjusting the eccentric alignment of the bottom blade to the cylinder blades. This changed to a much more accessible screw on the cutter unit.  The rear rollers are "spoked" and not solid sided rollers. Possibly not original to the mower are the cylinder blades.  It was observed that they had splayed spiders and a fluted edge to the front of the blades.  Previous observations suggest that this might be a slightly later blade from a later model of the Maxees.  Normally on a mower this age, I would have expected thicker blades and not fluted on the front edge.

Restoration included a complete strip down, paint stripping, re-painting, re-plating parts, the creation of new transfers from water-slide transfer paper. Paint was colour matched to the original colours. New front rollers were made to the original JP drawing and are in beech, coated in linseed oil. 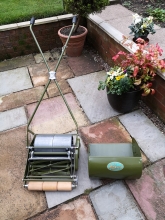 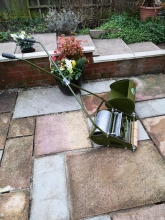 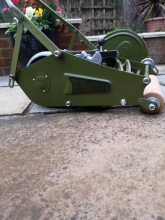 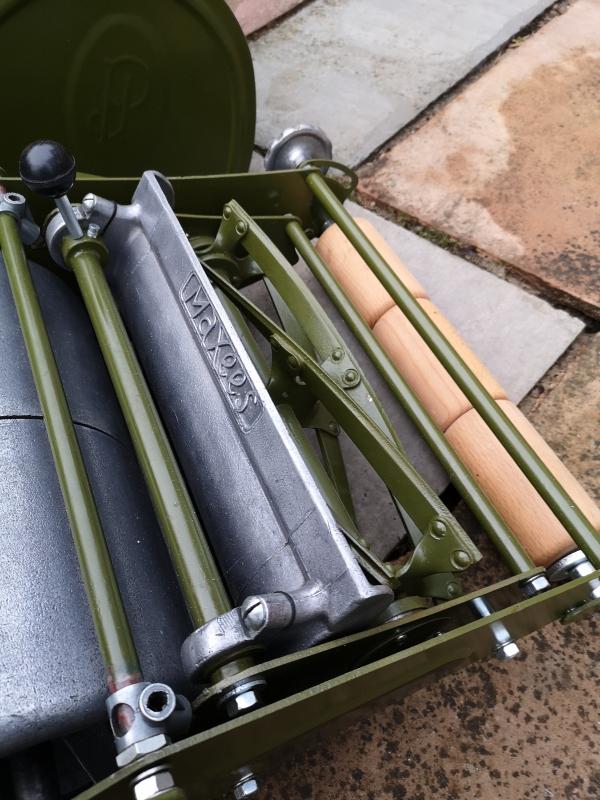 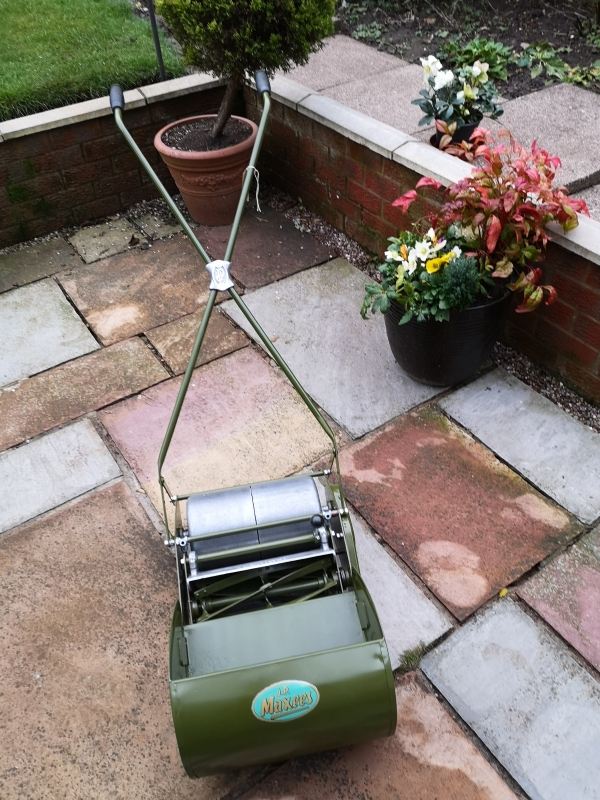 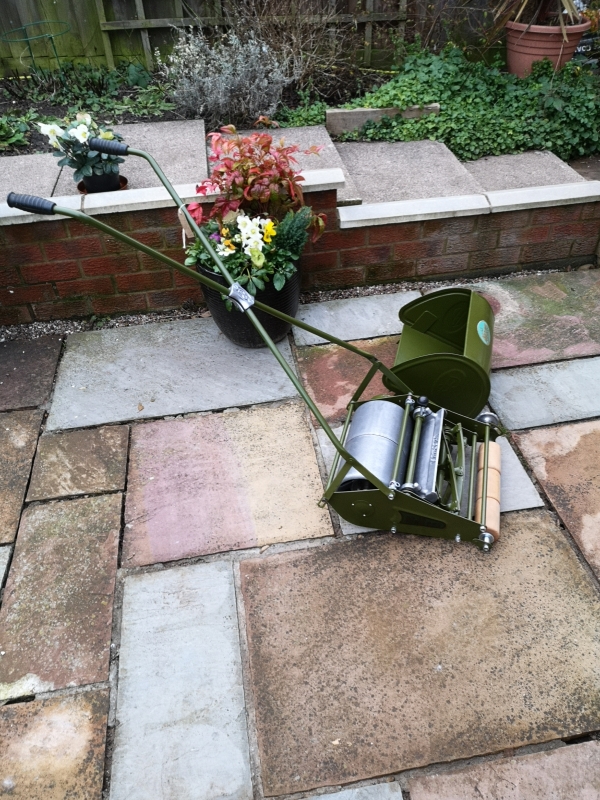 Other restored JP Maxees variants will be posted shortly.  The collection grows!!

Absolutely stunning. I really like the accentuated Maxees logo on the Mark 1; so distinctive.