Hi all, have been lurking on the forum for a while and thought I would post some stuff back regarding my restoration of a Ransomes Ajax Mk 5. The forum's been great for providing me with some background information so I thought I would start posting some of my pictures back to add as a further resource. Here are a few images as purchased on eBay. I had to drive round the M25 to Dartford to pick it up and I paid a bit over the odds (hindsight is a wonderful thing). It was being sold on behalf of an old dear in her 80's who's husband had bought it in the 1960's. It came with half of the original box (which I've chucked as half a box isn't really much good!). 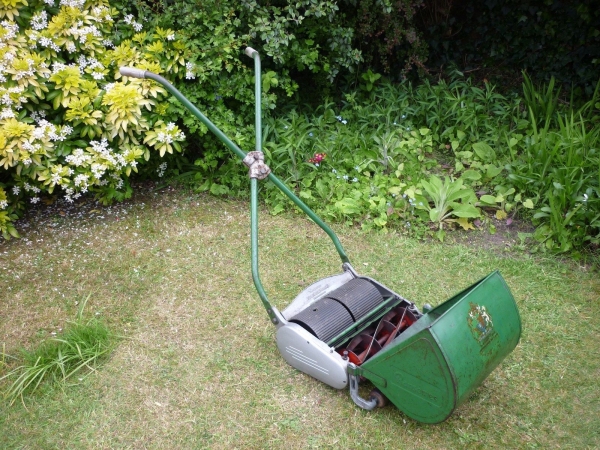 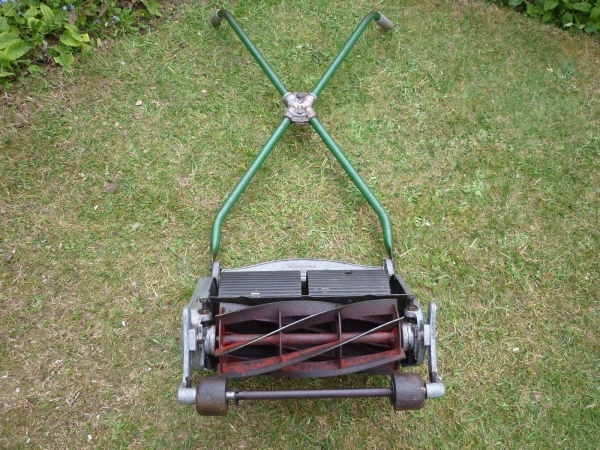 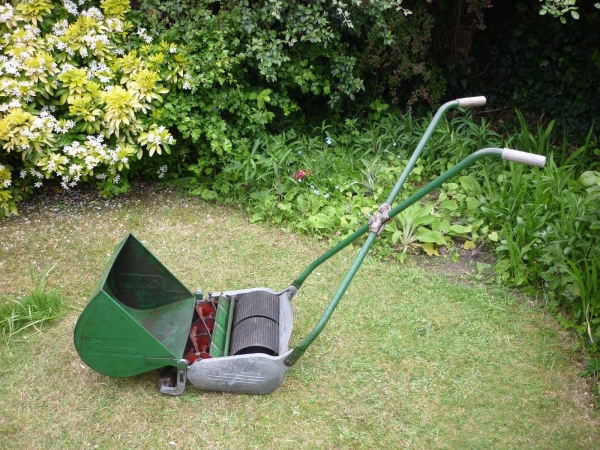 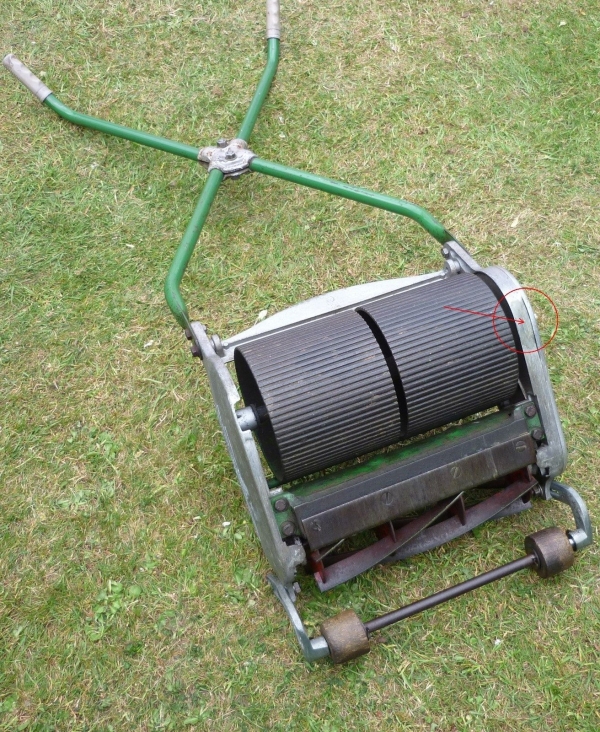 Here is the bottom blade and

Here is the bottom blade and blade holder after cleaning and painting. The blade itself is new old stock bought on eBay. I had a right old job undoing the machine screws on the original blade which had seized but eventually got them undone with copious soaking in WD40 and the application of my Makita impact driver with a suitably large size screwdriver bit! The paint I'm using is Halford's Rover Brooklands Green (I don't like Ransomes Green). Before there's loads of comments on the paint....my mower resto...my paint colours! However....as you will see in later posts I have had the rear land rollers cleaned and they have come up like new as well as the original paint...so I have left these untouched from a conservation perspective. 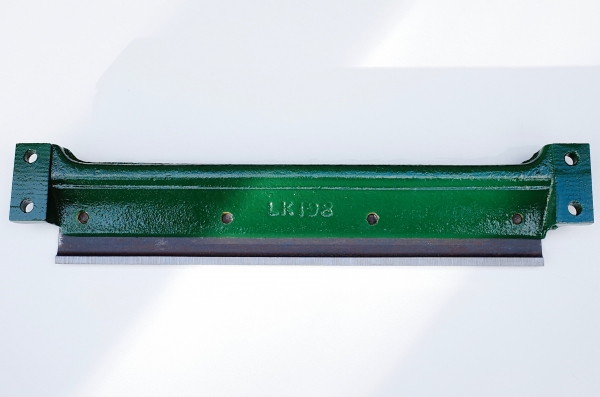 Looking smart, but close the

Looking smart, but close the gap in the rear roller a bit. A couple of mm is fine.  New bottom blade but no mention of having the cylinder ground . An “ as is” cylinder  against a new bottom blade  ( skimmed after fitting??) is not the best receipt for a keen cut .

Thanks for the comments

Thanks for the comments Wristpin. Those first pictures are of the mower as purchased before I'd started on it (in fact those are photos from eBay) so the land rolls will be set closer together when finished. You mentioned the cylinder. This is one item I sent away to be sorted by a guy I found on eBay. Cleaned, painted and ground for £30 plus about £10 to post it up to him. Money well spent in my opinion.

I don't have any bearing pullers so he also removed and regreased the bearings for me although I had to take these apart again as I wanted to paint the bearing caps the same colour as the side frames. 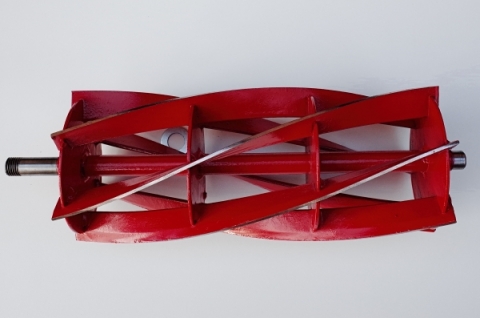 Getting the land rolls off

Getting the land rolls off the axle was an interesting operation. Over the years where the grub screw which tightens the ratchet onto the axle had presumably loosened it has rotated on the axle and put some relatively deep score marks into the axle. The land rolls are a relatively snug fit onto the axle and getting them off therefore involved a fair bit of WD40, heating with a blow torch and some judicious banging on wooden blocks. Eventually they came off. On thing I would recommend is photographing the ratchet set up so you know how all the bits go back together again!

Luckily I have access to an ultrasonic parts cleaner at a certain F1 team and I got to say, the land rolls have come up like new. The photos below show before and after cleaning. The paint on the inside of the rolls is as it came out the Ransomes factory. I was going to clean and respray but I'm going to leave the paint original as it's like new. 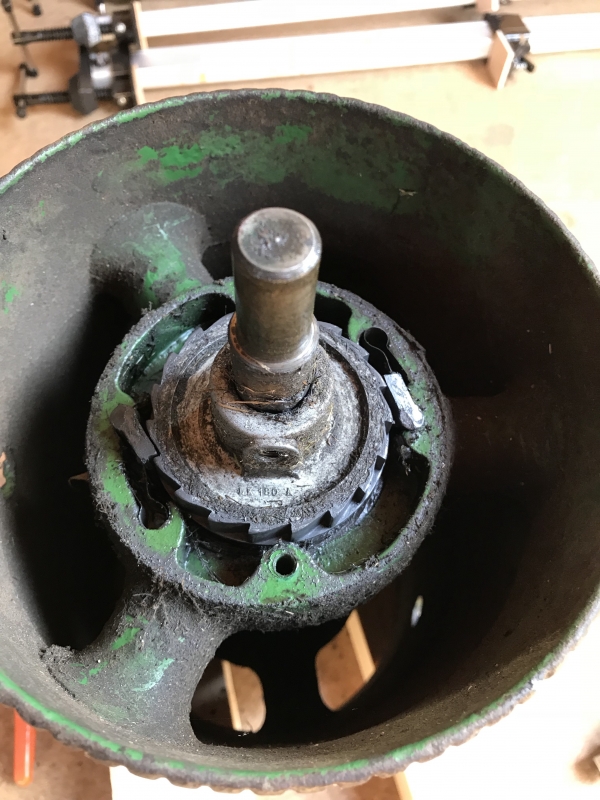 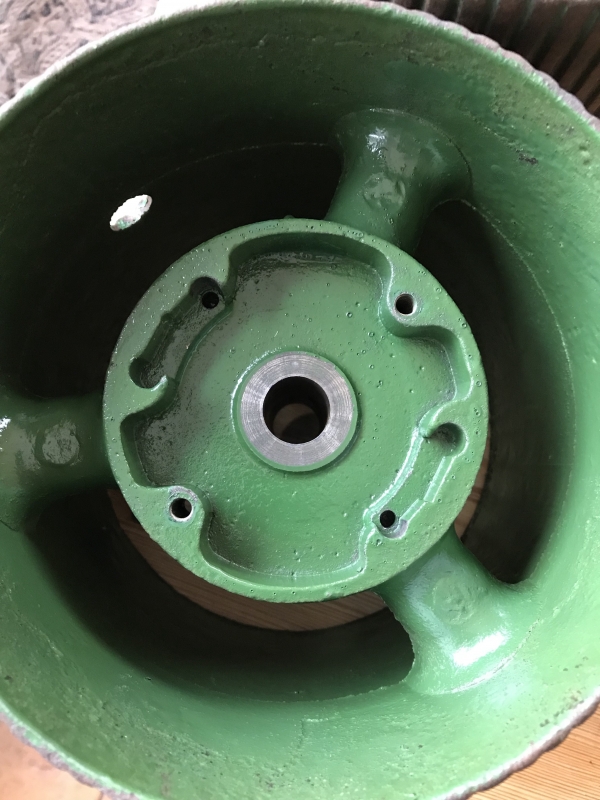 Here's a couple of shots of

Here's a couple of shots of the new front rollers I had turned from beech, again by a chap on eBay. I had a new stainless steel bar fabricated to replace the old one which was a bit too far gone in the middle where the middle two rollers had been removed. 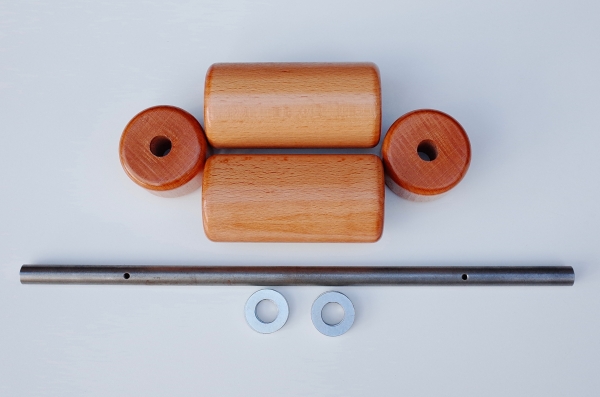 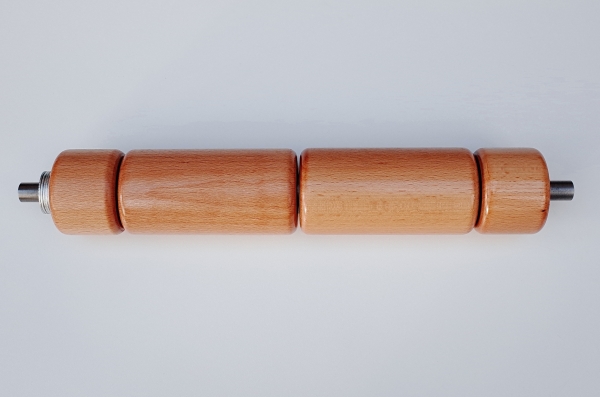 Some shots of the refurbished

Some shots of the refurbished throw plate and handles. These have been stripped, had a lot of rust remover applied, polished with a steel brush on my drill and re-primered, painted and lacquered. 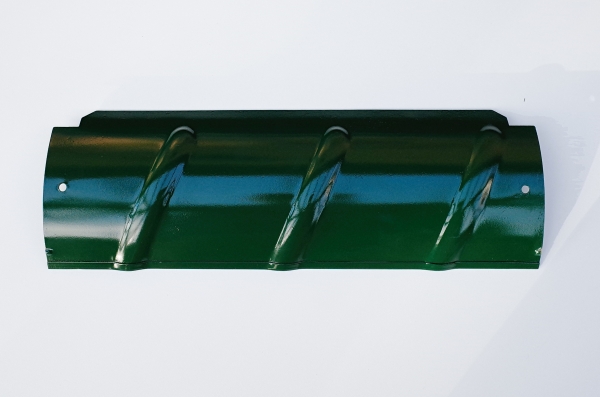 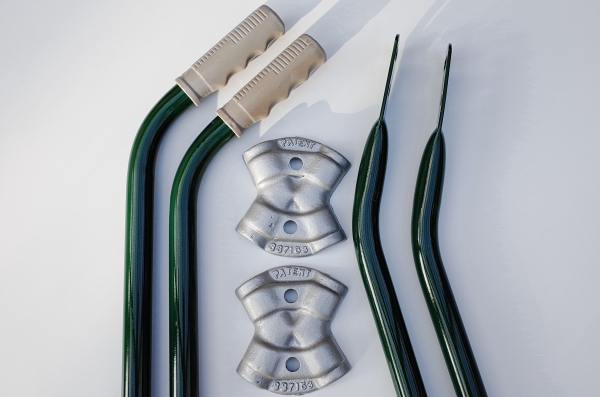 Refurbished side plates and

Refurbished side plates and top bar. 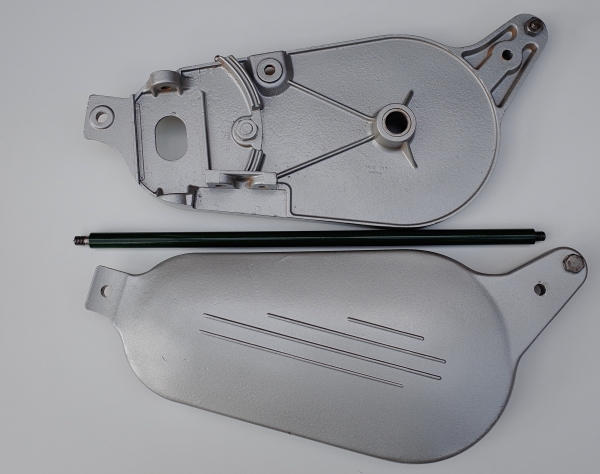 Bolting the bottom cutter blade back into the side frames. 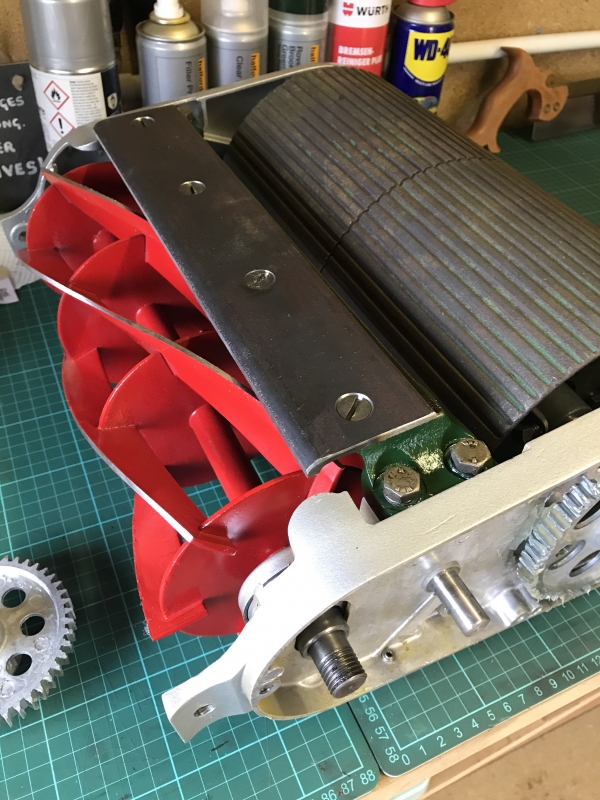 Here's a couple of pics of

Here's a couple of pics of the finished machine. Grass box is not done yet. 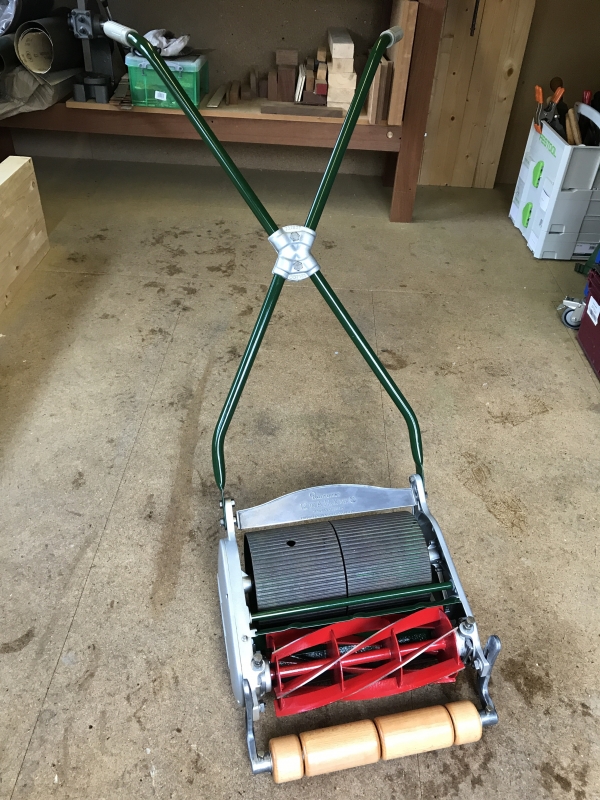 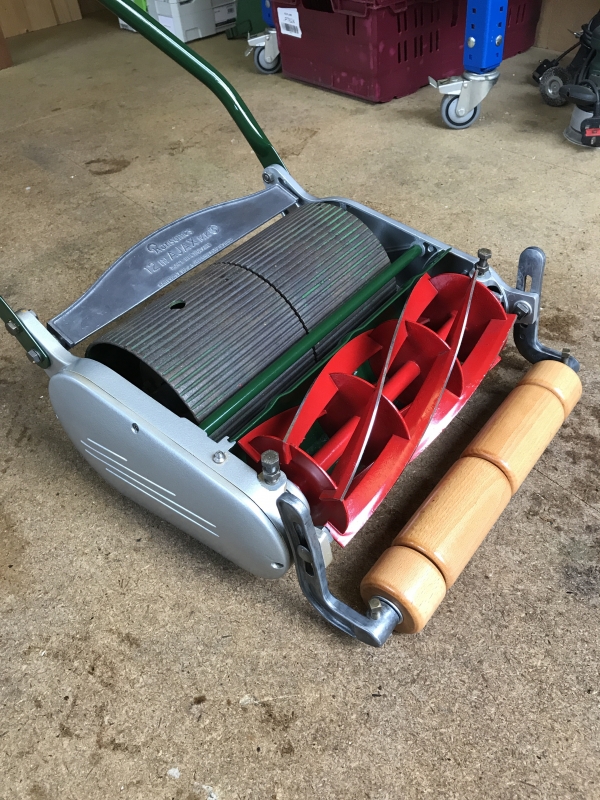 Your finish is far superior to what I've been able to achieve. I presume you've used a spray paint?

Excellent job and I do like that green.  I have some Ransomes Ajax's too. One of mine is silver and black!  I would like to know a link to the person who made your front rollers. I need new ones for all of mine.

Can you please let me know who provided the wooden rollers?

A credit to you, a lovely job

A credit to you, a lovely job.

I had an Ajax for decades, but no box to go with it, I loved the sound of the very fast and high pitched ratchet, which makes these machines almost unique. So light and manoeuvrable too.