I have recently been ' doing ' a Shanks Wren. During the course of dismantling to thoroughly clean, I noticed that the holes in the cylinder pinions were off centre. Presumably this isn't deliberate and can't be wear so I put it down to the foibles of mass production. It doesn't seem to affect the performance of the machine, which is actually very good. Perhaps this is an indication of the general decline that Shanks were suffering when this machine was produced - early/mid 1950's.

I've not particularly noticed this with other machines to the same extent before but I'll now be on the lookout. 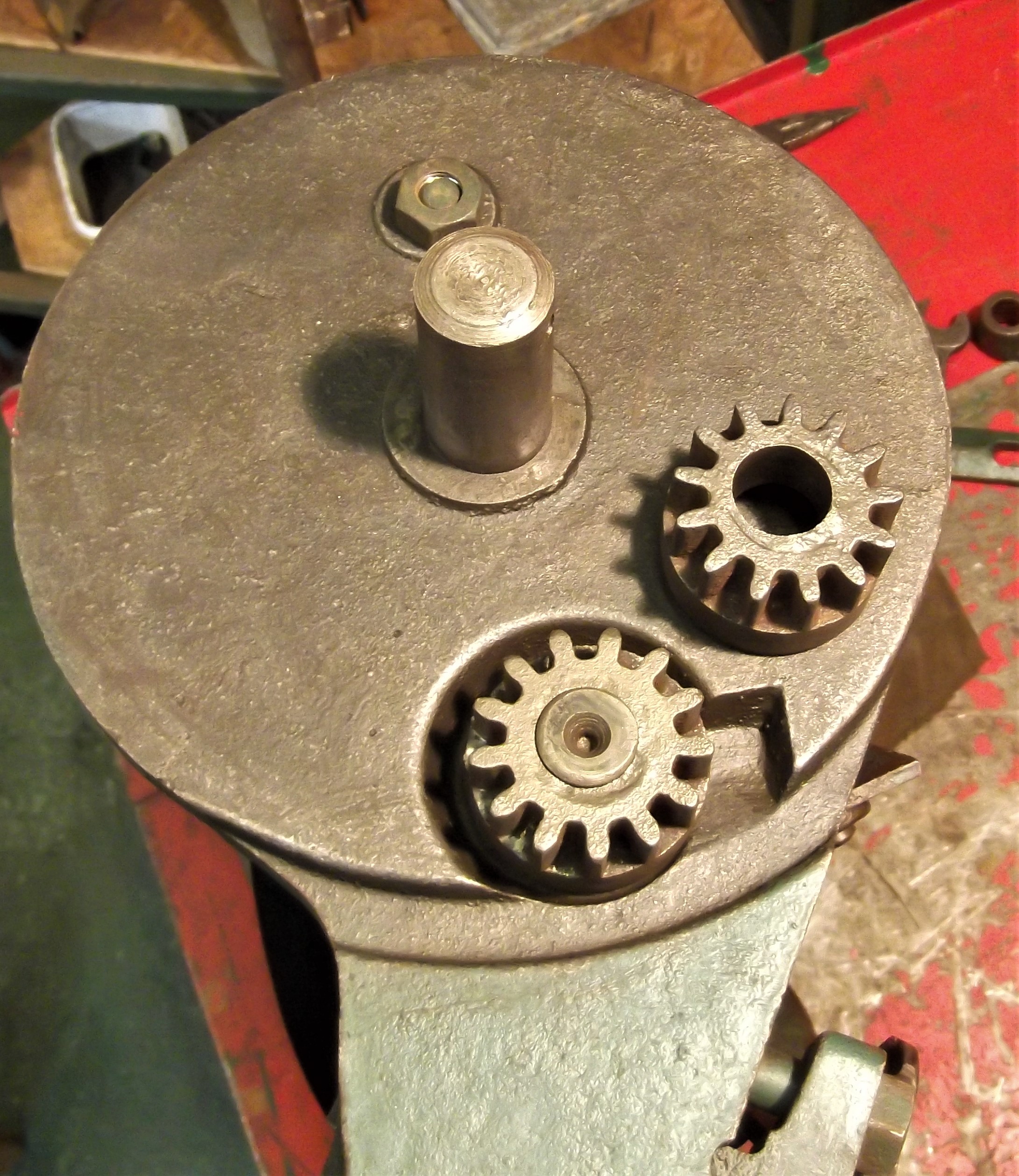 I hope you don't want a

I hope you don't want a refund? Yes a strange one, will have to check my box of pinions to see if there are any other examples.

Hows the Wren taking to the Emu?

Interesting that you are

Interesting that you are restoring a mower that shares the same name as our young granddaughter who lives in the USA.

Re the eccentric drive gear it could well to put it politely be a manufacturing oddity but  looking at the depth of the gear teeth it probably does not effect the mesh of the gear teeth on the wheel rim but that could be difficult to prove as they are well hidden from view.

I thought I would add my 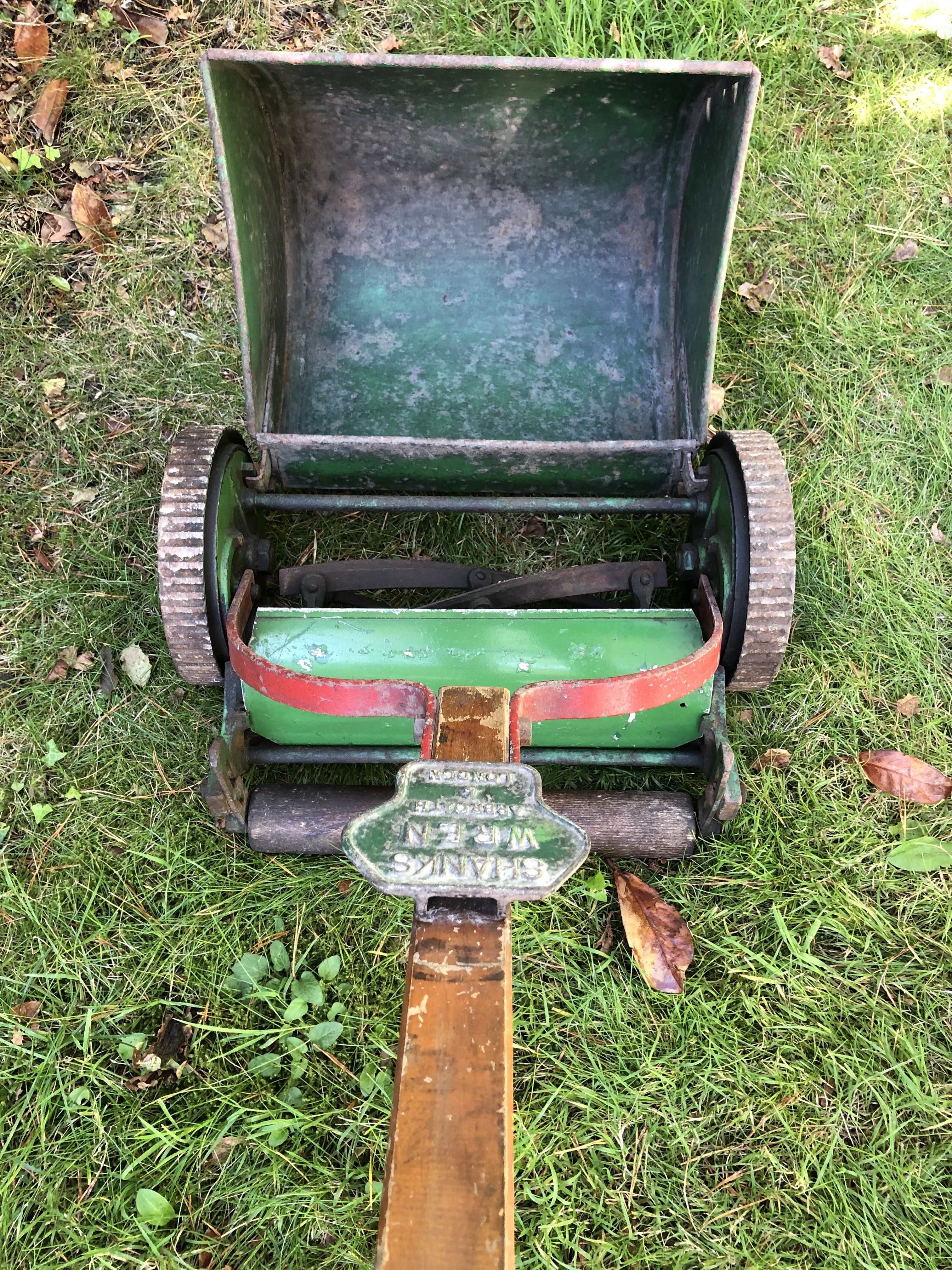 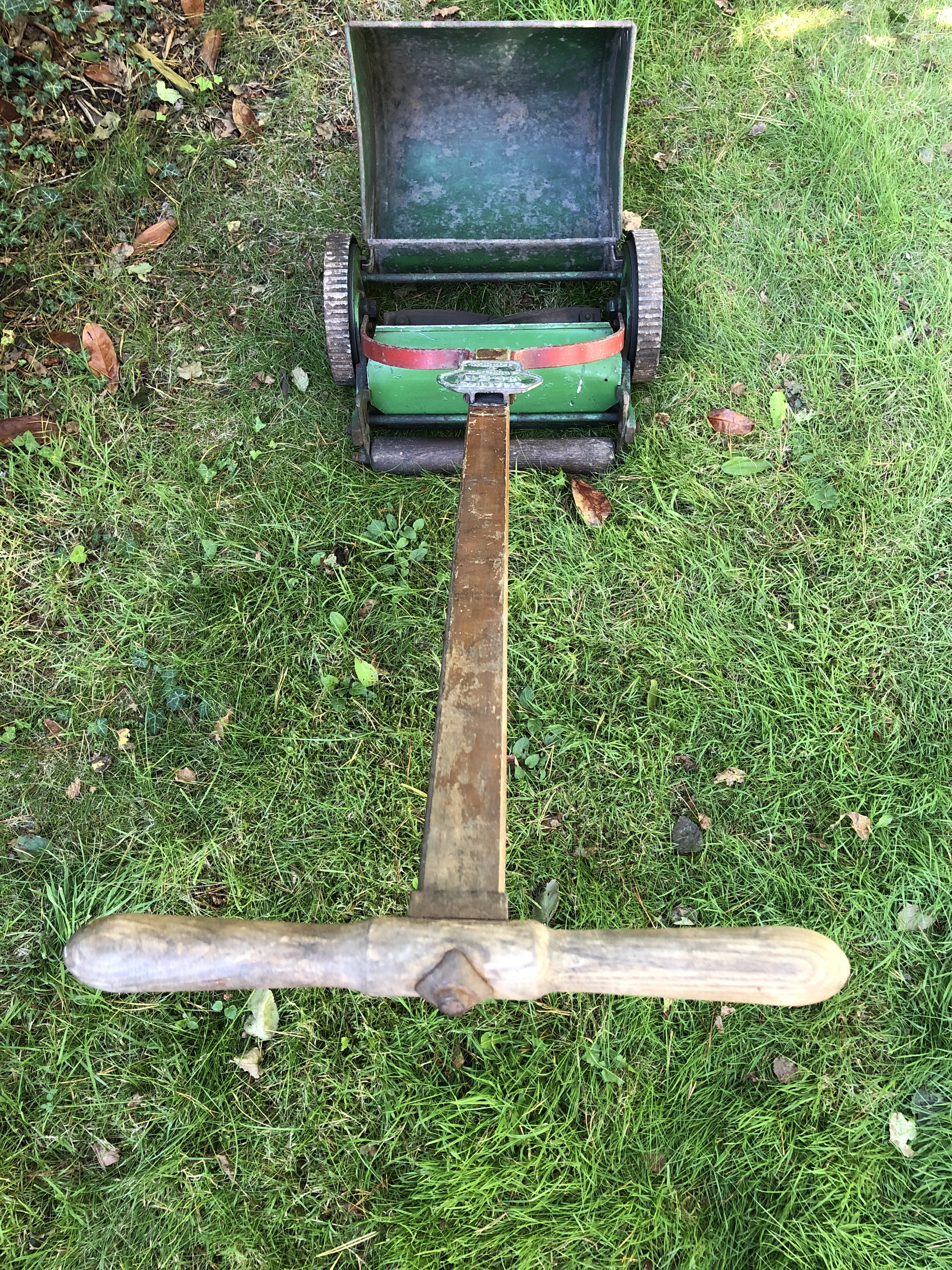 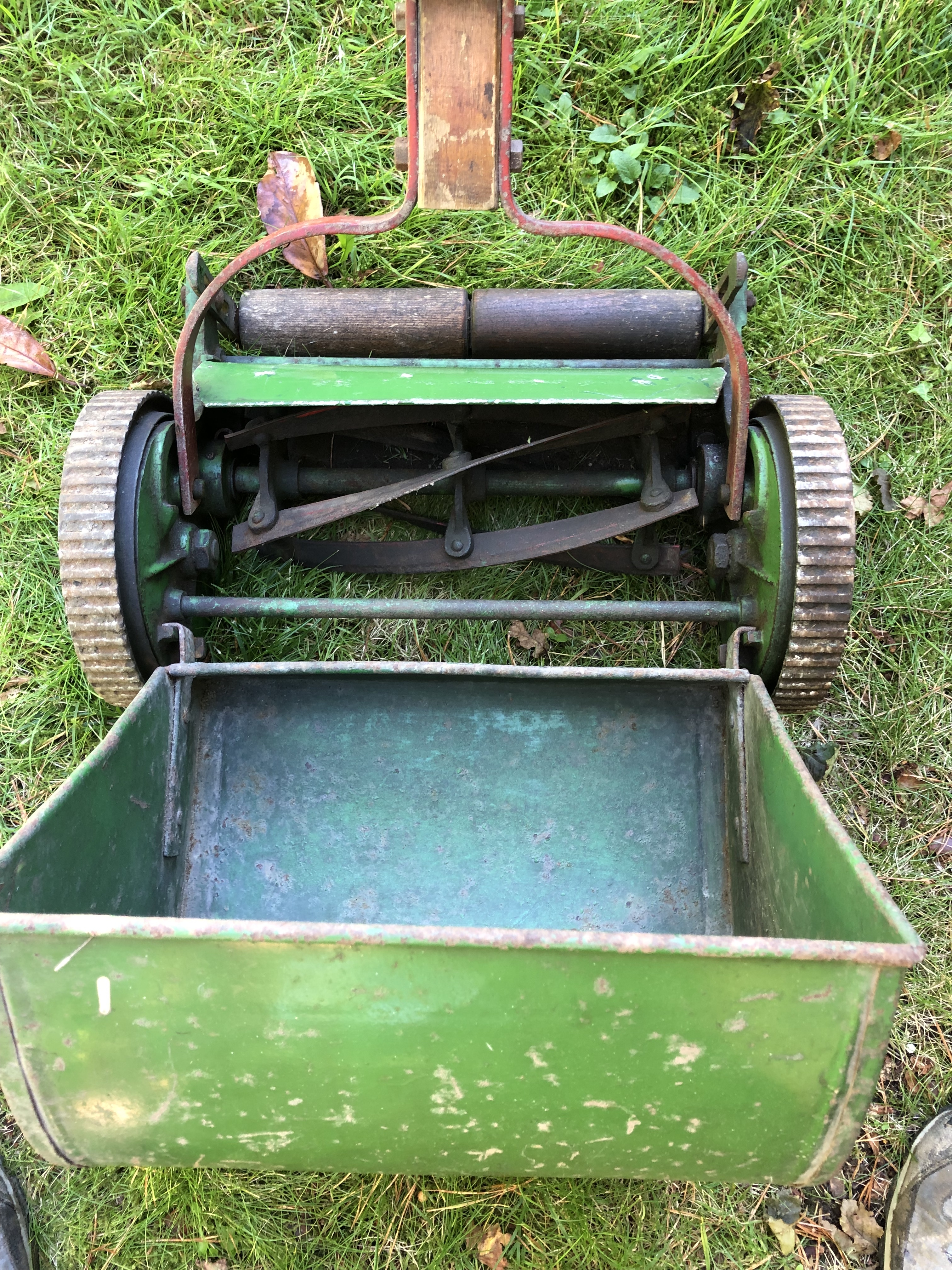 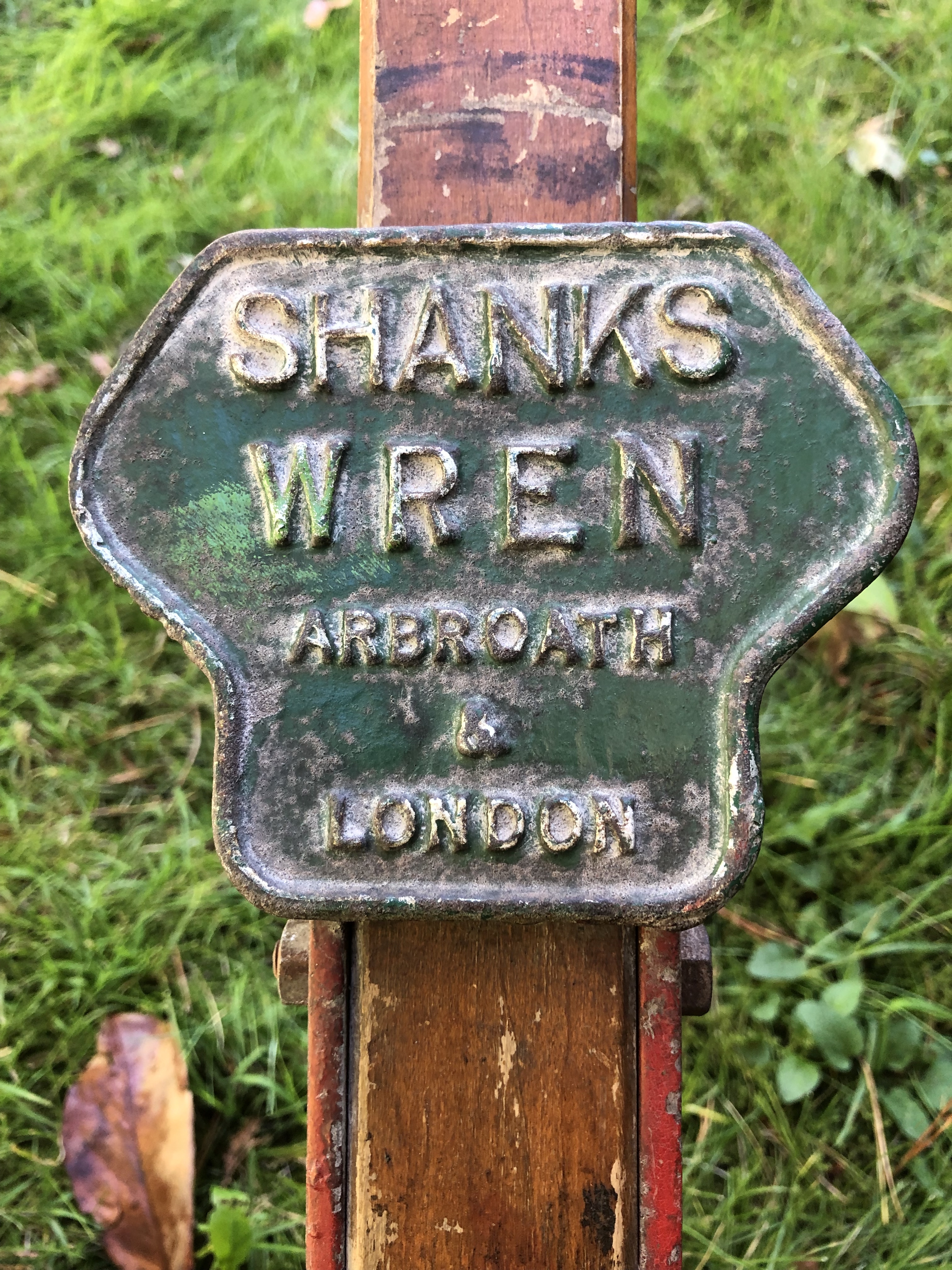 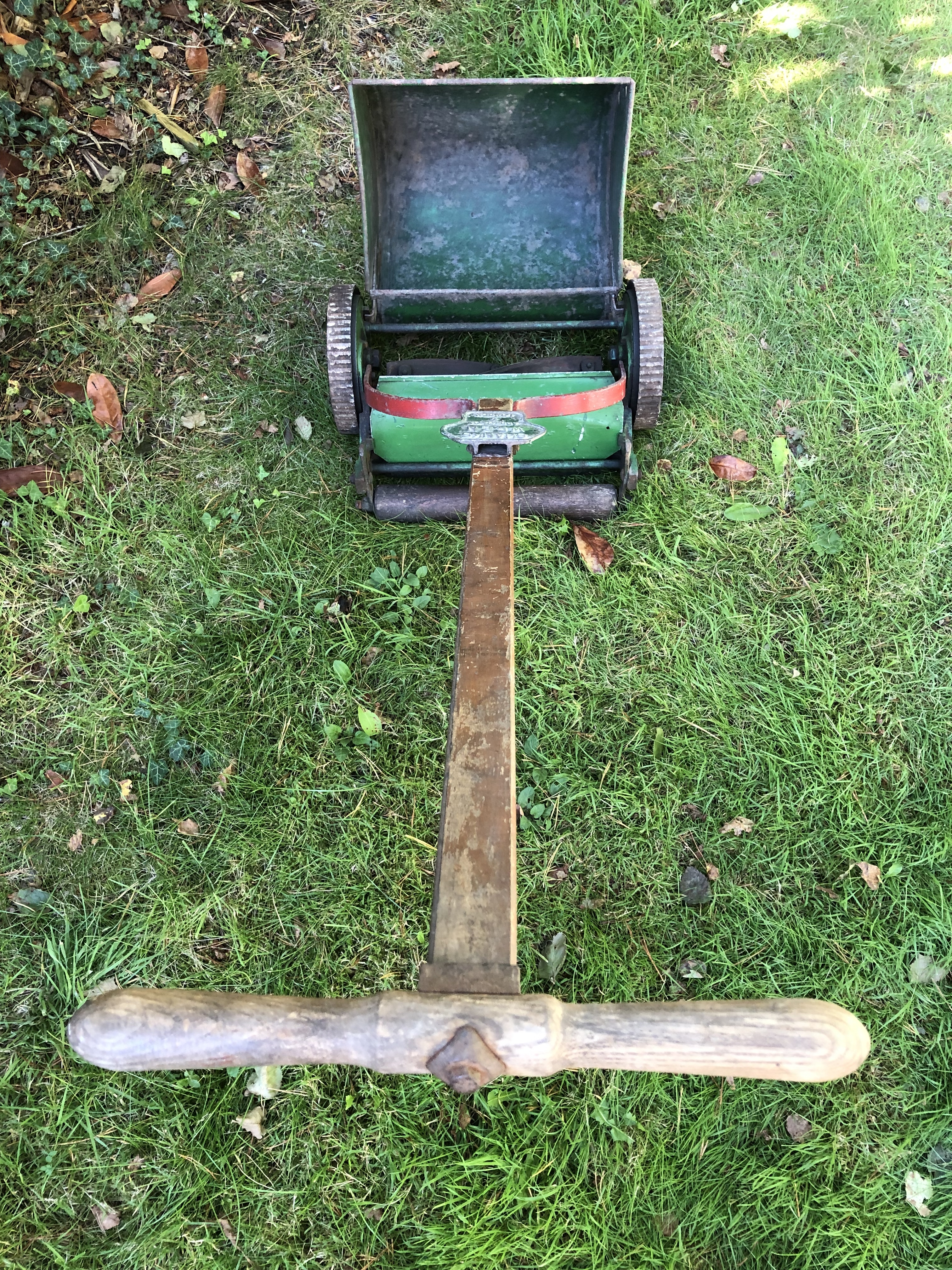 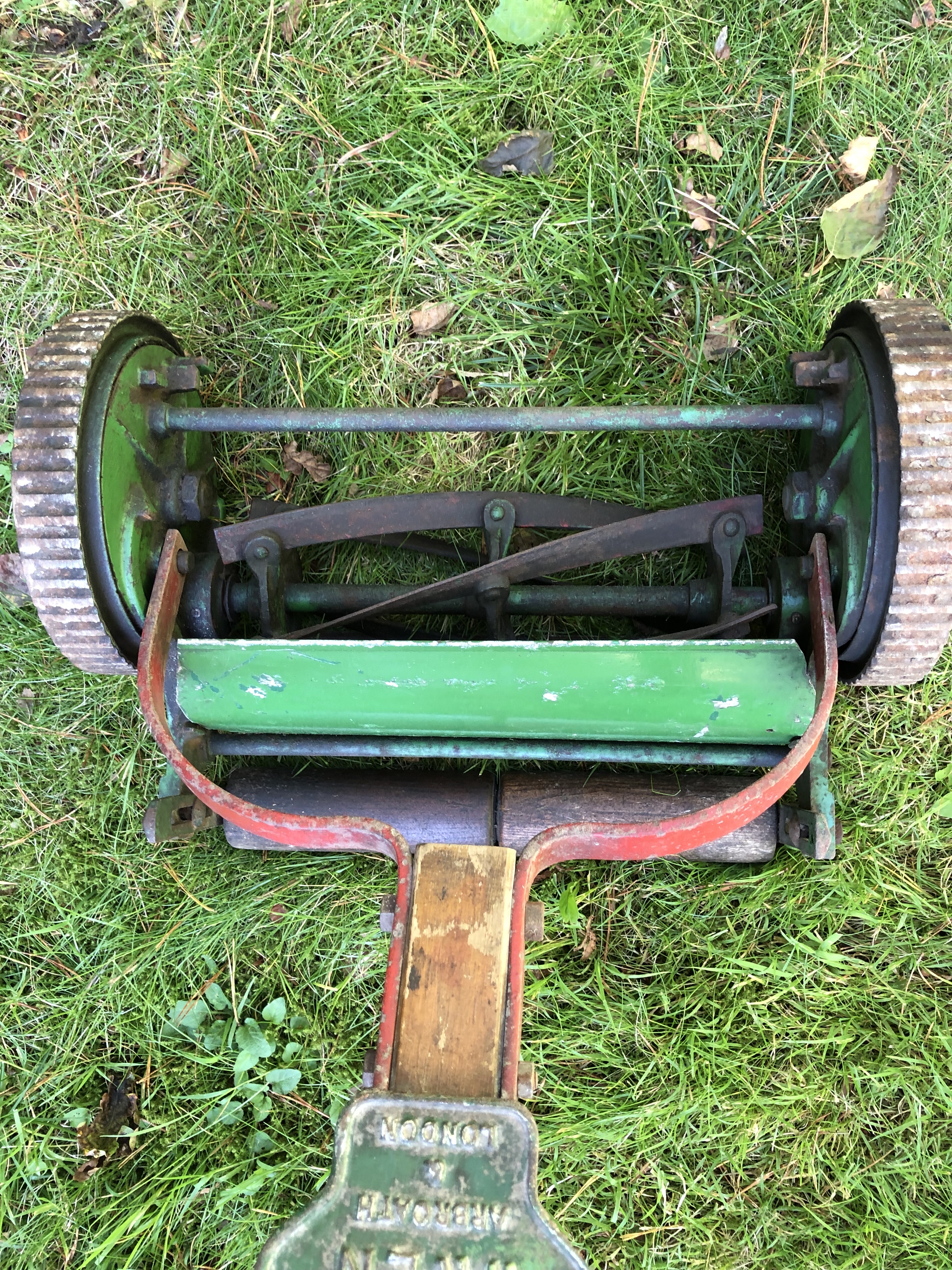 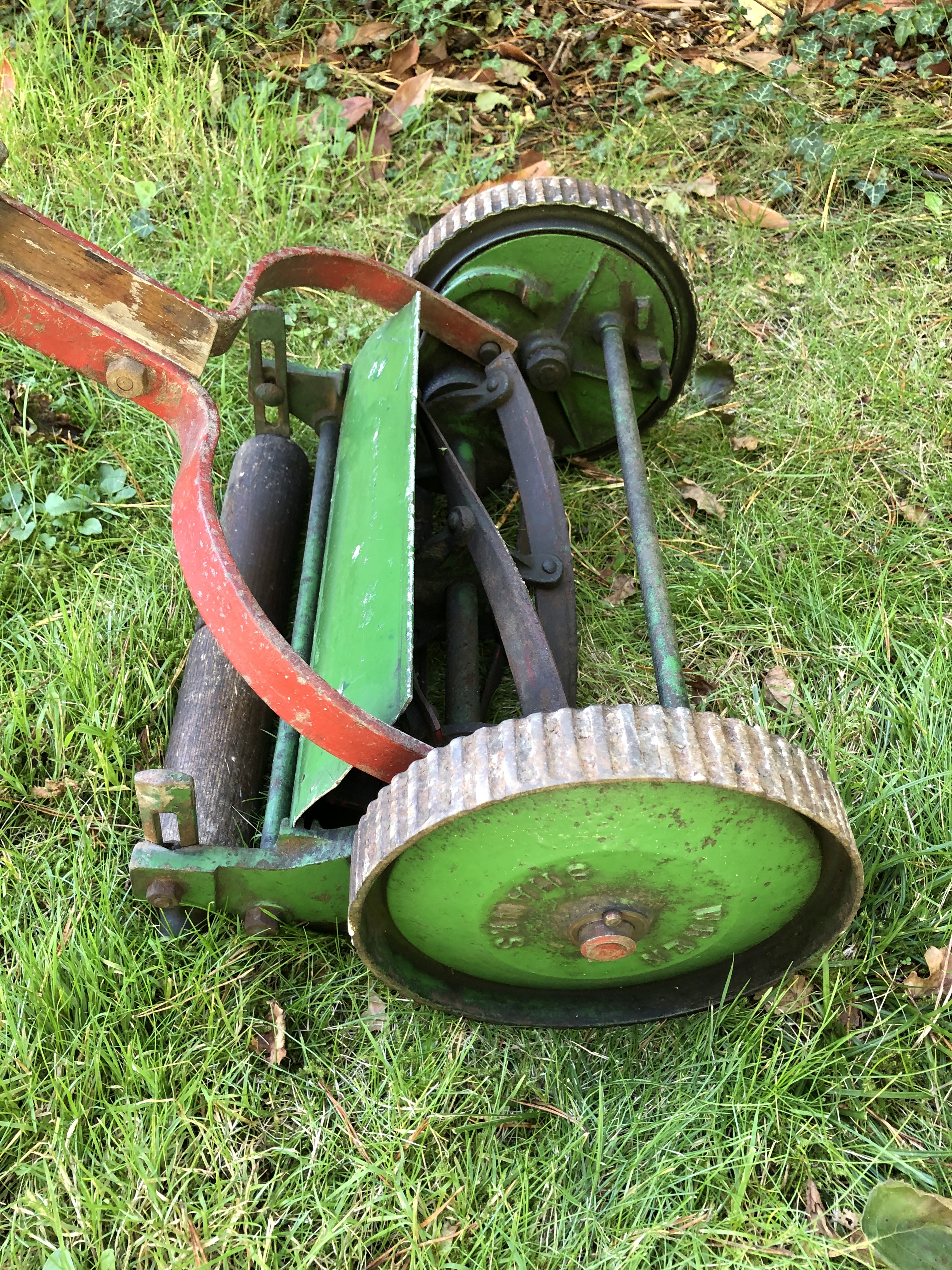 I thought I would add my Shanks Wren to the mix. This one has its original throw plate and Grassbox. The paintwork is, believe it or not, the original. This mower has clearly, given its age, seen very little work and as such is in this fantastic condition. I won't include any history or technical information about these mowers as Colin has done a great job in subsequent postings about the Wren.