I dropped a large "waste" man hole cover last year after debates with the water company,it's their asset on my property but the mound leading up to it was significant. and a raised eye sore.

Having taken a course of bricks out and replaced the massive cover with a modern air tight job I got the area almost level to the rest of the lawn. - At my cost and with their permission (as if they had an argument...)

The problem I have is there is a large circular concrete "biscuit" around the the cover which only left me about 50mm to stay flat to the lawn , I put down some turf on a thin layer of soil but the expected happened in dry conditions.

Where I dropped the rest has taken and ignoring the scalps will be ok and level in time. Ignore the drain cover mosaic...

Asking in case of any natural solutions, but is astro turf the only realistic solution for covering the biscuit? 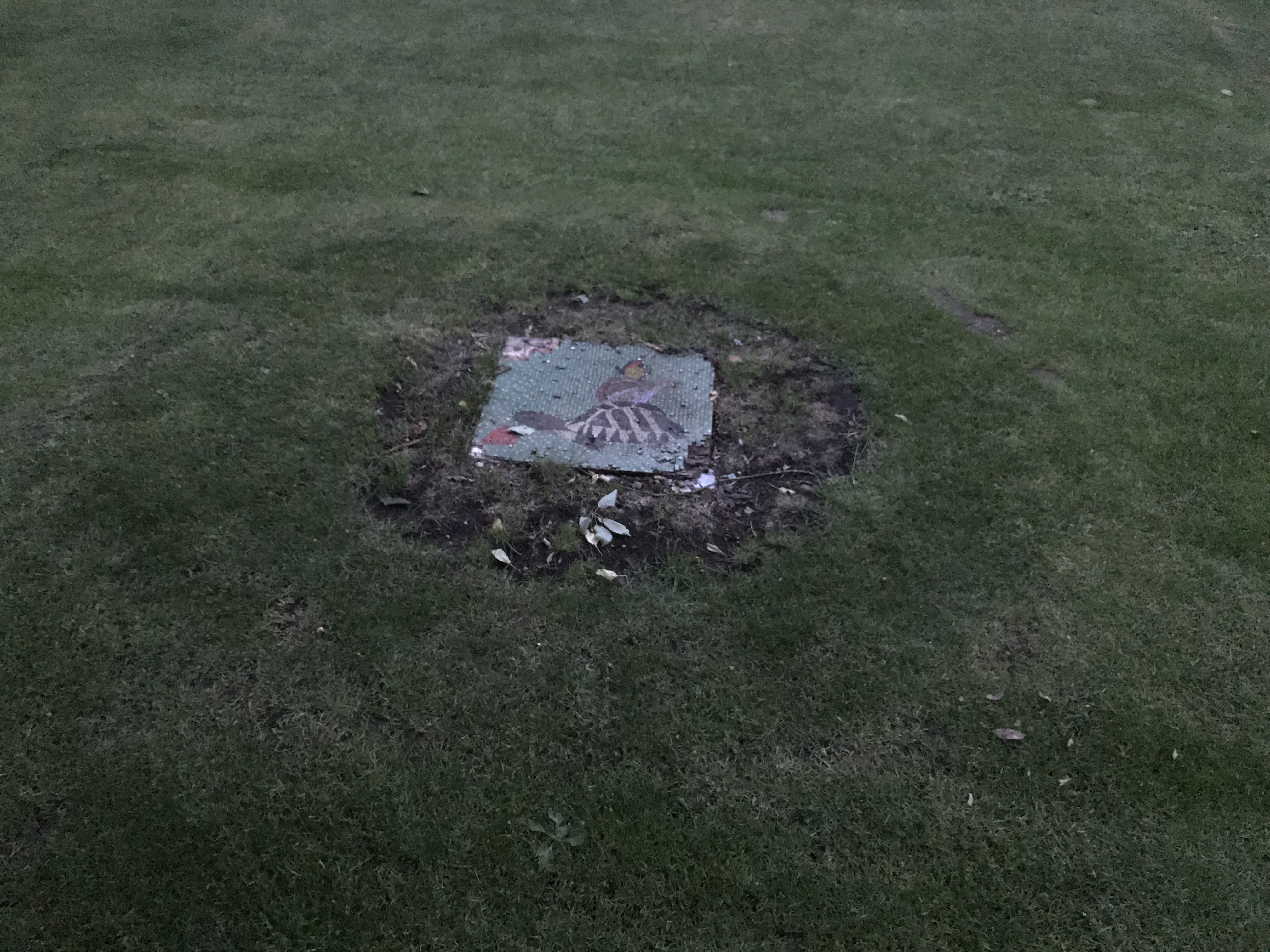 The problem I have is there

Tough problem. So there's 50mm between turf surface and concrete? I guess the concrete is possibly absorbing any available moisture creating a mini desert, or maybe there's some poisoning of the soil by it. If that's the case, maybe try sealing the concrete as well as you can with something that's soil (and turf) friendly.

Hi yes, 50mm max is all I have on top of the circular slab to stay level with the rest of the lawn.

Sealing the slab is a good shout, but I am wondering if 50mm is just too shallow and hostile for any grass type to survive..Fake grass will not blend in too great I guess but given what it looks like now.

Why not turn the thinking

Why not turn the thinking about this issue on its head and put a large Anthony Gormley sculpture on it?

Thats not going to disappear

Thats not going to disappear overnight.Keep it watered around "man"hole.Its a "piss off "but what else can you do.In hot dry summers  these will suck/dry and cause growth variations  heat/cold and hygroscopic gradients are all set to try you and an obstacle for your mower and mowing movements.Even astro turf would have heat/cold and hygroscopic gradients enough to cause changes unforeseen and understood in real life.At least grass is forgiving,cheap and if it grows ,great.

Hi Chris, it might be a lot of work but is it feasible, depending on thickness of concrete, to disc cut back to within 2-4” of cover and fill with topsoil etc to get more depth.

I am wondering if 50mm is

I've had buffalo grow over less, and it was pretty poor soil, too.

put a large Anthony Gormley sculpture on it?

Thanks for the replies, "Tony

Thanks for the replies, "Tony" sent me his catalogue but I didn't like any of his efforts and the weigh would likely collapse the drain :-)

Hi Nick, the slab is huge, grinding back is doable but much work and mess.

GTC, I like this Buffalo grass idea, have just read up on it, Tough stuff on low soil! I'm going to take the turf up, relay with soil and seed it. Many thanks

I'd seal the concrete surface, too, while you're at it for good measure.

Just a note of caution with buffalo: It's a great grass but it doesn't take kindly to some chemicals. Make sure whatever you put on it says Buffalo safe on the packet. If in doubt, ask.