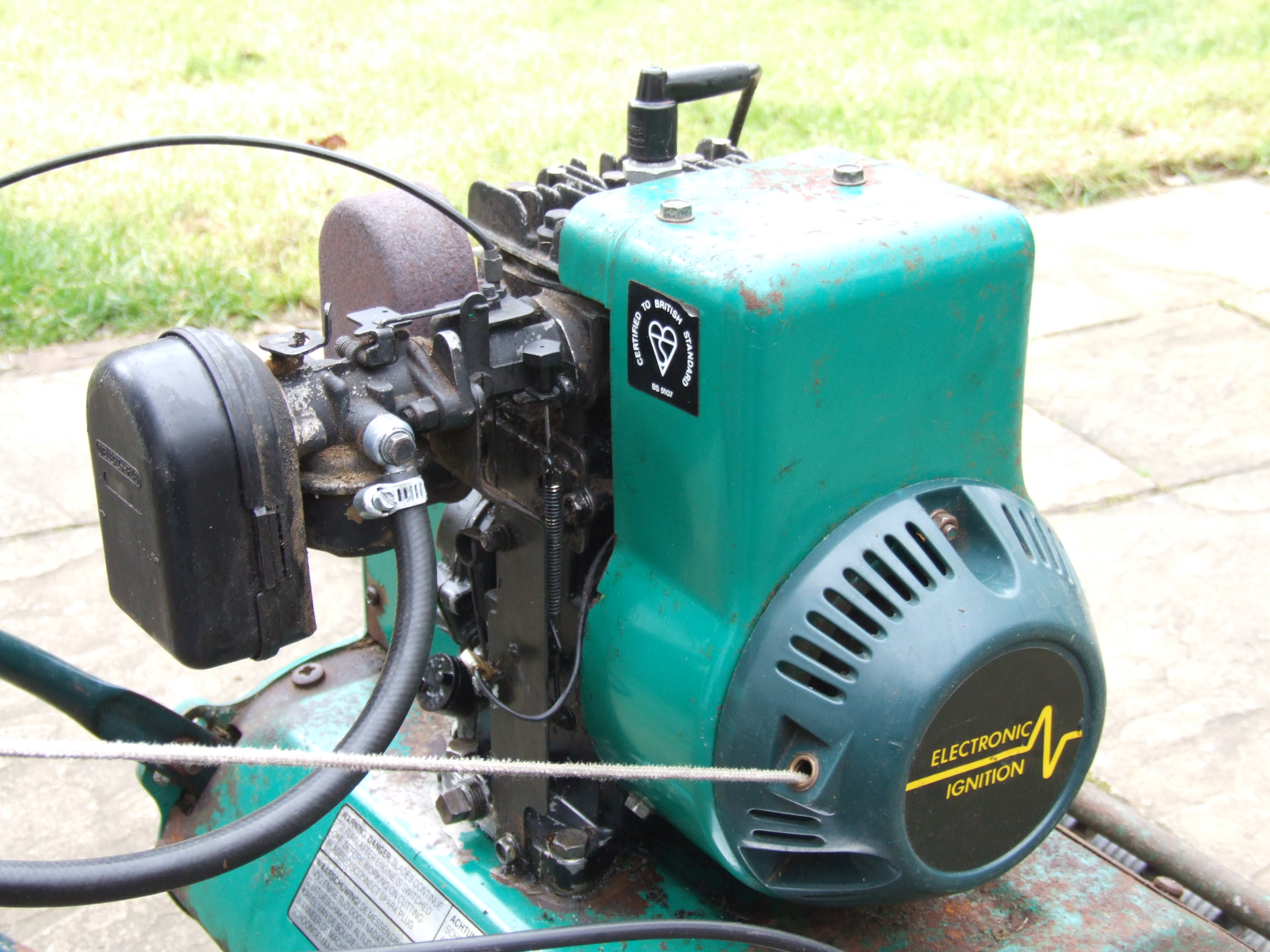 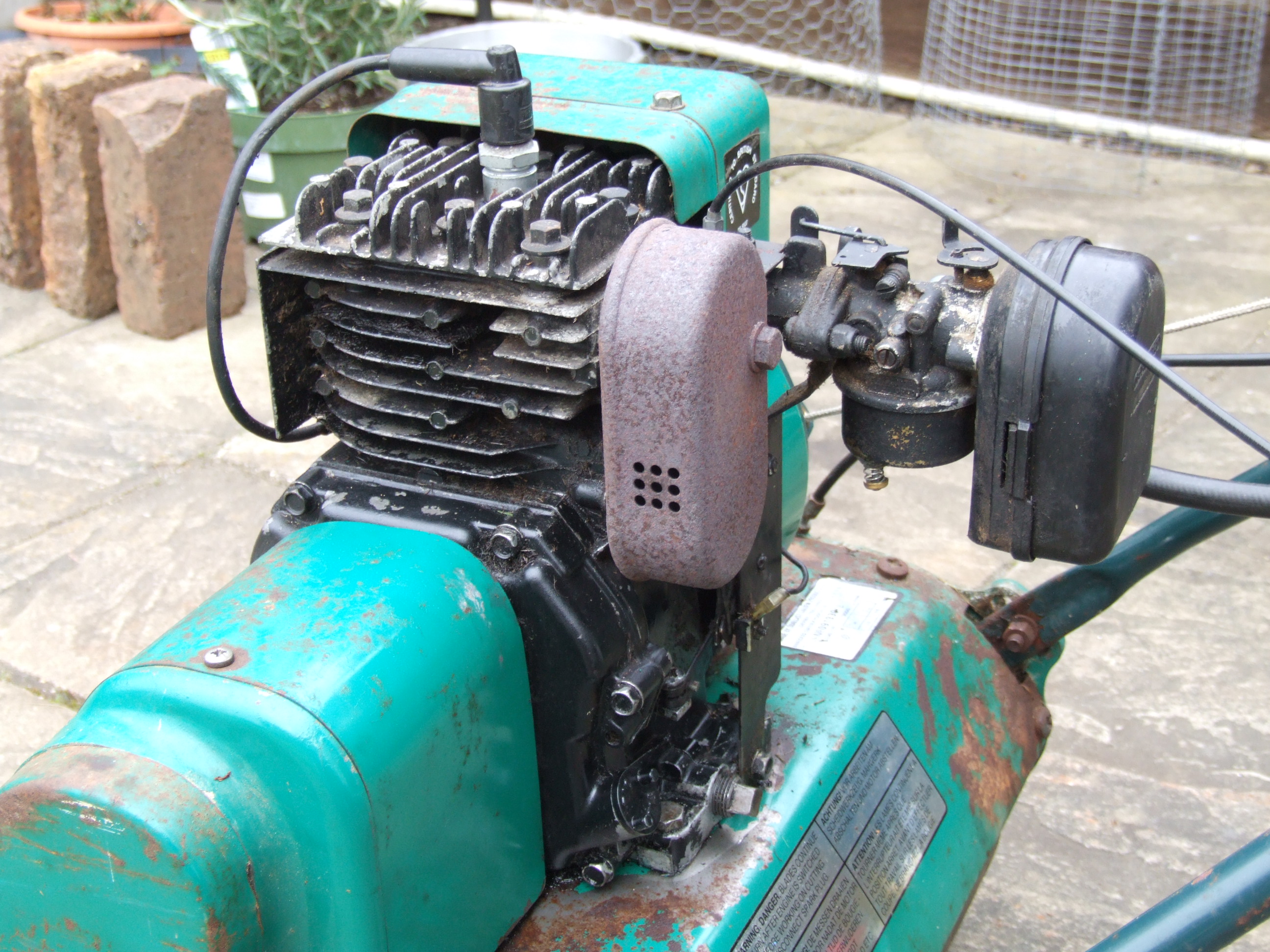 Have been given the above with no spark but that turned out to be the cutout switch and after a few pulls fired up and has a reasonable cut, thought it best to give it a once over and found the flywheel nut sheared off probably by the previous owner trying to get a spark but the flywheel was tight on the shaft and proud of the recess so welded a washer to the crank to hold it together.

Then found the square headed nut for the centrifugal clutch was missing but had a spare so put that in but will put some studlok on at some point, runs quite nice but the join in the handle bars is a joke and can see that fracturing in the future also do not like the pull start handle being extended with the loop as you only get a couple of turns of the engine so may remove the metal loop.

Questions,It has an aluminium engine but does anyone know what make it is and what make is the carb( for future reference) and in case the engine packs up at some point will a iron engine from an old Colt drop on bearing in mind chain pitch etc, and i did an oil change and it does not have a dipstick so filled to bottom of fill hole and it took around 400 Ml of oil so guess it is about right as you would have to lift the mower to get more in, a couple of pictures to id.

Engine. Suffolk’s own A98

Engine. Suffolk’s own A98 aluminium engine - with some Tecumseh dna. The carburettor is a Dellorto.

Fitting your old cast iron Suffolk engine will make it a nicer machine to use. More torque at lower rpm and more weight to settle the machine on the lawn. Should be a straight swap as all the rest of the drive, including the centrifugal clutch remains the same.

Pleased that the iron engine will be a straight swop as the history of this engine is unknown.