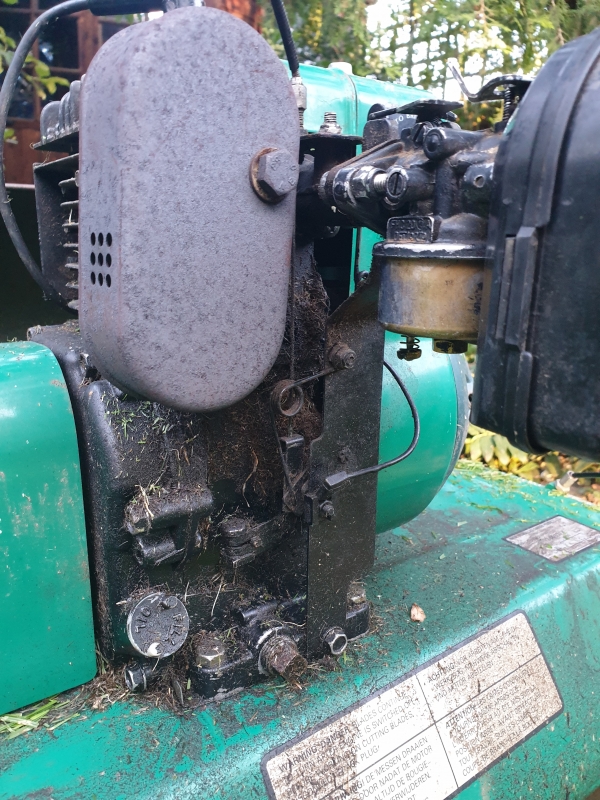 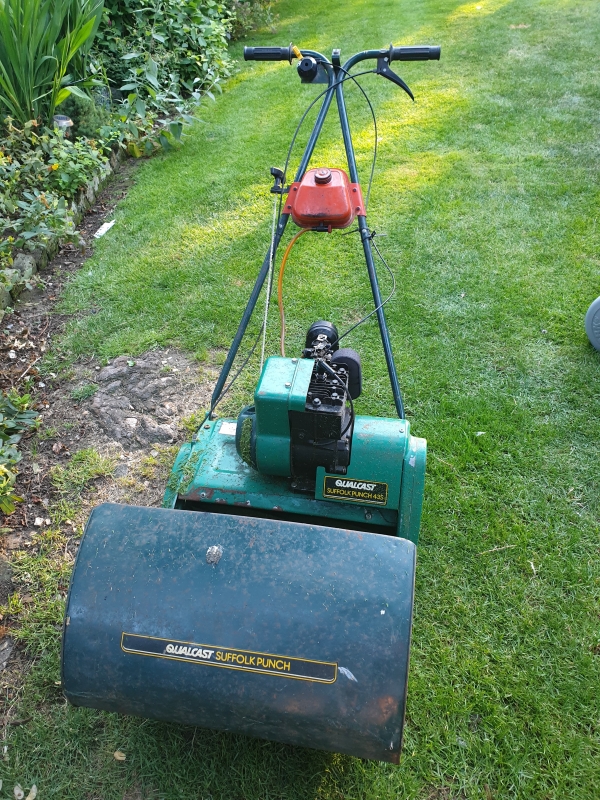 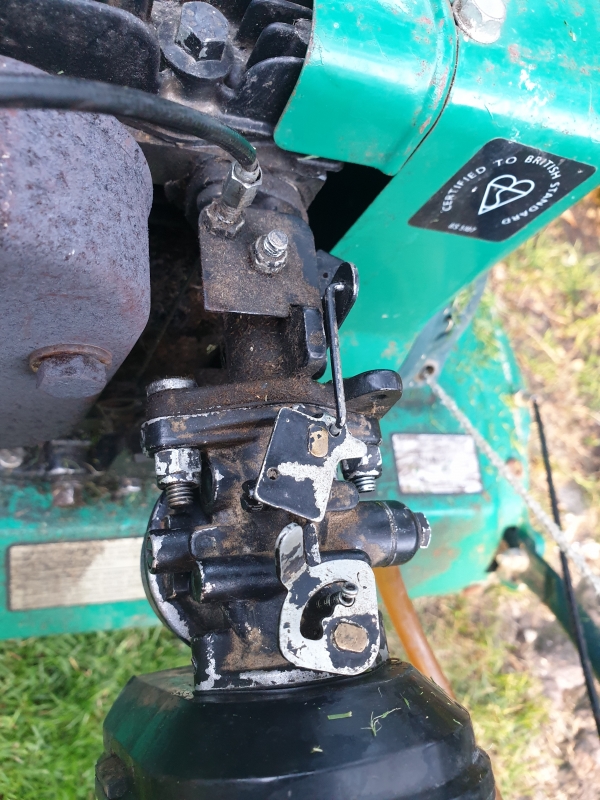 I've just become the proud owner of an old Suffolk Punch 43S and have been giving it some TLC that it hasn't seen in a while.  Overall it seems in good condition considering the age - the clutch for the roller works and, when I can get it to idle, the cutting cylinder doesn't rotate. The engine started after an oil check, petrol, full choke and a few pulls but was a bit lumpy and not really controllable.

I can't help feeling that it is just a matter of adjustment to get this working properly but I am afraid that I don't know the settings to set it back to.  I enclose a few pictures of the suspect areas in case they show that a crucial spring (or whatever) is missing. Any advice gratefully received.

First you need to understand

First you need to understand that the handle mounted throttle control only pulls ;  the return action is provided by that large hairpin spring . When you move the throttle lever past slow to stop, that spring should pull the link on the end of the cable to touch the cut out terminal on the back of the throttle plate - the opposite side to where that thin black kill  wire terminates.

Looks like that area could do with a good clean up, so make sure that the throttle cable is free moving and the link is earthing out the kill wire . It may even be that sorting that issue, improves the throttle response.

I'll give the area a good clean up and take it from there.  The parts do move at the moment but its obviously not right and a clean should help free things up.   I'll make a point of checking why the kill switch is not connecting at the same time and we will see if it helps the throttle response.  A good job for the weekend.