I've just dismantled a 1950s cast iron Punch . Scruffy and rusty machine but with a much better cutting cylinder than one of my preserved machines. On removing one of the cylinder bearing carriers I found a steel seal of a type that I've never seen before. Unfortunately the one at the other end was rusted to nothing so I emailed OLC member Jon Cruse at the Hailsham Mower Centre in the hope that he would be familiar with this type of seal and that he might even have one in his extensive stock of obsolete parts.

Disappointingly he did not recognise the seal as ever having been an official Suffolk part and suggested that it could be a DIY adaptation. He's probably right but the part looks just too well made to be something knocked up in a home workshop. If it is home made someone must have been fortunate enough to find just the right sized tin lid before making a hole for the shaft.

Has anyone seen a similar seal on a 1950s Punch?

Normal seal which is still available from The Hailsham Mower Centre 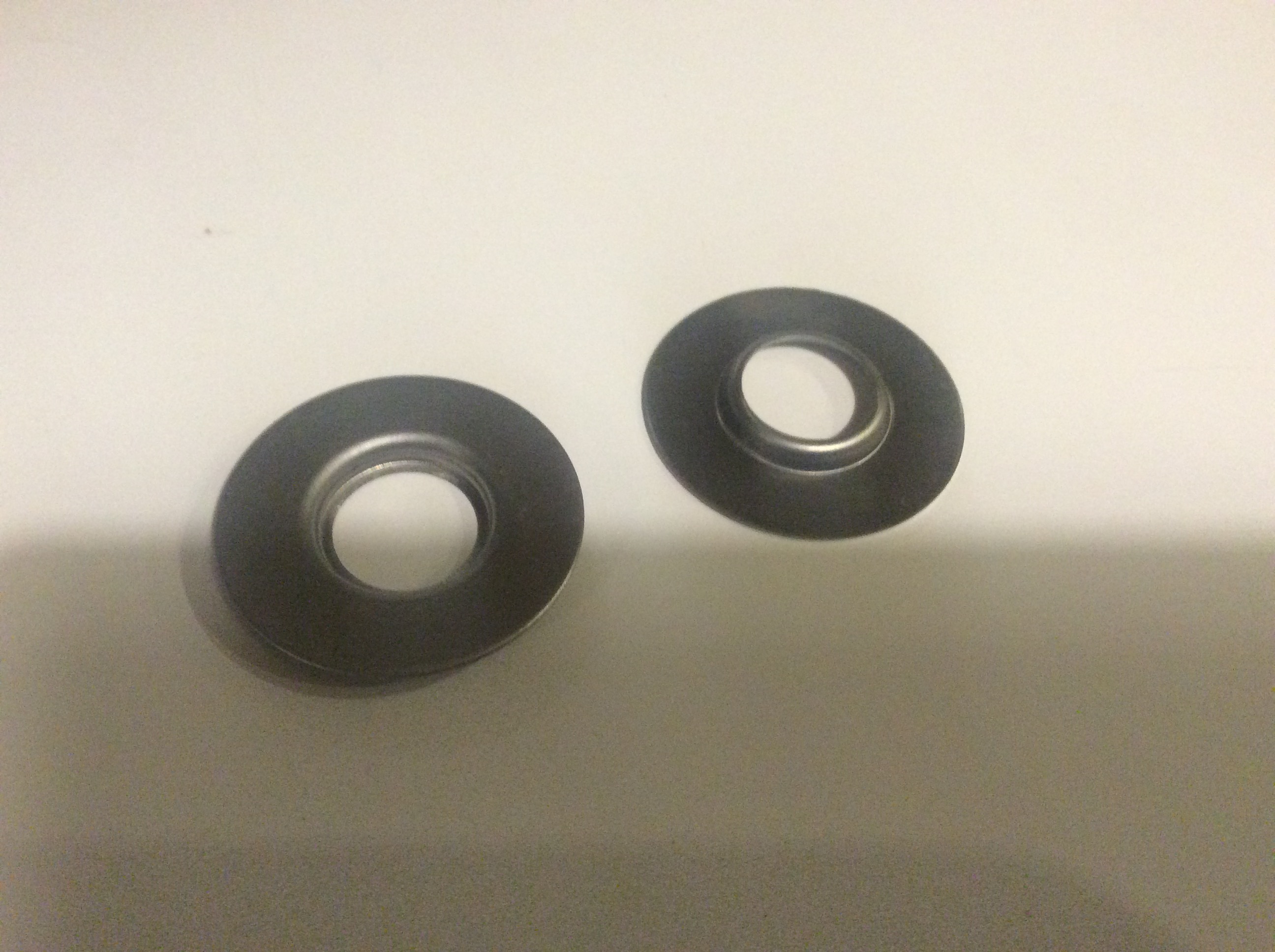 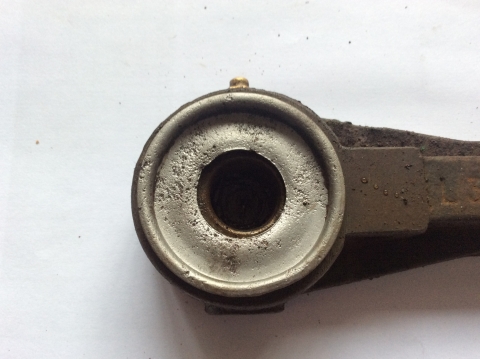 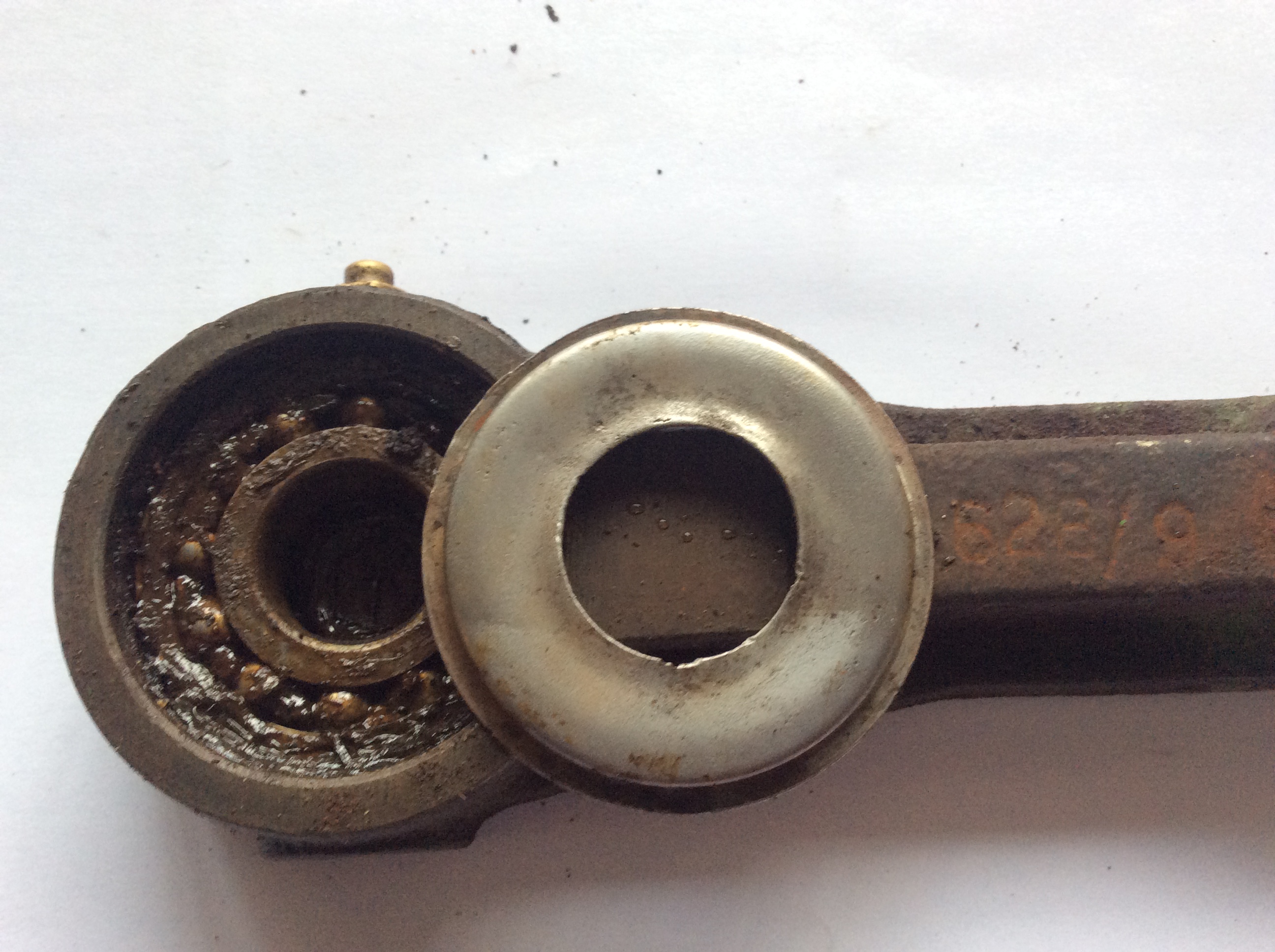 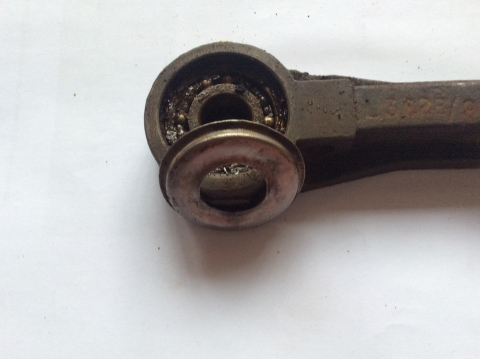 It does look DIY, especially

It does look DIY, especially the out of round hole, but the pressing is pretty good.

Needs must, as my mechanic grandfather was fond of saying.

Needs must  - indeed, the

Needs must  - indeed, the pragmatic approach to problem solving, in this case the fortuitous appearance of the right sized tin lid!

. I thought that I'd found one on a little tin of wood filler but its about 1.5mm out so the unit will be reassembled with the correct seals.

Hi I am a bit new to this, but to expand my knowledge, could you use an RS bearing, or does it have to have seals seperate, I have bought RS bearings for my Atco rebuild, do you think they will be ok.

The majority of domestic

The majority of domestic Atcos made since the 50s use rigid bearings together with separate seals or dirt excluding washers " - sometimes plastic and sometimes steel.  In some applications there's no reason why you shouldn't use rigid bearings incorporating either rubber or steel seals . However while keeping the dirt out the ​ seals also prevent the periodic addition of lubricant to supplement that incorporated at manufacture.

If you post an image of what you have we can give you a more specific answer.

thank you for that, I will attempt to get a picture to you.